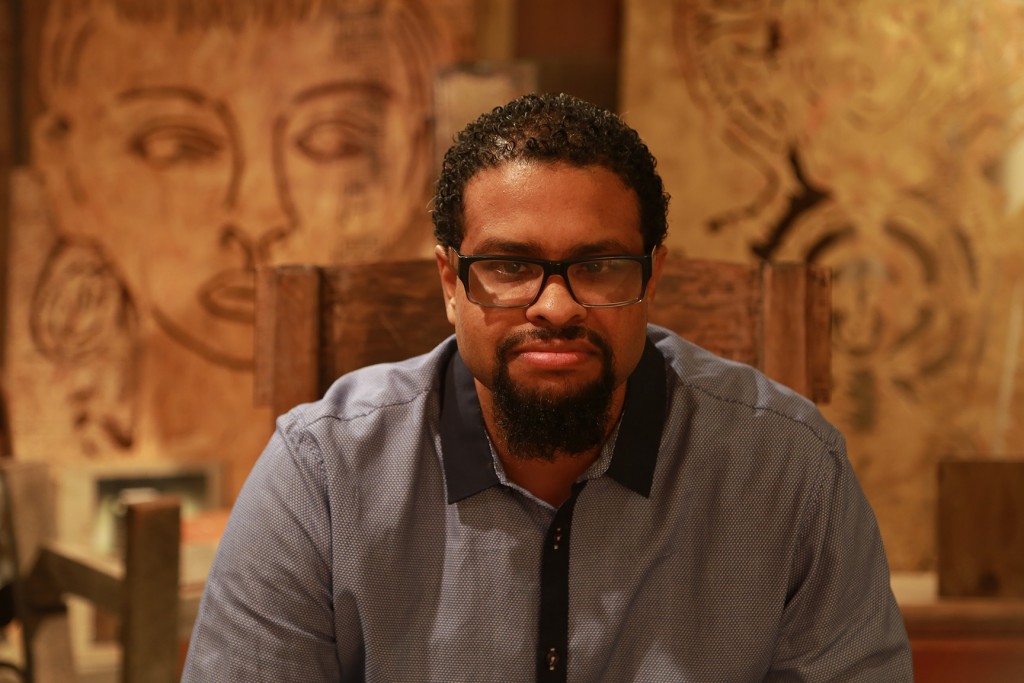 At the Museum of Contemporary Art, we sit at the large table inside Faheem Majeed’s piece “Planting and Maintaining a Perennial Garden.” Two museum patrons crash my interview for the chance to speak with the artist. Piece by piece, they share a dialogue about Majeed’s ideas and their impressions of his work. We are, he tells us, in a re-creation of the South Side Community Art Center, a space he ran for seven years. “It oozed into my being. I know everything about that space.”

Majeed brings us there. He pays homage to the inspiration and influence of Dr. Margaret Burroughs. He’s literally built a South Side institution—created by black artists to honor black work—thirty blocks north on Michigan Avenue at the venerable Museum of Contemporary Art.

The patron calls it a “transplanting.” Majeed replies: “It is. There are subtle things: loaded content, but a minimal gesture. When I look out, I see a framing of the museum. When you look in, you’re seeing something else.” 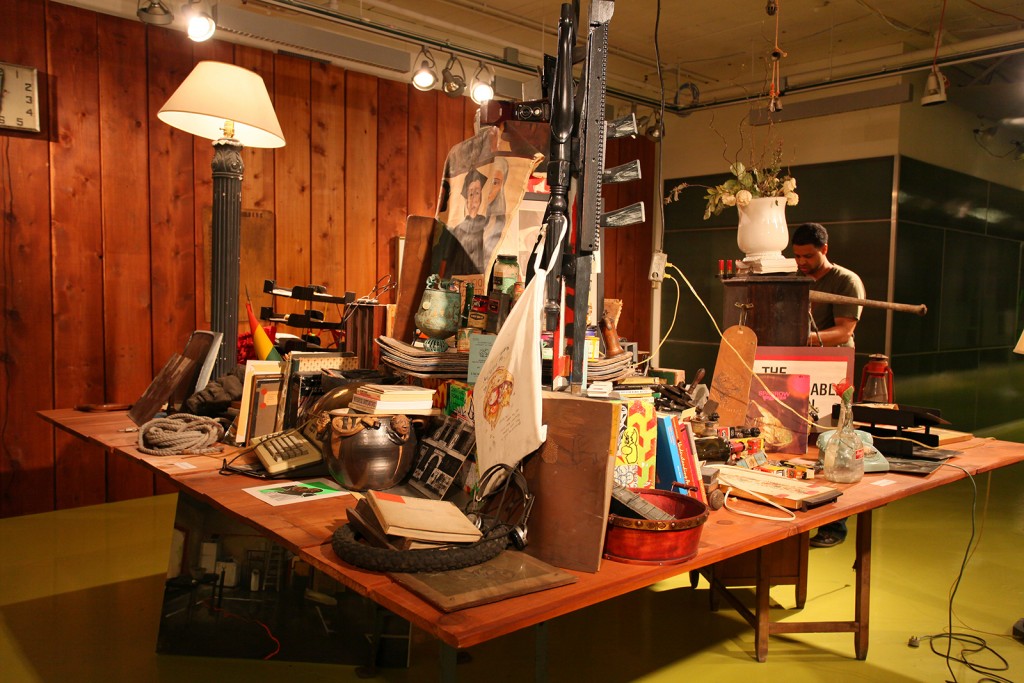 In 2013, when Majeed produced “Shacks and Shanties,” he was talking about a vacant lot on 71st Street in South Shore that no one seemed to care about. He built a shack on it. People threw rocks at it. The alderman sent a bulldozer for it. Perceptions about beauty were on full display. Art or an eyesore? “That’s real input,” he says. “It was never about the shack; it was the conversations around it. If people cared as much about the space before I put a shack on it, maybe there wouldn’t be a vacant lot in the first place.”

Now that he’s at the MCA, the conversation changes tone. “People come to spaces like the South Side Community Art Center and they get something else and feel like they have to leave that space. What if they didn’t have to leave? What if there was a refusal to say that one space was more valuable than the other?

“What if we said that one was more valuable in another space?”

His new work explores the fluidity and flexibility of the museum typology. He’s in public residence at the Chicago Cultural Center, working on a floating museum in collaboration with Jeremiah Hulsebos-Spofford and architect Andrew Schachman. The work, which is inspired by the DuSable Museum of African American History, will move through communities, float down the Chicago River and land at DuSable Harbor. “What if,” Majeed asks, “a museum could be completely malleable to its community, collapsable and change and switch directions?”

Back at the MCA, he’s bringing his community with him. His work pays homage to his South Shore neighborhood, his mentors, and his family. Through programming, he’ll invite partners and collaborators to share his platform. We’ll even get a glimpse inside of his home, when his wife joins him for a program in August to reveal the conversations about art shared amongst family. Both an artist and a curator, Majeed says, “I have a certain amount of access and I want to give others that access. A lot of my work is creating platforms for other organizations or people that I believe in. So, I get this opportunity and I want to bring other people with me.” (Krisann Rehbein)

Faheem Majeed shows at the Museum of Contemporary Art through August 16, 220 East Chicago.

[…] Faheem Majeed, one of four directors at the Floating Museum, told Chicago’s Newcity Art in 2015  that the museum was inspired by the origin story of the DuSable Museum of African American […]

[…] Faheem Majeed, one of four directors at the Floating Museum, told Chicago’s Newcity Art in 2015  that the museum was inspired by the origin story of the DuSable Museum of African American […]