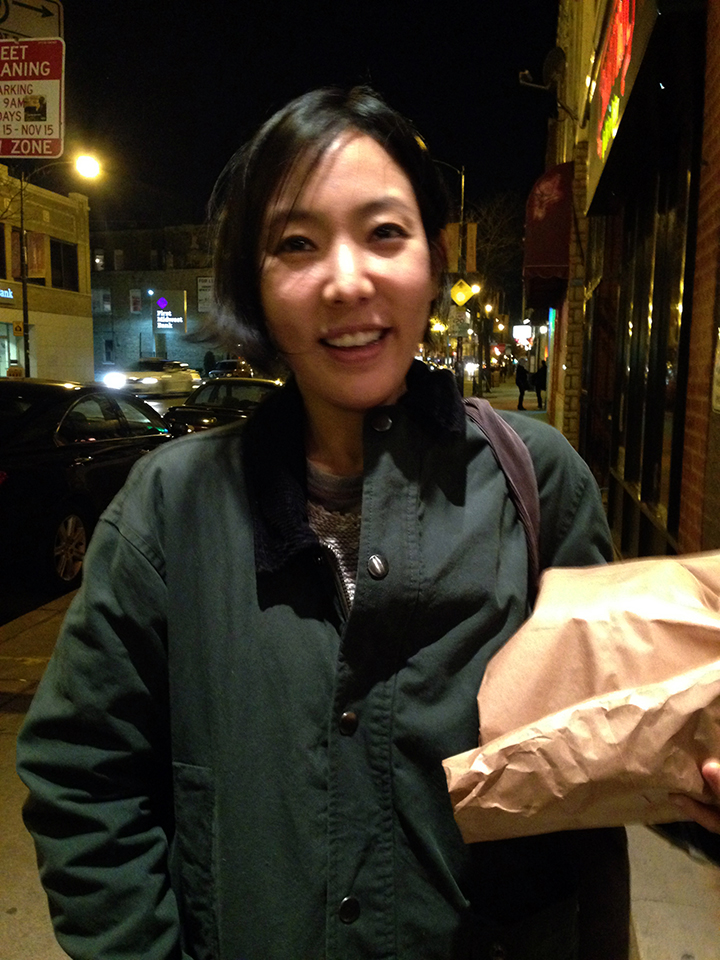 “It’s like searching for something with your eyes closed,” says Soo Shin as she stares down at her own reflection in a pool of cast black resin in her River West studio. Tinged with meditation and mystique, Shin’s practice explores the ongoing struggle in seeking truth and having faith in something we cannot prove. These thoughtful gestures, subtle though they can be, haven’t gone unnoticed: in the four years since completing her masters at the SAIC, Shin’s exhibition record has expanded to include projects around Chicago and the United States. In February, her two-person exhibition with Liz McCarthy at Wicker Park’s Heaven Gallery provided viewers with a vista of work that physically mapped out the artist’s psychological exploration of a spiritual world that she sees as “anything but black and white.”

A native of South Korea, Shin obtained her first MFA from Ewha Womans University in Seoul before moving to Chicago in 2008. As in her life of moving from one social and cultural context to another, Shin’s sculptural works often include objects and materials with previous lives—surfaces recorded with history and use—in ways that are reflective and even metaphorical. Shin admits, “I make a lot of work, but not everything is successful. When I create I’m thinking about how I can take the piece apart… I reuse parts of unsuccessful works to make new work.” Hardly a move to circumvent failure, this reuse loads her resultant installations with secret histories of trying and trying again, inching what can be known about physical objects and the lives of those who manipulate them toward a quietly looming space of not knowing. 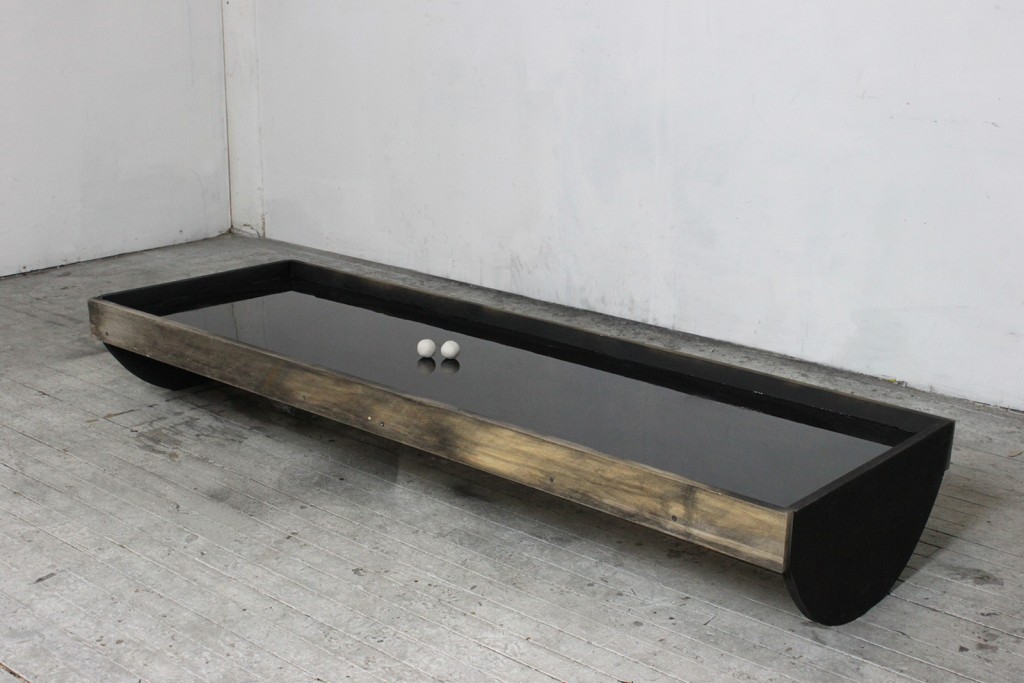 Back in her studio, Shin ushers me toward a newly finished cradle-like structure of distressed wood that has been poured full of smooth black resin, forming a tranquil ebony pool that reflects the walls around it. “I’m creating the absence of body,” she explains. Atop the shiny surface rest two white balls—blank eyes peer vacuously out of the darkness, corporally proportionate in size and position.

In her recent residency at the MacDowell Colony, Shin stayed in an isolated cabin and spent a large amount of time writing and silently reflecting on her practice. “Writing comes first, then I translate the concepts into physical form,” she says in a somber tone. “I don’t tell people about my poems because I don’t want to show them. They’re very personal to me.” She’ll continue this introspective work at two upcoming summer residencies at Ox-Bow and Art Farm 2 in Nebraska. (Maria Girgenti)