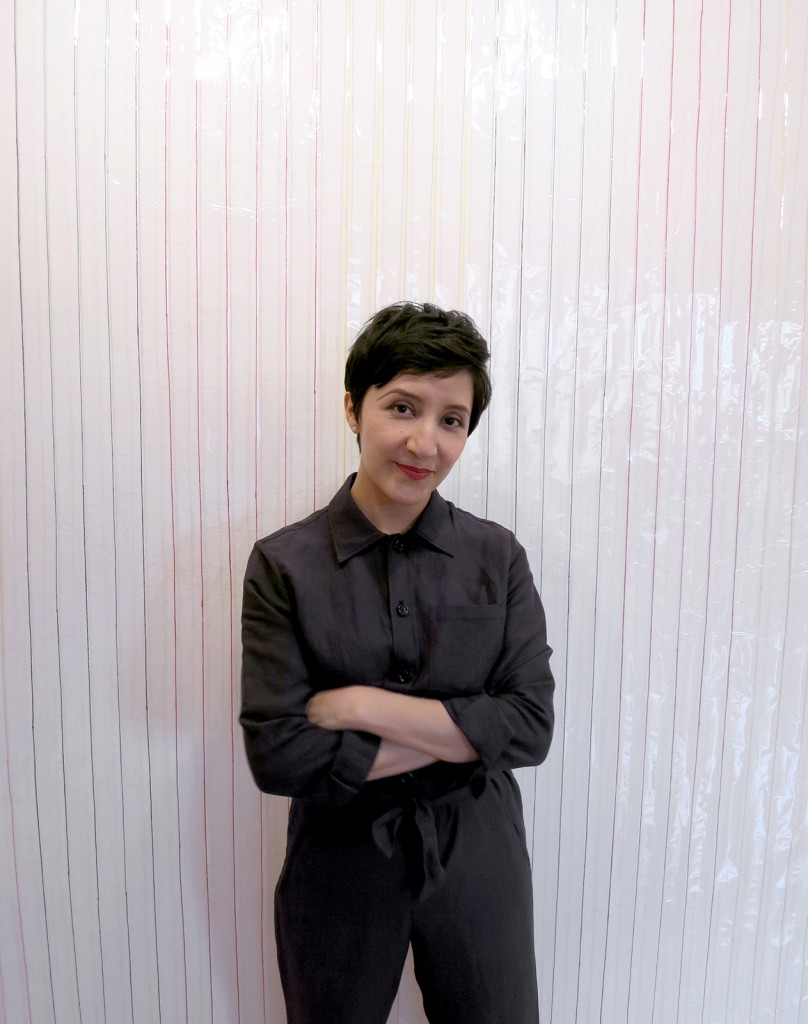 Maria Gaspar standing with her artwork “See Through Eagle and Serpent Eyes,” currently on view at the Riverside Arts Center

On a warm day in 2009, Maria Gaspar walked into Arizona’s International Wildlife Museum. With her camera in hand and Guillermo Gomez-Pena’s performance troupe La Pocha Nostra by her side, Gaspar and her fellow residents worked their way through the space, staging and documenting spontaneous interventions amongst the displays. In one room, a bear pelt lying on the ground grabbed Gaspar’s attention. Kneeling down on all fours, she crawled beneath the fur and began to snap a series of pictures under the skin.

“I really loved that experience because it helped me think about visibility and invisibility,” Gaspar concludes her flashback as we sit at a large table in her Chicago studio. “The moment was spontaneous and mythological. I feel like that’s always a thread in my work… things you see and things you don’t see.” She rises from the table to pick up a nearby stack of drawings and watercolors. “There’s a freedom in imagining something,” she continues. “The ultimate freedom is having the ability to reimagine yourself or to imagine a new self.” She holds the petite works up for me to see—brown furry creatures and textured wild things crouch and stand atop clean white backgrounds. 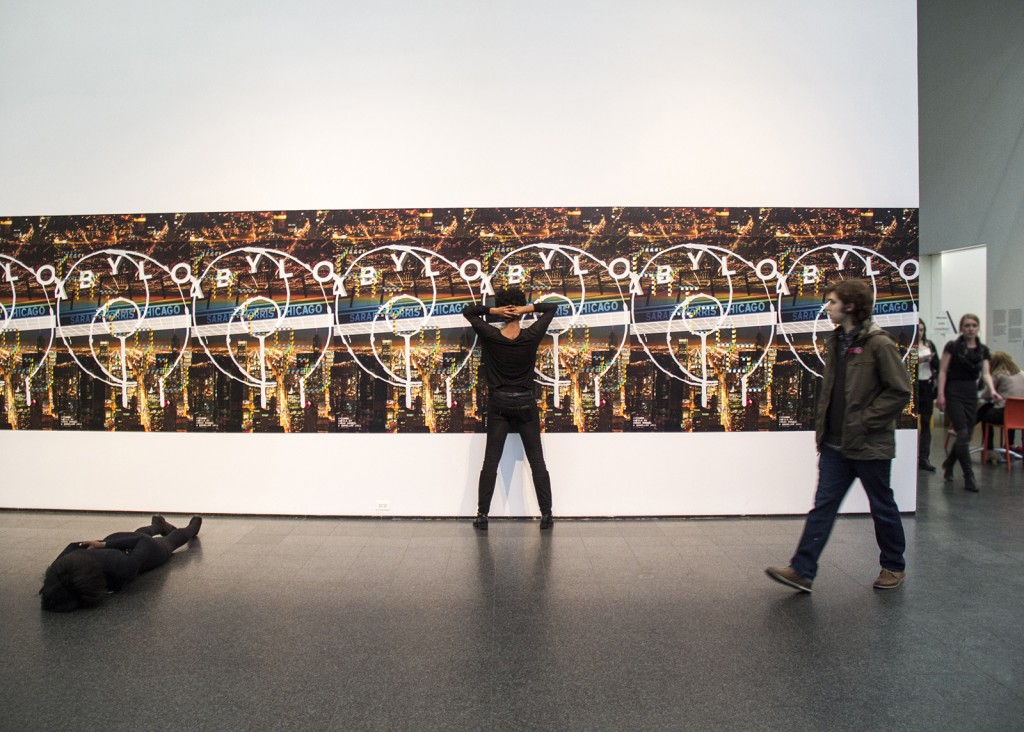 Although Gaspar’s studio is located in East Pilsen, the roots of her practice are found deep in Little Village’s West Side, an area she describes as very dear to her heart. “Art is not made in a bubble,” she insists. “I like art that is pushing against something.” She continues by referencing 96 Acres, a project she founded in Little Village in 2012. In an effort to highlight the looming impact the Cook County Jail has on the individuals who have built their lives around it, 96 Acres activates the space outside the sprawling structure through community-engaging, site-specific art projects and performances.

From stenciled projects on the jail walls to image theater using formerly incarcerated people, Gaspar’s diverse initiatives have recently been recognized with a prestigious Creative Capital Award, which she’ll use to create a series of audio projects, most likely with radio as a medium. “Sound can bring out emotional spaces,” she explains. “I want to make spaces for interpretation, for understanding and for thinking. To me, that’s the power of sound.”

Along with her Creative Capital Grant, in 2014 Gaspar was also awarded a Maker Grant through the Chicago Artists Coalition and a feature in the Chicago Tribune that honored her as the Chicagoan of the Year in Visual Arts. Currently (when she’s not at SAIC, where she teaches daily), she’s in the midst of organizing a 96 Acres show of interactive and performative work at the Hull House, and will be attending residencies at Hyde Park Art Center and Project Row Houses in Houston.

Moving on from my questions about her many past and present accomplishments, Gaspar directs the conversation forward toward what’s next: she wants to open her own project space on the West Side. With sparkling eyes she lays out a blueprint made of words—a “laboratory” for collaboration, freedom and exploration. (Maria Girgenti)