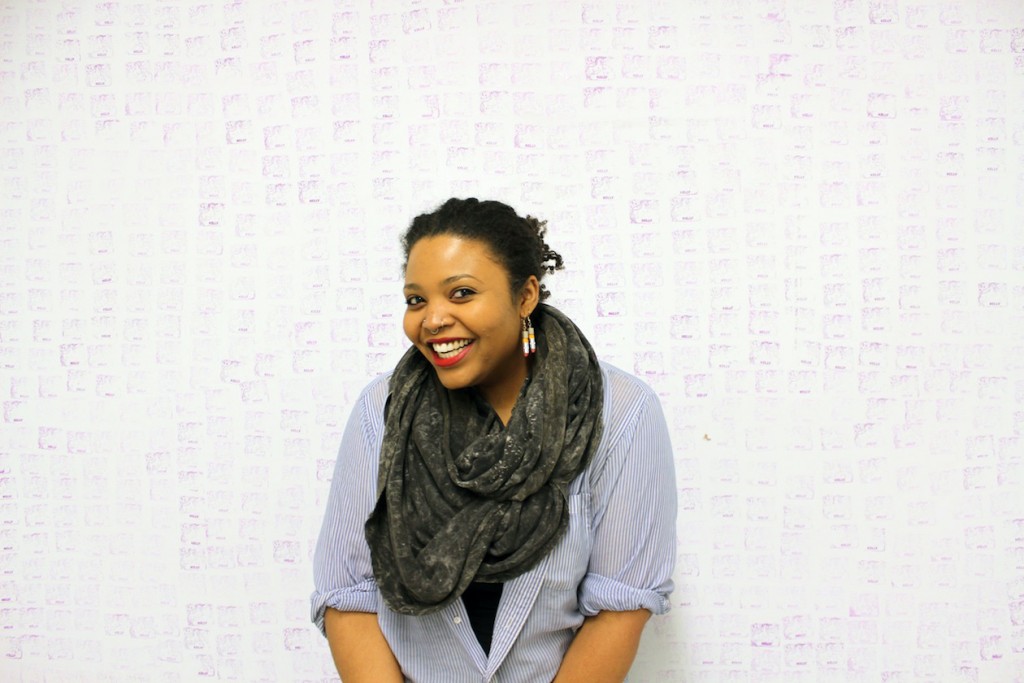 Kelly Lloyd “sneaks” everyday materials into galleries by placing them in plain sight. By flyering an entrance, redesigning the interior of a gallery’s bathroom, or subtly painting an institutional space’s elevator doors to match the color of her skin, her work “destabilizes stock relationships between looking and understanding.” Lloyd purposefully places her pieces just outside of the traditional areas of analysis and contemplation, installing works in hallways, foyers, elevators and bathrooms.

In her most recent group exhibition, “Closer Still” at the Chicago Artists Coalition (CAC), Lloyd flyered the front stairwell. The artist’s flyers contain both personal text and random juxtapositions which lose a possible sense of familiarity when placed within the context of the gallery. Lloyd positioned her work similarly during last fall’s “Retreat,” an exhibition curated by Theaster Gates at Valerie Carberry Gallery. Her piece “Accept the challenge of a mighty land,” included a literature stand filled with vague brochures with subject matter ranging from “Should my dad’s girlfriend pay for my trip to Germany” to “How do you deal with a racist wedding photographer?” Their blank interiors served as both a denial and truth to their humorously personal inquisitions. 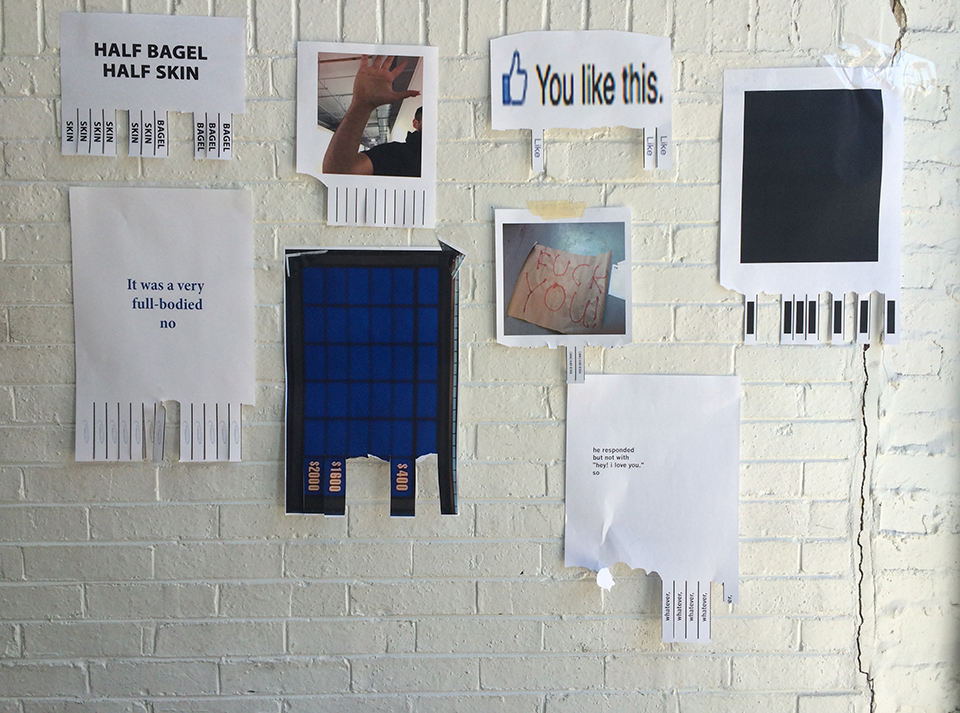 Lloyd chooses to work within these traditionally ignored spaces or forms of communication “because I know people won’t LOOK at the things I put in liminal spaces, I can put incredibly personal and ridiculous things in there. Things that I would usually be hesitant to offer up. It’s like I’m shouting in a different register.” Lightly funny and ultra sincere, Lloyd’s work provokes issues of identity when she displays her personal attributes in the same manners that they are often rendered invisible in society. Lloyd scanned her own skin at Ace Hardware to produce her 2014 “I painted the elevator doors the color of my skin. C1, 21,1–EO,13,O–KXO,22,1–V0,37,O.”

In addition to installation, Lloyd also uses lecturing as a type of performance in her practice. “By performing scholarly research with seemingly straightforward and superficial content,” says Lloyd, “I hope to explore the performative nature of knowledge production.” Last April she presented “Proposal Papers” at Harvard Film and Visual Studies’ Inaugural Graduate Conference “Process: In Medias Res,” including a long rant about how much she hates James Franco. On April 25, Lloyd participated in a series of lectures around the topic of desire with Em Kettner and Danny Volk at Kavi Gupta. She’s currently working with the roving gallery project TRUNK SHOW for a contribution to Threewalls’ annual gala bash on May 29. (Kate Sierzputowski)