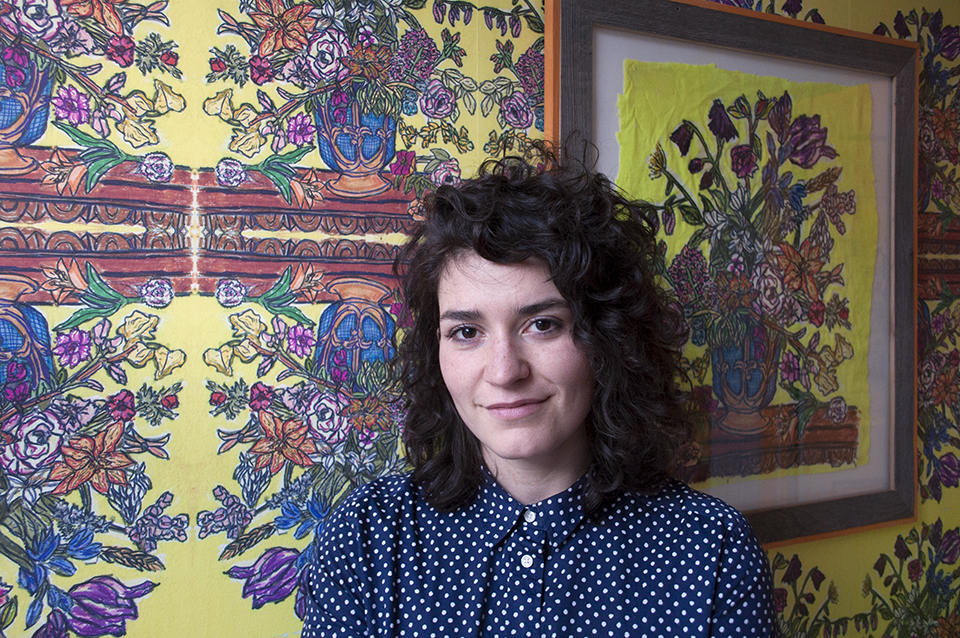 Maddie Reyna photographed at Dreamboat in Chris Edwards’ installation “Fill It Up,” 2015

“It starts with a small pink seashell painting and ends with the total rejection of history. Throw a wink in there and you have the tone I’m after.” It’s precisely the pairing of overly pretty aesthetics with acute power plays with dominant art world authorities that has pulled Maddie Reyna to the fore of Chicago’s alternative gallery culture. Last year, Reyna wrote letters to powerful galleries and museums around the country under the nom de plume Casey Goodman to initiate discussions about gender statistics in their exhibition programs. Printouts of the letters were shown at Julius Caesar in East Garfield Park alongside paintings and prints embellished with sweetly hued emoji. One of the ways that Reyna sees power shifting is in the move from attention toward the discrete art object to that of the exhibition, “Questioning these conventions of presentation, the way in which to exert or secede power over your audience became my number-one interest.” 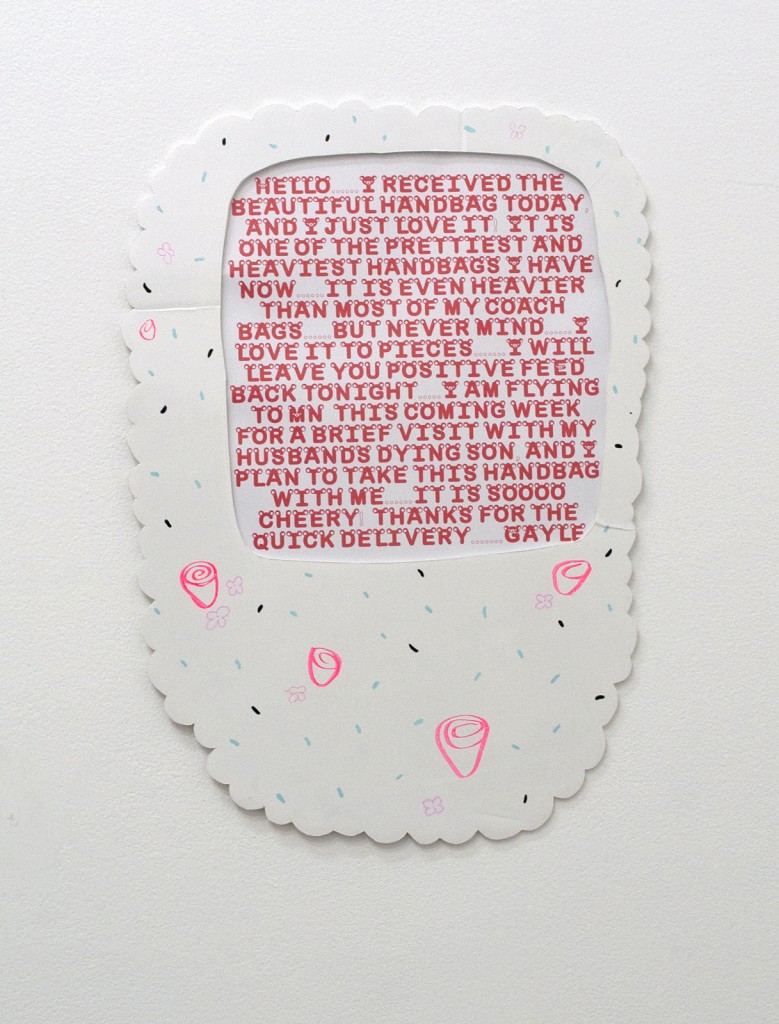 Reyna’s investments in these issues of exhibition and audience aren’t solely those of the studio artist. In 2013, she joined the collective of artists who operate Julius Caesar just as the last of the founding members relocated to New York, and earlier this year a floridly floral installation by artist Chris Edwards inaugurated the new apartment gallery Dreamboat in a spare room of Reyna and her partner Levi Budd’s Pilsen home. Along with her full-time position at the influential website Contemporary Art Daily, Reyna’s gallery endeavors allow her to explore what she describes as the complex “efforts of a group of people who think strongly, don’t like the same work, and fight hard for its right to have platform.”

In her studio, Reyna is a shoplifter, an aspiring screenplay writer and a purveyor of saccharine sentimentality. In February at an artist residency in Reykjavik, Iceland, she wrote a screenplay based on a short story her mother wrote at age thirteen in which a class of school kids are murdered in outer space. For the works she’ll exhibit at Roman Susan opening May 9, she’s been shoplifting accessories from Claire’s and Forever21 that will be inset into painted displays. “The accessories I take are always selling an identity and secret ideology to young women… I’m stealing them because I see this act as also an unsuspecting protest of capitalism really fueled by the want of a pretty object.” Roman Susan hosts one of five exhibitions Reyna’s preparing work for this year; her busy schedule is another attempt to complicate what receives attention. (Matt Morris)