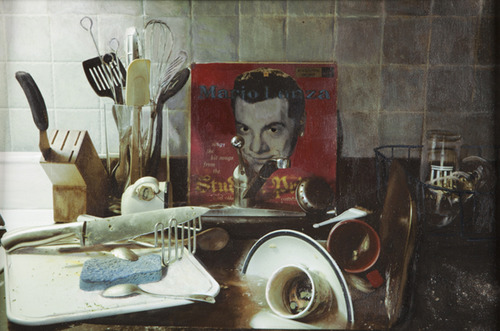 Among the nine photographers and photo-artists on display in Schneider Gallery’s clean new space, two newcomers, Rebecca Memoli and Doug McGoldrick, offer the most magnetic and arresting images by taking the timeworn move of painting or drawing on photos in new and provocative directions. Memoli, who does constructed tabletop still lifes, paints so finely and precisely on her base photographic image, which she has printed on canvas, that she succeeds in taking revenge on photo-realist painting, to the point of leaving indiscernible traces of the bare base image to show through the facade. The photo-realists simulated photography, whereas Memoli simulates painting. She also composes beguiling arrangements of objects, such as in “The Mess We’ve Made,” where we see a kitchen counter filled with dishes and utensils, some unwashed, lying on their sides in an elegant jumble, presided over by a poster of the bygone crooner, Mario Lanza. This is a scenario at which to stare in order to experience its humor. 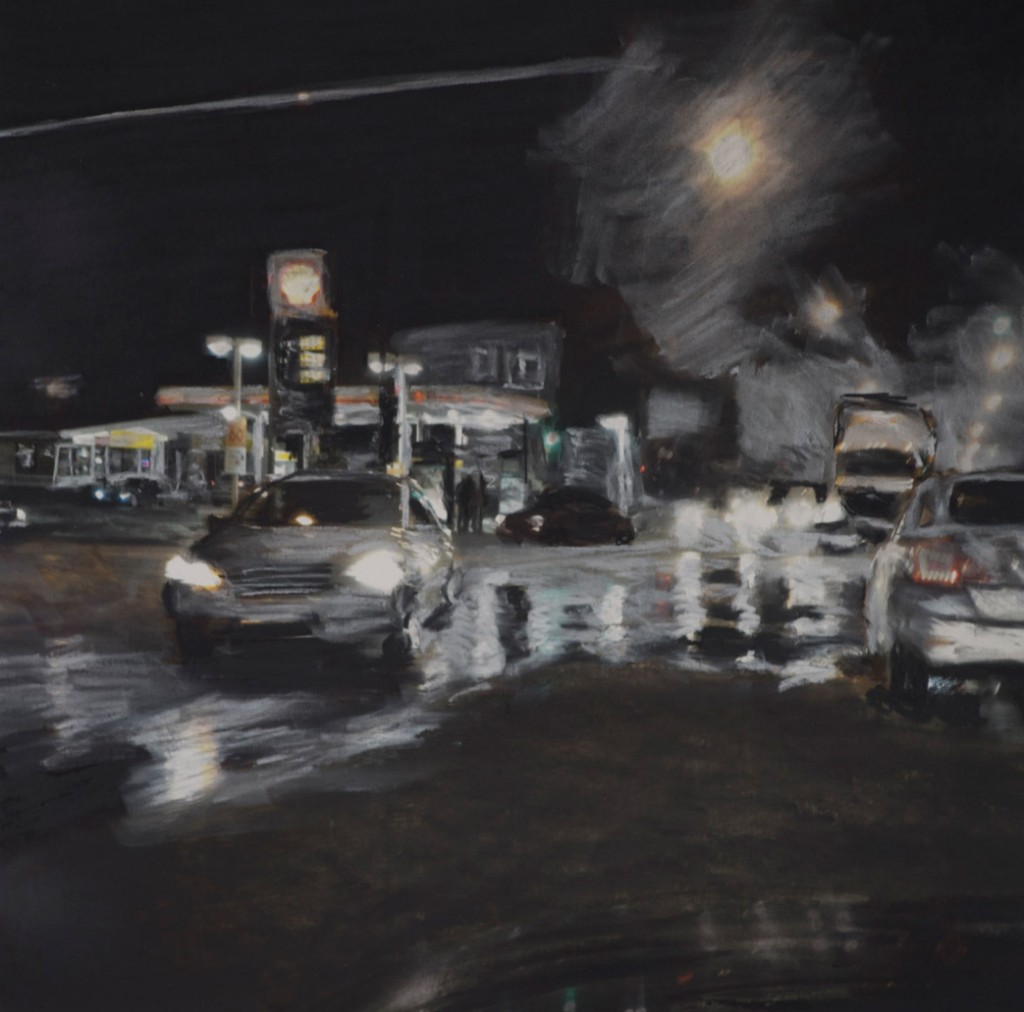 McGoldrick takes a different approach. Look at his photo-works from a distance of five feet or more, and you will think that you are looking at straight photographs; come closer and the image begins to fall apart into a melting miasma. An evocation of the film noir aesthetic, “Night Driver” shows a car in the foreground heading out of a gas station, into what McGoldrick has made, through the application of charcoal to the base image, an unremittingly rainy night ripped by a ball of whirling light. Everything falls apart into maleficent shimmering Jell-O. If you have ever been worn out and had to drive through the night rain, you will remember the bleary-eyed perception that McGoldrick has captured.

Memoli’s photo-works are, for themselves as aesthetic objects, arresting; but they also perform an art-theoretical move, adding to conceptual art’s visual discussion. McGoldrick uses the hybrid to make an existential commentary on life—it’s a mess behind the normalized facades. That is something about which these two very different photo-artists agree, as they work so skillfully, precisely and appropriately. (Michael Weinstein)