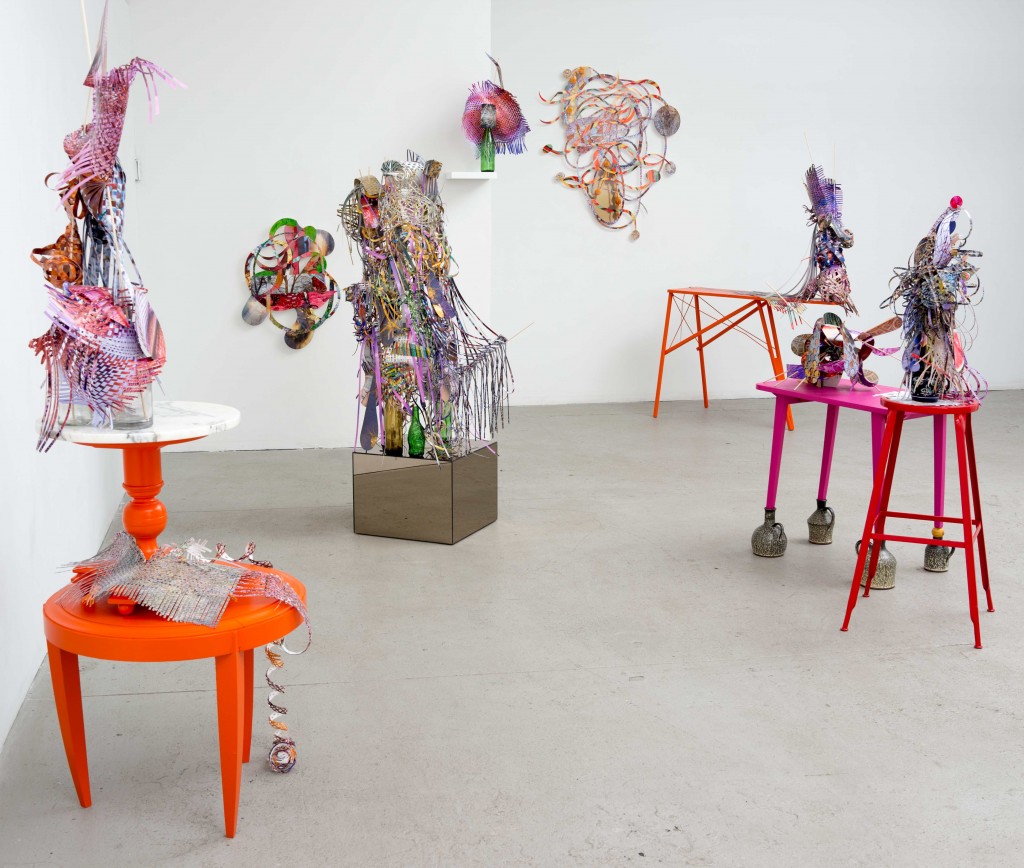 There is a video-game term that applies to art making, called “leveling up.” It’s when you make it to the next round, when you discover something game-changing, when you go out on a limb and make such a big step in the right direction that you are suddenly on a higher plane. You leveled up.

Local photographer Aimée Beaubien leveled up with her new body of work, “Twist-flip-tremble-trace.” She took her collages off the wall, weaving strips of photographs together to create the effect of psychedelic cobwebs, held together with dowels and clothespins so that they stand up and command space in the room. These Wonderlandian creatures are precariously perched on cartoonish furniture—an orange painted ironing board, a mirrored pedestal, a low, hot pink table, often incorporating ceramic jugs and glass bottles. Smaller works sit on shelves and hang on the walls, including some new, two-dimensional works, acting as satellites to their larger counterparts. The result is a dizzying installation of optically wiggling, animal-like forms. 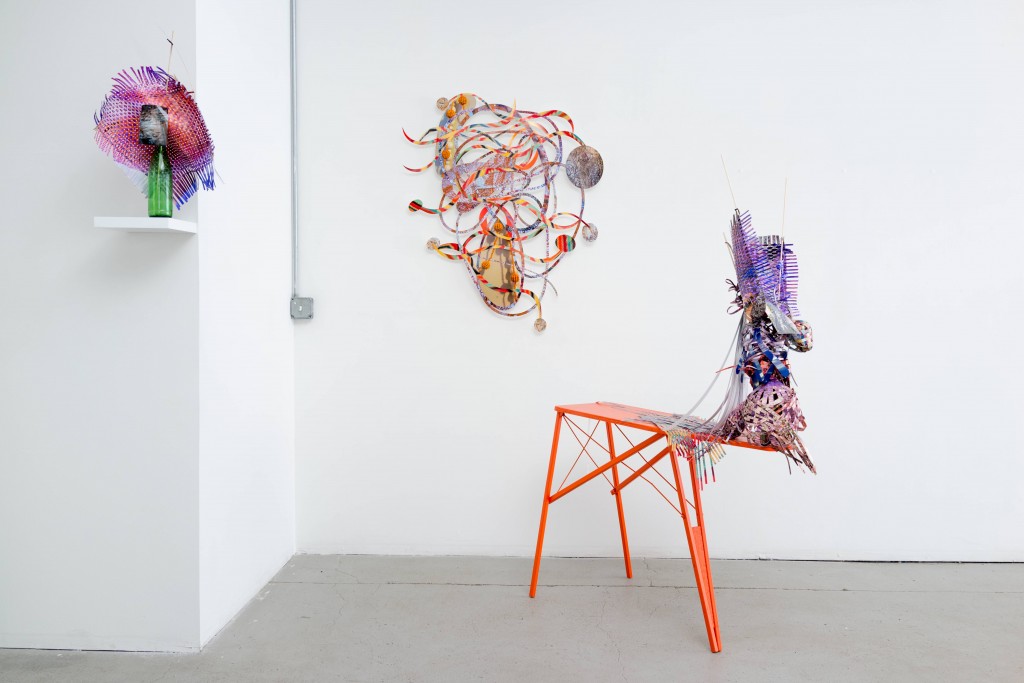 “Twist-flip-tremble-trace” reads as a carnival of perception, an exuberant leap into the future of media hybridization. With these opulent and optically perplexing arrangements, Beaubien antagonizes our brain’s yearning to make sense of spatial arrangements, and it feels like a fun game that we could happily play forever and never win. (Kelly Reaves)

Through May 31 at Johalla Projects, 1821 West Hubbard