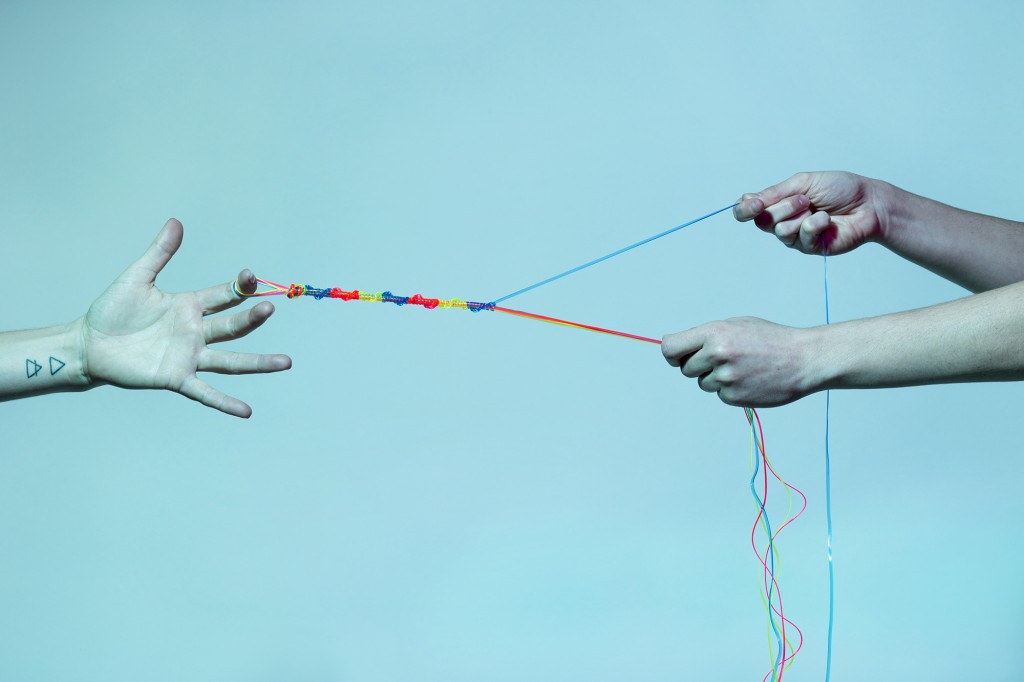 “We can all be feminists,” is the emerging motto of today’s feminism, and it rings clear in “Feminism (n.): Plural,” curated by recently appointed director Claudine Isé. The exhibition was inspired by Roxane Gay’s 2014 book “Bad Feminist.” She proclaims, “When feminism falls short of our expectations, we decide the problem is with feminism rather than with the flawed people who act in the name of the movement.” The exhibition displays a range of issues pertinent to women today, across borders, race, age and personal experience.

The exhibition is friendly and simultaneously confrontational. Frances F. Denny’s photographs of pop culture identifiers of girlhood bonding (lanyards and secret tattoos) speak to female millennials, who have invariably carried this aesthetic into adulthood. Denny’s images sit a few steps away from Michelle Hartney’s “Suck It Up and Get Over It” textile, using varsity letters to shout her message. The piece addresses the rise of Post-Traumatic Stress Disorder diagnosed in women after childbirth, caused by predatory medical practices that favor productivity over a woman’s emotional and physical well-being. 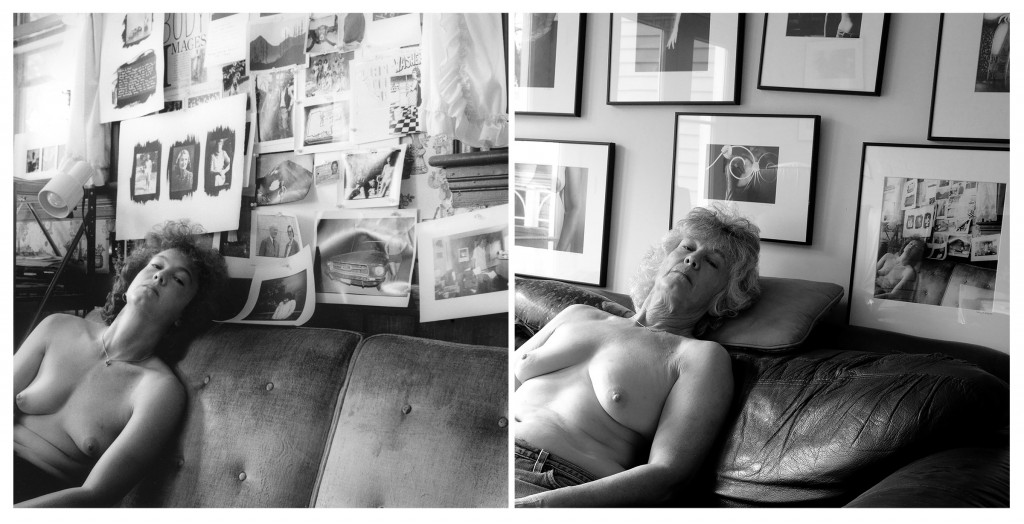 Nancy Roberts’ “28 Years Later” and Gabriela Guganovic’s “Allison” stand out. Both comment on aging and impermanence. Images of women in popular media reflect society’s fixation on youth, favoring perky, fertile females. Aging women are left out of scope. “28 Years Later” shows a topless portrait of a woman in her youth seated on a couch and, flash-forward, the same composition of the same woman twenty-eight years later. “Allison” depicts the mother as a motionless, stabilizing force, seated in bed as her children jump up and down.

“When we are talking about feminism we cannot ignore…” starts Gabriela Guganovic’s artist statement. She ends the sentence with the word “motherhood,” but the show can be archived through an extensive fill-in-the-blank process. (Cue hyper-sexuality, transgender rights, menopause, voting rights, black feminism, Islam and domesticity…) “Feminism (n.): Plural” is what “we” make it, a living and breathing manifesto carried by its many-bodied actors. (Whitney Richardson)

Through June 25 at Woman Made Gallery, 685 North Milwaukee.