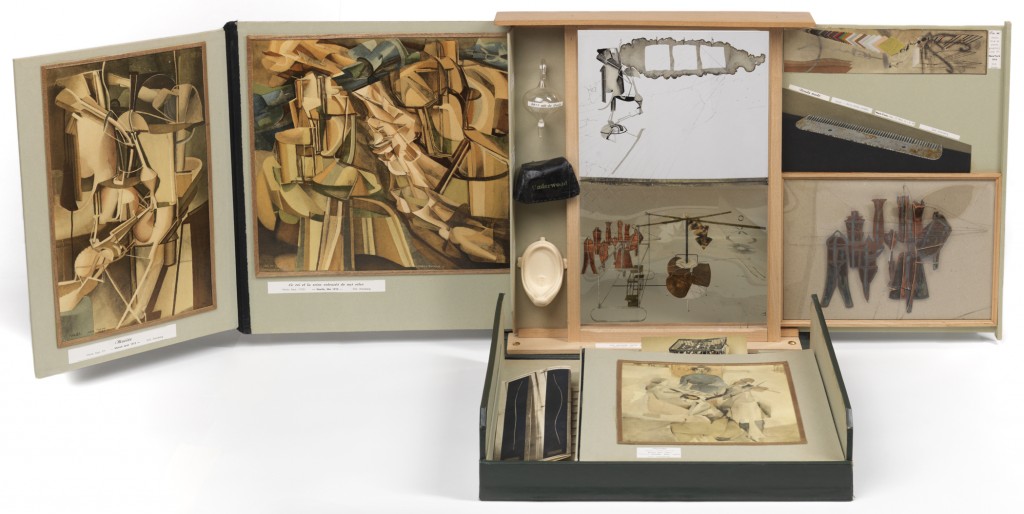 This show is meant to celebrate the Smart’s fortieth anniversary, but it actually amounts to a fresh rethinking of the collection and museum practices altogether. The spaces have been completely given over to seventeen thematic “micro-exhibitions” conceived by a diverse group of guest curators. These include professors from across University of Chicago’s campus, artists, retirees, interns and staff members. 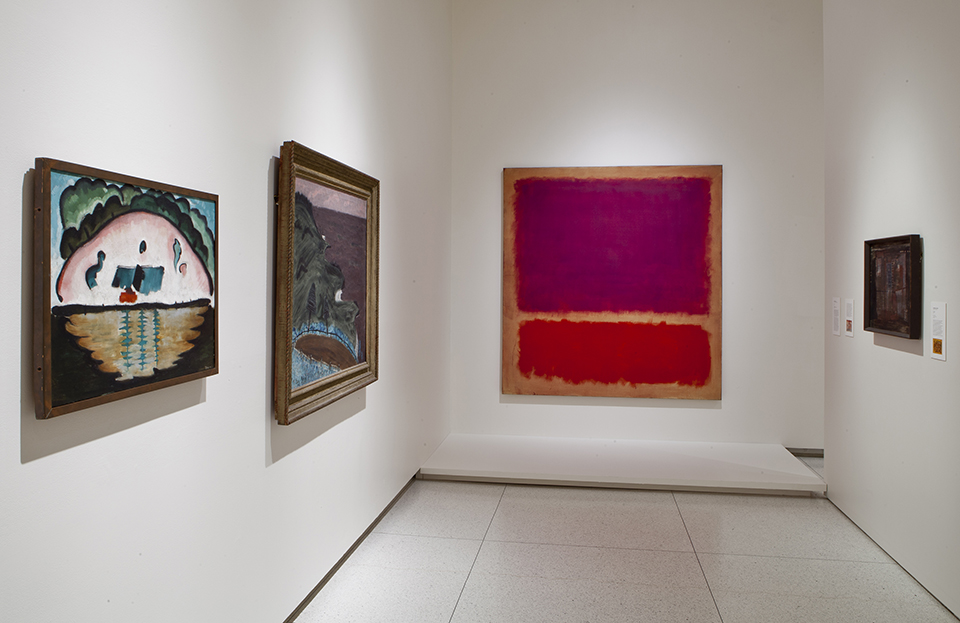 Installation view of Mark Rothko. “No. 2,” 1962, oil on canvas,
alongside works by Arthur Dove, Milton Avery, and Norman Lewis.

One walks through, taking in the collection’s chestnuts alongside rarely seen works from storage and on loan. Museums generally show only a fraction of their collection, so it’s good to take advantage of opportunities like this. (Sylvia Sleigh’s kooky painting, “Turkish Bath,” 1973, is more important than we thought.) The familiar floor plan is maintained—modernism followed by Asian Art, followed by Old Masters, followed by contemporary—but the works have been thoughtfully moved around, and the labels are new and inspiring. Micro-exhibitions are devoted to such themes as Mark Rothko, to “Japan at the Fair, 1876-1920” (the Asian art is, as always, striking), to “Fragments of the Medieval Past,” to “Romantic Inter-Mediality” and others. The artist Kerry James Marshall curated “The Naked and the Dead,” which displays darkly intriguing lithographs by Alfred Kubin. Marcel Duchamp’s miniature auto-retrospective, his “Boîte-en-valise,” is admirably laid out in its entirety. “Rong Rong’s East Village” is a haunting group of photographs of a former farmer’s village near Beijing. “The Museum Classroom” celebrates fifth graders’ responses to artworks in the collection, while “Paintings and Evidence” displays pictures with troubled provenances, conservation issues, and questionable attributions. Apart from these themed galleries, one can even see a display about the founding and evolution of the Smart Museum itself.

A thorough, well-organized (and free) gallery guide is nearly a catalogue, and well worth keeping. Each page is devoted to one of the micro-exhibitions, and includes an artwork and a pithy quote from its curator(s). The Smart houses the most important and encyclopedic collegiate collection in Chicago. Compact and welcoming, it both charms and moves. The poet Muriel Rukeyser famously said that the universe is made of stories, not of atoms. The same is apparently true of art, as this must-see exhibition abundantly demonstrates (Mark Pohlad).

Through June 21 at the Smart Museum of Art, 5550 South Greenwood.