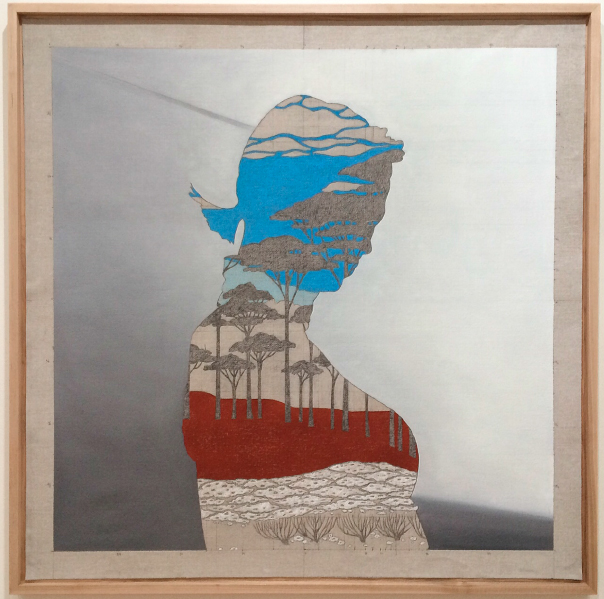 Jeffly Gabriela Molina. “Play with the scented flower. The young trees supple bough.
And leave my human feelings in their own course to flow,” 2015,
oil and pencil on linen, 44″ x 44″

Emily Dickinson’s 1862 letter to T.W. Higginson serves as a catalyst for the solo exhibition, “[My Business is Circumference]” at Kruger Gallery Chicago. Featuring the works of Venezuelan artist Jeffly Gabriela Molina, the exhibition introduces themes of character and literature, which support Molina’s ongoing exploration of selfhood. Dickinson, both aggressive and mysterious in her correspondence to Higginson, is the core foundation for Molina’s investigation of plural identity and the many manifestations of personality.

In the piece “To those first feelings that were born with me,” the artist centers an outline of a rooster—a symbol of both masculinity and domesticity—and employs the linen support and drawn grid to fill much of the painting’s surface. The combination of the two components create a plurality for the animal and symbolize the fluidity of identity. Additionally, the inclusion of the grid upholds underlying compositions and has been used as an instrument for themes of confinement, geometry and structure, which epitomize male dominance. 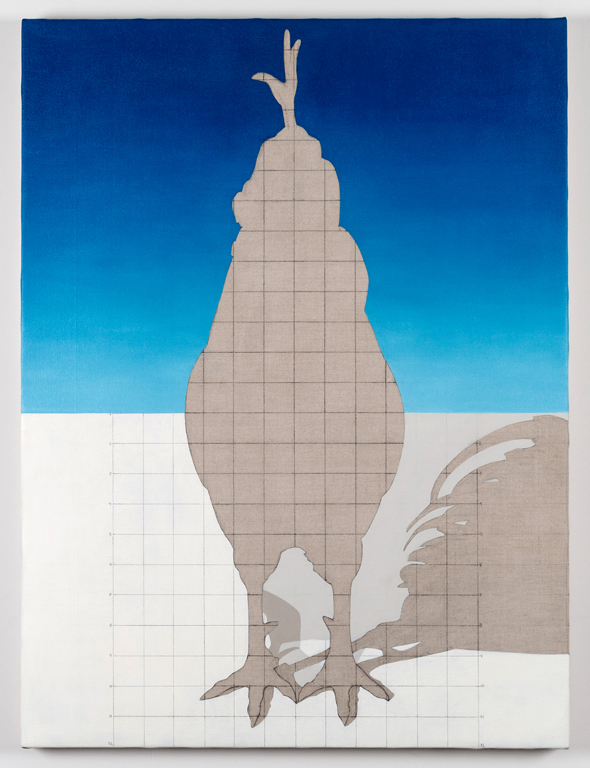 The pieces in the exhibition serve as portraiture: personalities are deconstructed and reinvented through English literature and specifically, female poets. “Play with the scented flower. The young tree’s supple bough, and leave my human feelings, in their own course to flow” features a silhouetted figure that is infused with illustrations of foliage and vegetation that actualize the title of the work, a line from Emily Brontë’s poem, “In Summer’s Mellow Midnight.” Molina’s curiosity in façades is investigated through texts from historical female writers and in turn, the texts are visually interpreted through paint and canvas. While the pieces are not individual self-portraits, each work is a sum of the many personas that are stitched together to make a whole.

Inhabiting Kruger Gallery, “[My Business is Circumference]” forges a personal inquiry about the unavoidable manipulations of identity. Rather than averting the topic, Molina embraces plurality and celebrates various personas through animals, poetry and functional pattern. (S. Nicole Lane)