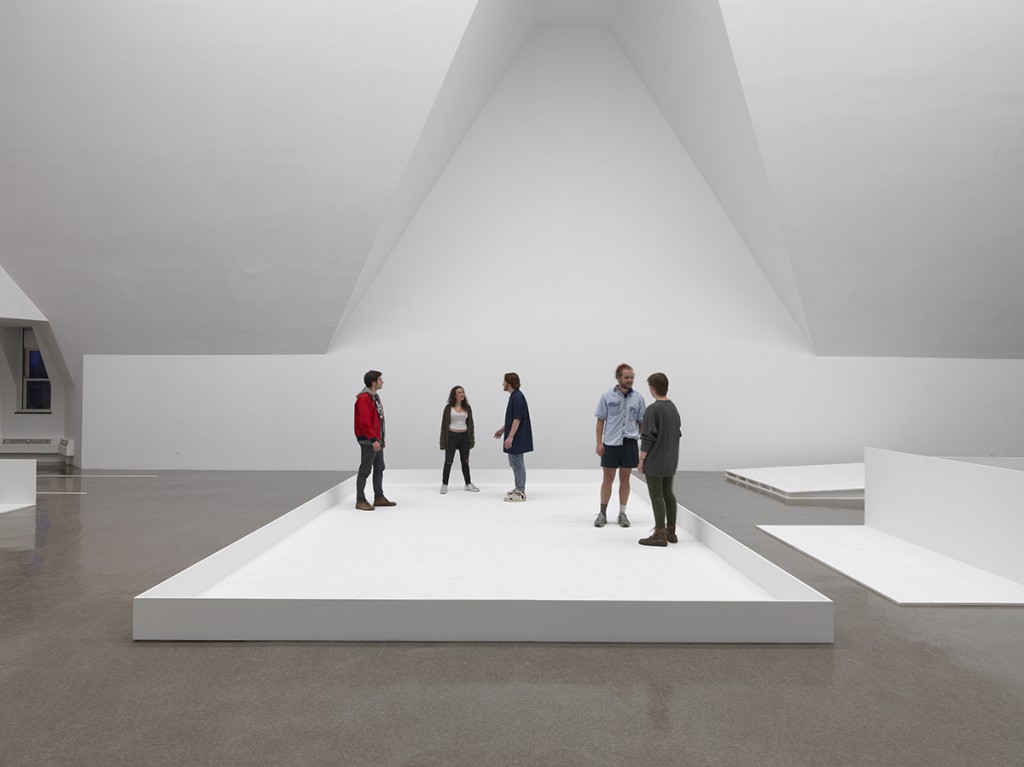 If you are planning to visit the Renaissance Society’s Gabriel Sierra exhibition, the first solo show in the United States for the Bogotá-based artist, you would be well-served to bring a friend, or better yet, four friends. Make sure that they are all American, unless you are visiting in the afternoon, at which time you should be sure that they are non-American and that you are too. If possible, one person in your party should be over thirty years old and another should be precisely twenty-one. Bring your children. In order to gain the fullest experience, make sure to wear a watch and old shoes. Be ready to take a nap or two. 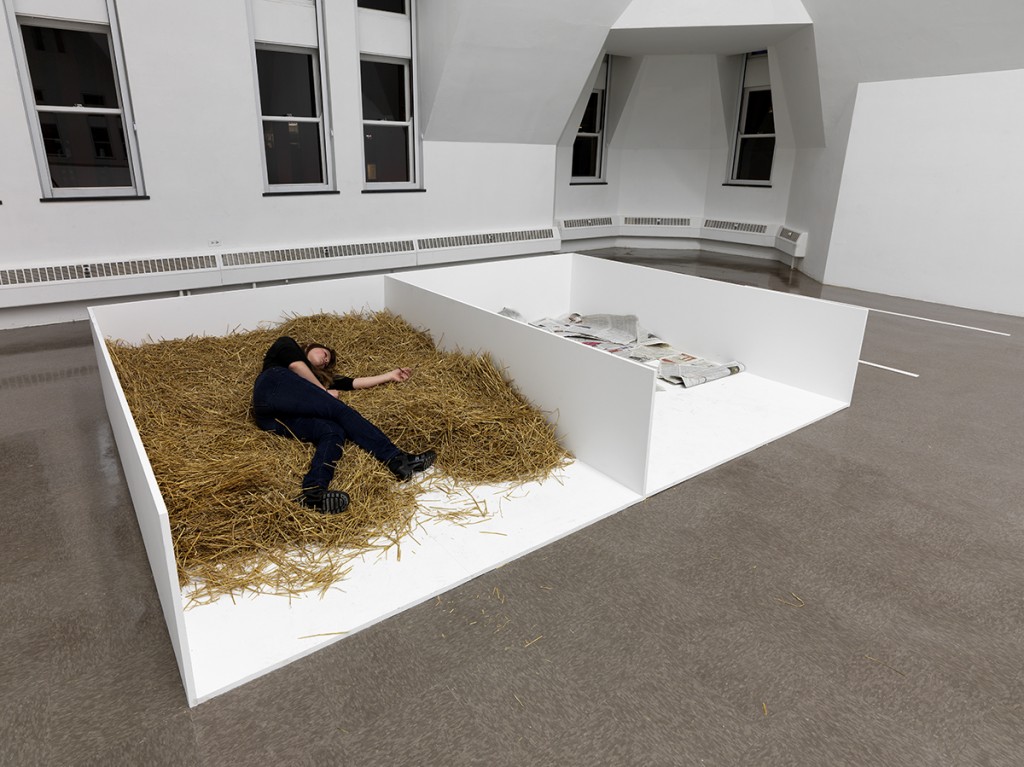 All of these requirements and more are described in the “Assembly Instructions” that accompany the fourteen constructions arrayed around the gallery, most of them made of plywood that has been painted matte white. While it is difficult to imagine most visitors being able to fulfill more than a few of the instructions provided for engaging each object, shoe prints and streaks appear on every platform and box, tracing the movement of myriad absent bodies through a space that is made to be entirely contingent on occupation and activation. The specificity of each task (“Walk between the lines as slowly as possible while smiling softly. Stop smiling while outside the lines.”) belies the endless phenomenological possibilities available in the artist-made environment, which has the feel of an obstacle course or a playground complete with a platform covered in crunchy gravel on which to “walk for ten minutes thinking of the outdoors while you are indoors.” The exhibition title, which rotates each hour through a set of eight titles, emphasizes the show’s time-based logic and alludes to the profound influence of the time of day on one’s visual and spatial perception of an environment. The three o’clock title, “An actual location for this moment,” rings with playful irony, as the landscape rendered by the pristine geometry of Sierra’s gleaming constructions seems anything but real. (Elliot Reichert)

Through June 28 at the Renaissance Society, 5811 South Ellis.