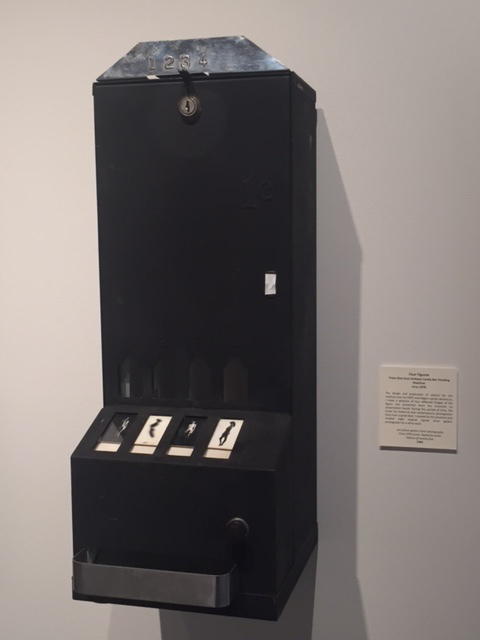 In this overdue and welcome retrospective, we get to see a generous sampling of the multifarious bodies of experimental photographic work produced by the neglected master trickster, Charles Swedlund. Based in southern Illinois and schooled at the famed Institute of Design, Swedlund has plied his trades on the back roads. Had he been on the New York scene, he would have been a leading postmodern photo-artist, but obscurity fit better with his provincial temperament. He is ours.

Think of one of Swedlund’s pseudo-commercial ventures (none of them moneymakers), “Pyro,” where he offered for sale a photograph along with a book of matches that was to be used only to burn the print at the buyer’s discretion, thereby making the buyer “a second creator” of the total work. Irrepressible in his avidity for demotic photographic culture, Swedlund put together little flipbooks that the viewer could riffle through to see the simulation of a film short. His twist on the form was to arrange a series of self-portraits in which he took on wildly variegated and crazy personae in a round of mutating identities. Swedlund also put photos where one would not expect to find them, as in his appropriation of a candy vending machine in which he inserted images of nude women in the spaces where the wrapped gum would have been displayed.

There appear to be no postmodern conceits with which Swedlund has not played, fully aware of what he was doing, as sophisticated as anyone, yet presenting himself as a naif who has claimed to have no understanding of cultural theory and an aversion to postmodernism. He has not bought into artspeak, so he could never be a star. As it stands, Swedlund might best be considered as a visual artist who has embodied the sensibility of one of America’s greatest comic writers, Mark Twain, another man of the Mississippi, devilishly preoccupied with the nexus of art, commerce, and existence in a new world. (Michael Weinstein)