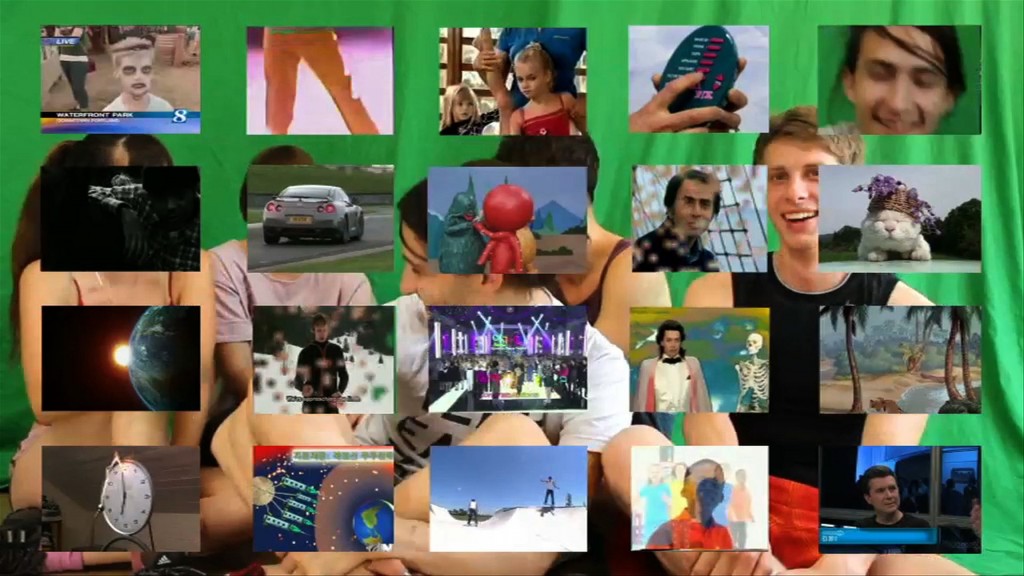 A disorienting yet familiar feeling hovers over Keren Cytter’s exhibition at the Museum of Contemporary Art. Cytter, born in 1977, creates films, though to call her a filmmaker seems inadequate. Nine of Cytter’s films on view at the MCA conjure conventional narratives telling short stories of the human condition—love, heartbreak, murder, revenge.

Often filmed in Cytter’s own small apartment, actors speak in fractured, emotionless yet frank dialogue and rapidly exchange roles, at times switching languages and directly addressing the camera. Scenes repeat and loop back on themselves, masterfully overlaid with kitschy low-budget editing effects which force the viewer’s focus equally on how narrative is assembled as on the plot itself. 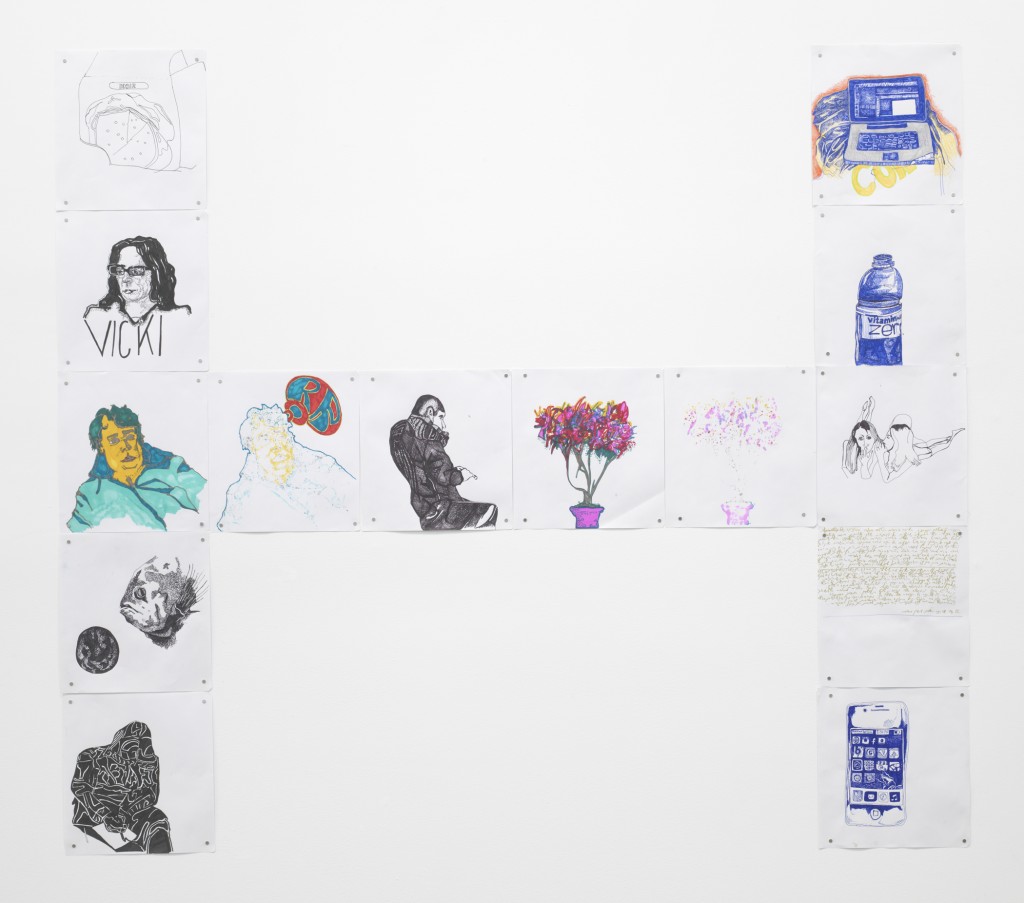 Though devoid of traditional storytelling, Cytter is mindful of classic cinema. In “Four Seasons,” a disaffected couple ascends and descends a spiral staircase; blood drips on the tile floor; a crackling record player plays a suspenseful and lo-fi soundtrack to create a wonderfully Hitchcockian atmosphere. “A Force from the Past” and “In Search for Brothers,” both created while Cytter was in Italy, are influenced by the work of Italian filmmaker Pier Paolo Pasolini and are reminiscent of the prototypical soap opera.

The exhibition also features a number of Cytter’s drawings, which retain the idiosyncrasies of her style. Though the drawings are a departure from her films, they continue to depict the domestic settings and the friends who frequent her art, as well as a number of famous Hollywood faces. Cytter works completely in Sharpie in a style which amplifies the color scheme and is evocative of the elongated projections of classic CinemaScope. As with her films, this technique instills a sense of complacency in familiar objects, whether a chair, the face of a friend or a time-honored love story, while simultaneously dissecting and distorting them, heightening the awareness of process and jostling the viewer from a steadfast reality. (Noah Hanna)

Through October 4 at the Museum of Contemporary Art, 220 East Chicago.