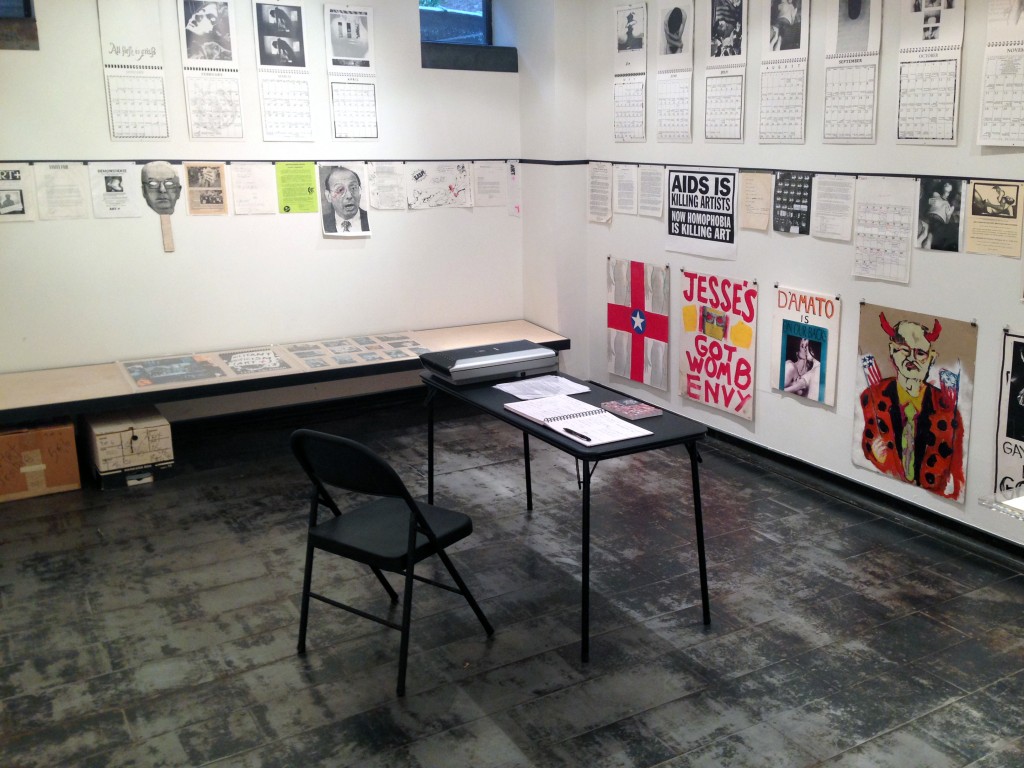 In 1981, a rare pneumonia identified among five previously healthy gay men began the AIDS crisis. A decade already inundated with political turmoil and dominated by conservative political policy would become marked by great loss, and the gay body politic marked by disease. At the intersection of AIDS and the Bush-era culture wars, there emerged not only a crisis in public health but in representation. Artists and activists responded.

“Militant Eroticism,” curated by John Neff and Dr. Daniel Berger, is focused on the output of one such activist ensemble: ART+ Positive, an ACT-UP affinity group organized in 1989. Assembled from the ART+ Positive archive, “Militant Eroticism” displays a range of content across an implied timeline in the east gallery, including ephemera and signage from the group’s well-attended 1990 demonstration on the steps of the Metropolitan Museum. A work desk and scanner are centered in the space, and the archives are stored in situ. Berger refers to this space as a “lab,” rather than a fixed exhibition scenario, as the archive will be digitized and studied during the run of the exhibition. 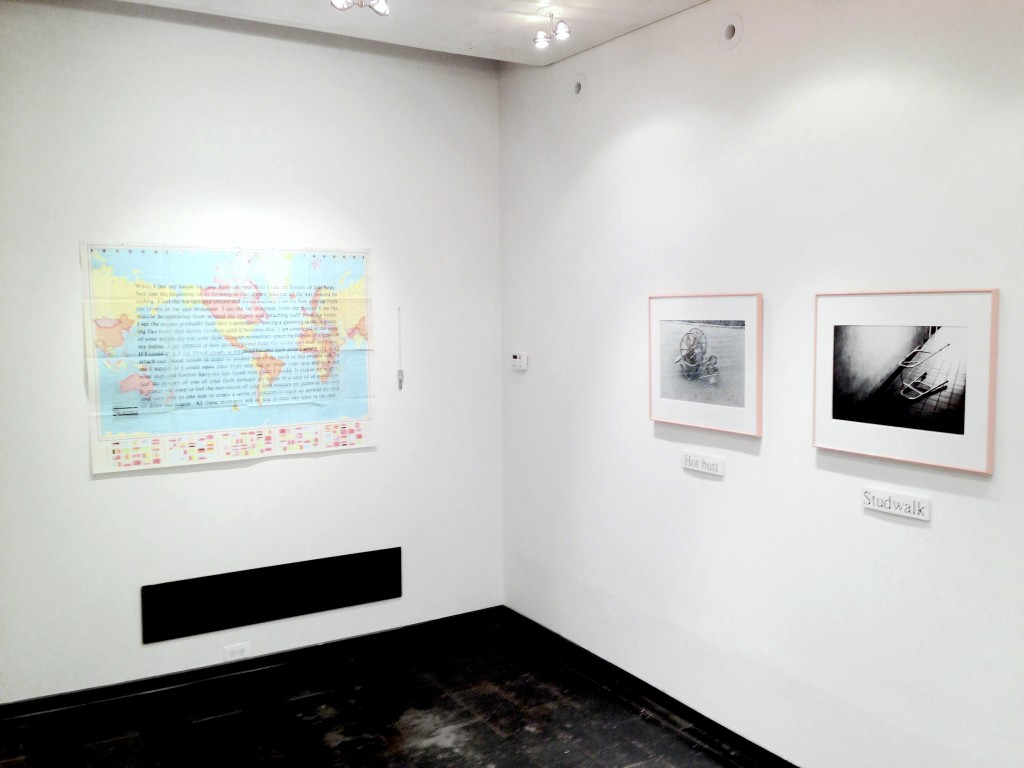 “Militant Eroticism” is among a group of recent Iceberg exhibitions that emphasize the shared field of trauma and recuperation addressed in the output of both studio and activist artists working at the height of the AIDS crisis. Twenty-five years later, the politics of practice and the practice of politics remain vital concerns. (Collin Pressler)