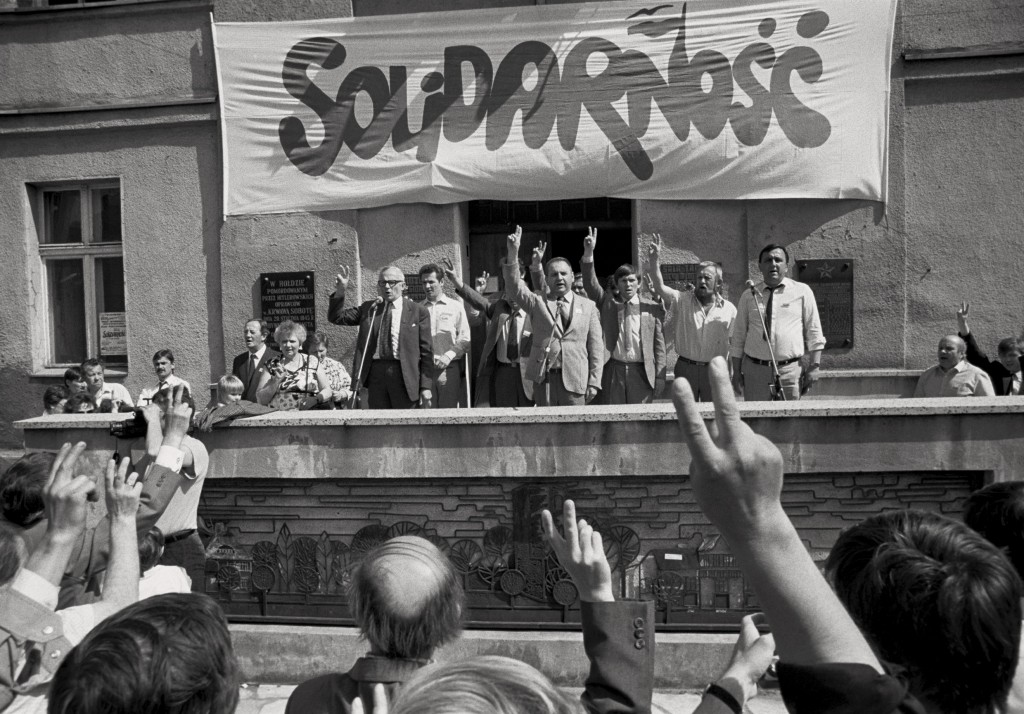 In the mid-1970s, when Stanislaw Kulawiak began—at the age of twenty—to document the life of his time and place in black-and-white photographs, Communism in Poland was beginning to crumble and the shoots of free thinking and creativity were breaking through the spiritless mechanism of an inefficient and corrupt post-totalitarian dictatorship. Kulawiak soon became a founding member of SEM, a photography collective independent of the state, but not, at least overtly, opposed to it. His images reflect precisely his in-between position, which he shared with a generation of Polish artists and intellectuals. 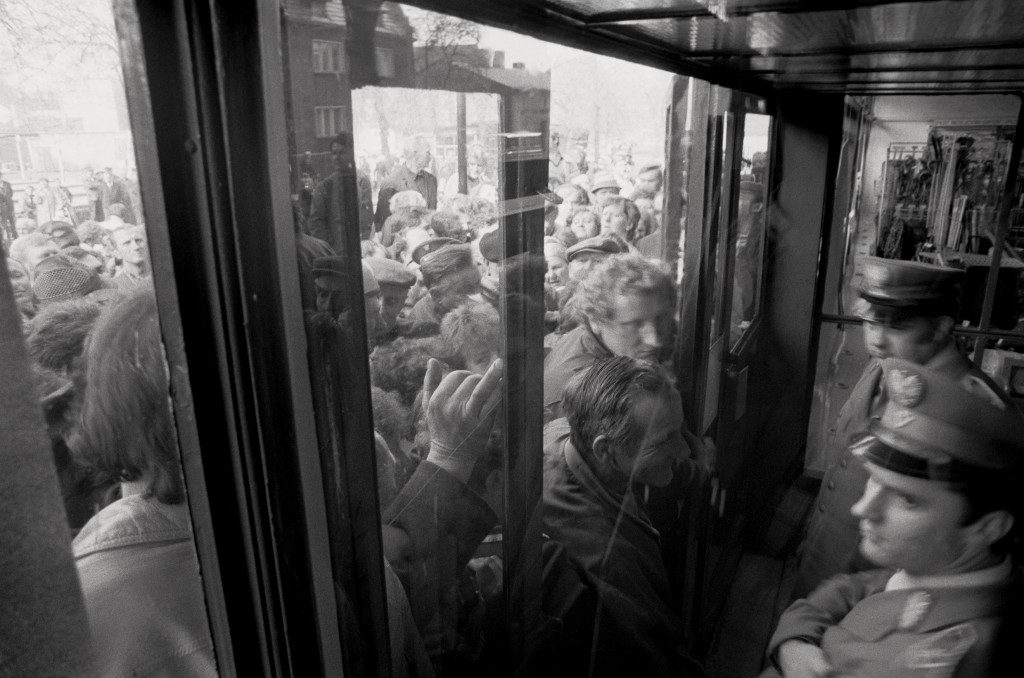 Kulawiak is, to begin with, a gifted aesthetic documentarian; his images are muted and shadowed, putting life under an unremitting grisly cloud. He shows the varied conditions of everyday life within that atmosphere, the grinding poverty of a decayed apartment block and the gaiety and release of an outdoor rock ‘n’ roll dance. Augmenting the almost charcoal-gray pall of the forty-three medium-format prints in the show is a life-sized multi-paneled poster-photo, snaking around an empty space on three sides, depicting a bread line on which haggard people wait patiently. The message is that life was harsh and the people stoical in the period preceding Communism’s fall, despite outbursts of vitality and the warmth of family and friends that exist everywhere except under the worst moments of totalitarian repression.

Yet stolid acceptance was not the whole story, as is shown in Kulawiak’s photo of a mob besieging a new state store in a desperate press to get in so they could buy whatever they could get hold of. At the end of the 1980s, Solidarity, the labor movement that pushed out Communism, marked a new moment of the political mobilization of discontent, which Kulawiak captured in a dynamic image of a Solidarity rally in which movement leaders on a platform hold up their hands in victory/peace signs and are answered by the crowd doing the same. The end of the gutted-out system was at hand and the shoots of liberation had overgrown the machine. (Michael Weinstein)

Through June 30 at the Polish Museum of America, 984 North Milwaukee.