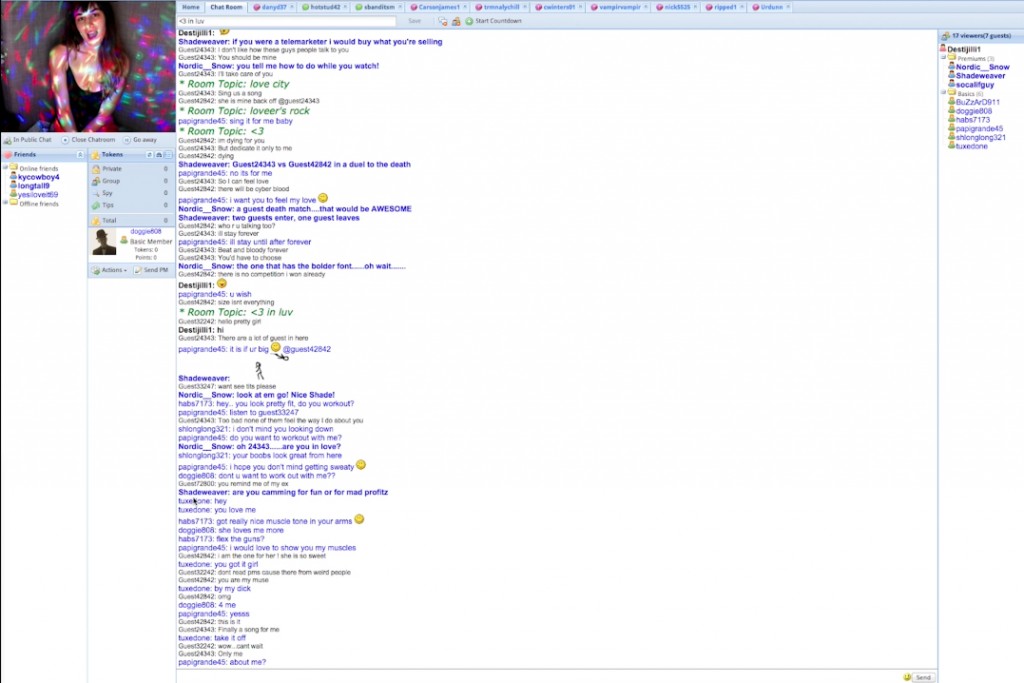 “Touchers” at Aspect/Ratio and Jillian Mayer’s first solo exhibition in Chicago, highlights the loneliness of seeking affection through a cold screen, the impossibility of human touch across monitors. The artist herself is present in each piece, her hands seen within photosensitive prints on plexiglass and fabric in the front of the gallery, while her image and words exist within the central piece, a video installation in the darkened back room. 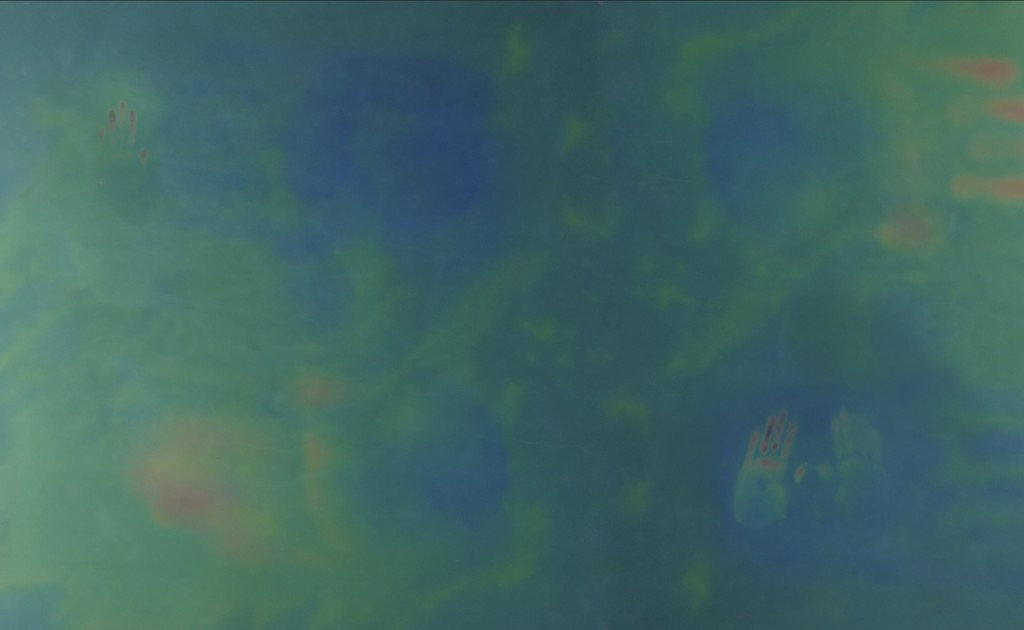 The video is a screen recording from Mayer’s own computer during a cam girl session she orchestrated. She appears in the top left corner of the screen against rotating disco lights that are mirrored within the installation, audio of her singing on camera pumped into the small room. Lines of dialogue from the chat room stream upwards as she serenades the chat room and gallery with a song she composed herself, a piece dedicated to an anonymous lover she hints is in the chat room. Focused more on the members’ responses than her performance, I read line after line of lewd come-ons mixed equally with desperate cries for her affection and desire to be the object of the song. “Rub on your tits” said shlonglong321, attempting to get Mayer to touch herself on camera, to create a physical connection impossible for the anonymous voyeur to make. Mayer however sits calmly throughout the performance, her eyes darting to read the text appearing rapidly on screen, ignoring lines like papigrande45’s, “I want you to feel my love :),” a line that could questionably be interpreted emotionally or physically (later dialogue of expelled liquids hints to the latter).

Although anyone who has experienced late-night desperation against a bright monitor, sharing the vantage of Mayer’s within the installation is both comforting and desolate, a confirmation that we will most likely never find that heat we crave through Tinder despite its promises of flames. A sterileness is felt throughout the exhibition, the heat of Mayer’s touch and the passion of the chat room participants’ comments being seen but never felt. The heat for both is just a simulation, reality remaining cold. (Kate Sierzputowski)

Through July 11 at Aspect/Ratio, 119 North Peoria.