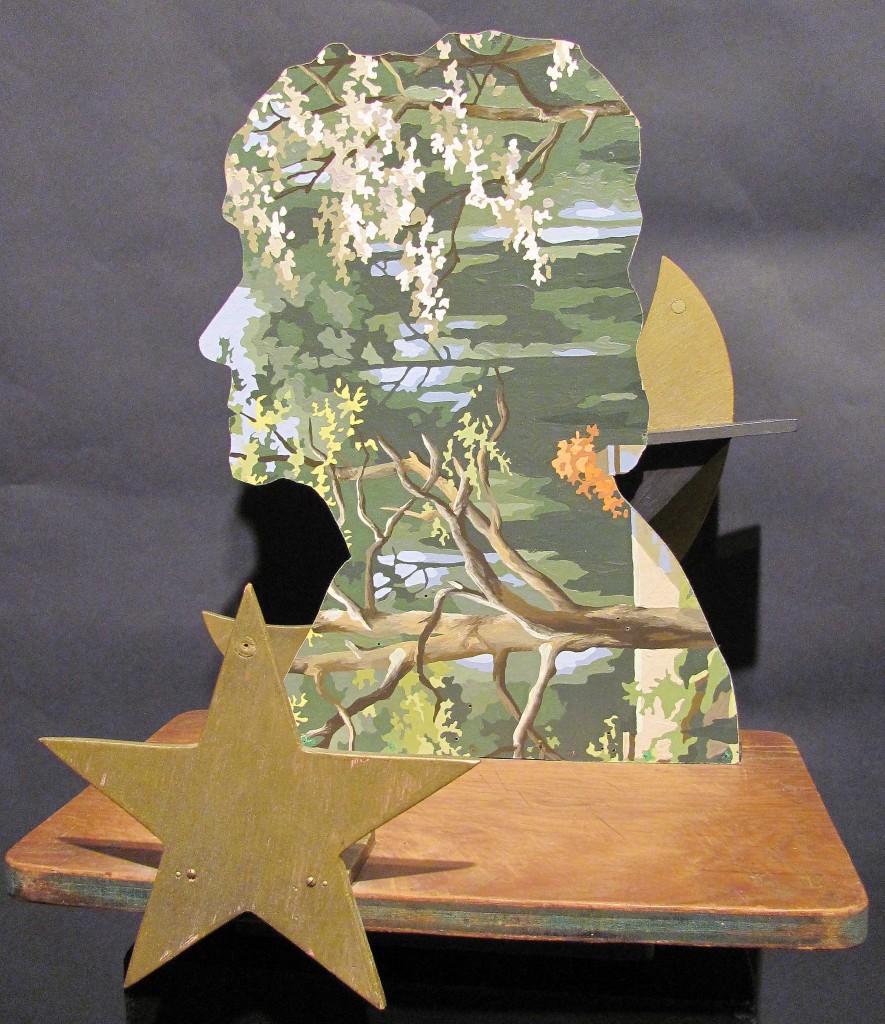 There is a tinge and twinge of sadness attending the viewing of the three concurrent exhibits showcasing the fabled collection of artworks amassed by Ruth Horwich and her husband Leonard over the last half century.

One cannot escape the sense that an era has ended. The Horwich collection is being broken up and cast to the four winds in the aftermath of Ruth Horwich’s death in July, 2014 at the age of ninety-four, preceded by Leonard’s passing in 1983. Her estate seeks to monetize the art. The choice pieces, from the viewpoint of marketability, by Alexander Calder and Andy Warhol, for example, have already been handled by Christie’s. Now we have an opportunity to see the rest of the collection, the non-Western indigenous artifacts at Douglas Dawson Gallery, and the works of the Chicago artists from the second half of the twentieth century—the backbone of the collection—at Carl Hammer Gallery and Russell Bowman Art Advisory.

It is not a question of whether the collection should have remained intact. Ruth (her given name is the common title of the three exhibits) had complex motives for what she chose to collect, a mix of personal passion and taste, a zest for the heady experimentation of the sixties through the eighties, and a deep commitment to support the Chicago art scene, established and emerging Chicago artists, and local self-taught artists. Those interests intertwined, but they did not mesh together so tightly as to produce a collection specialized and comprehensive enough to form an integral whole. Ruth was not collecting for the ages; what she acquired expressed her love of life and art, most importantly her will to participate constructively with joy and realism in the life of her times. 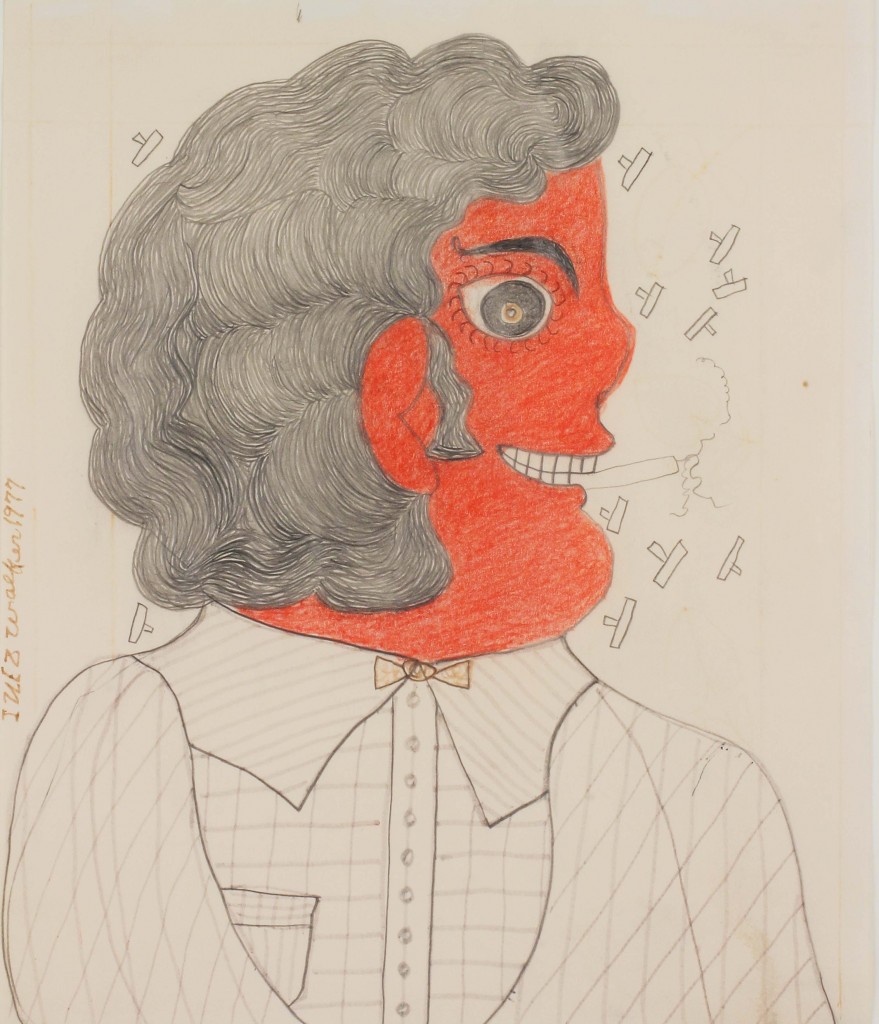 Beyond Ruth’s incontestable centrality in and contributions to the Chicago art scene, the major artistic significance of the exhibits is the look that they provide at representative works of one of the great creative eras of our city’s art world—the pre-Imagist period (an original postmodern initiative that Carl Hammer aptly calls deconstructive) and the later and distinctive Imagist movement.

It is those times that are gone irretrievably, stimulating wistfulness for those who lived through them. Newly minted B.A. in art history at Columbia College, Thea Andrus, commented that the exhibit at Hammer left her with a “sentimental and nostalgic” sense. Andrus’ special interest is American art from 1935 through 1990, and her nostalgia is for a time that she never experienced, one filled with bold creators breaking new ground, as she sees it, so different from the recyclers that surround her in her Millennial generation. The deconstructivists and Imagists have become, historically, an element in Andrus’ imaginary without an organic connection with her present circumstances, as the march of life makes inevitable. Looking at the exhibits through Millennial eyes, it is hard not to be seized by romance, even if one was around in those bygone days and knows that they were human-all-too-human. They were undeniably exciting.

The many aspects of that excitement are epitomized in the banner image of the exhibits (at Hammer), Don Baum’s eminently compact construction, in which he has embedded a cut-out portrait of Ruth’s head, silhouetted in profile, in a paint-by-numbers picture of flowering tree branches that he has completed, on a black background. 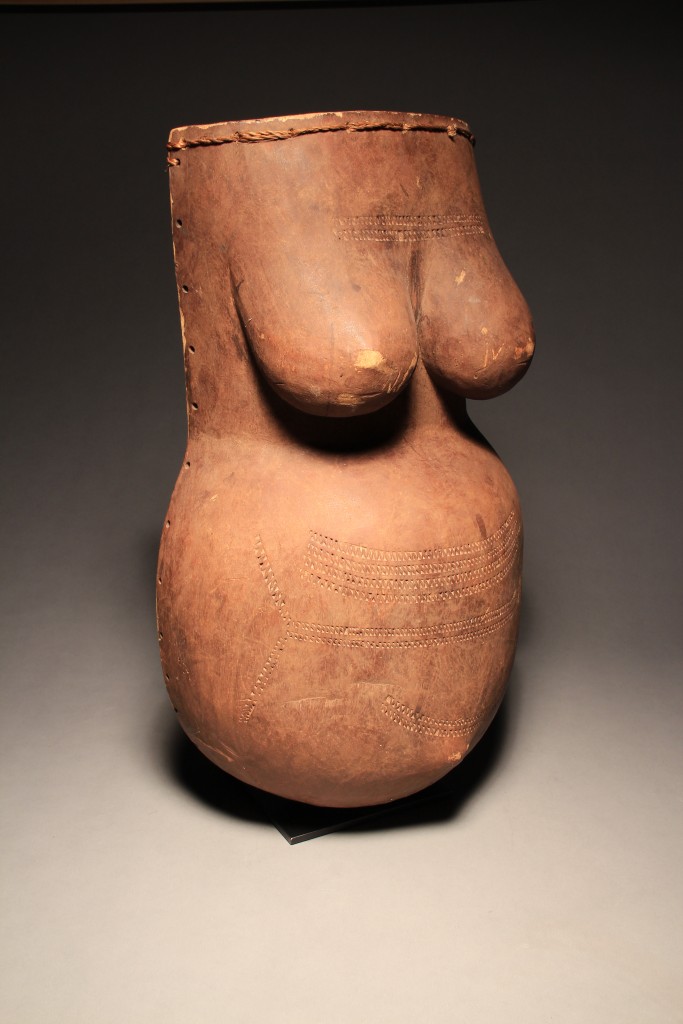 The packing of diverse postmodern moves into an integral image is breathtaking and dizzying. Everything revolutionary is there; the Surrealist overhang in the forested head, and its subversion in its paint-by-numbers provenance. The latter is unadulterated pop-kitsch, yet Baum’s construction evinces craftsman-like artistry. Then there is a personal, contingent touch; it is all about Ruth as a spirit of life. The image evokes a mix of diverse sentiments from admiration to serio-comic ridiculousness. It is decidely deconstructive in Hammer’s sense of shattering binaries that Baum has brought to order in a visual form.

For good reason, we do not have the audacity to make Baum’s moves today, because they are no longer audacious; they have been co-opted and are mainstream, without bite to be sure.

We get a less romantic vision of Ruth in the black-and-white portrait of her in old age, which appears on the exhibits’ announcement, by A-list Chicago celebrity photographer, Marc Hauser. Under Hauser’s ministrations, Ruth looks straight at us, her chin resting on her interlaced hands so that her head bends forward into our personal space. Her eyes are wide and searching, and her closed lips form into a slight smile cut by a harsh grimace. In Hauser’s photo, Ruth herself is deconstructive—a synthesis of opposites.

There are 118 works divided among the three galleries, two-thirds of which are from Chicago’s golden creative age. Most of them are figurative in the Imagist way, distorted and oddly shaped, marking psychological expressionism, and infused with sophistication and an often grim playfulness. That aesthetic carries over into Ruth’s choices of provocative non-Western indigenous art.

The exhibitions should be seen. Ruth Horwich was an exemplar of her artistic time; her temperament, sensibility and personality were at one with her cultural moment.