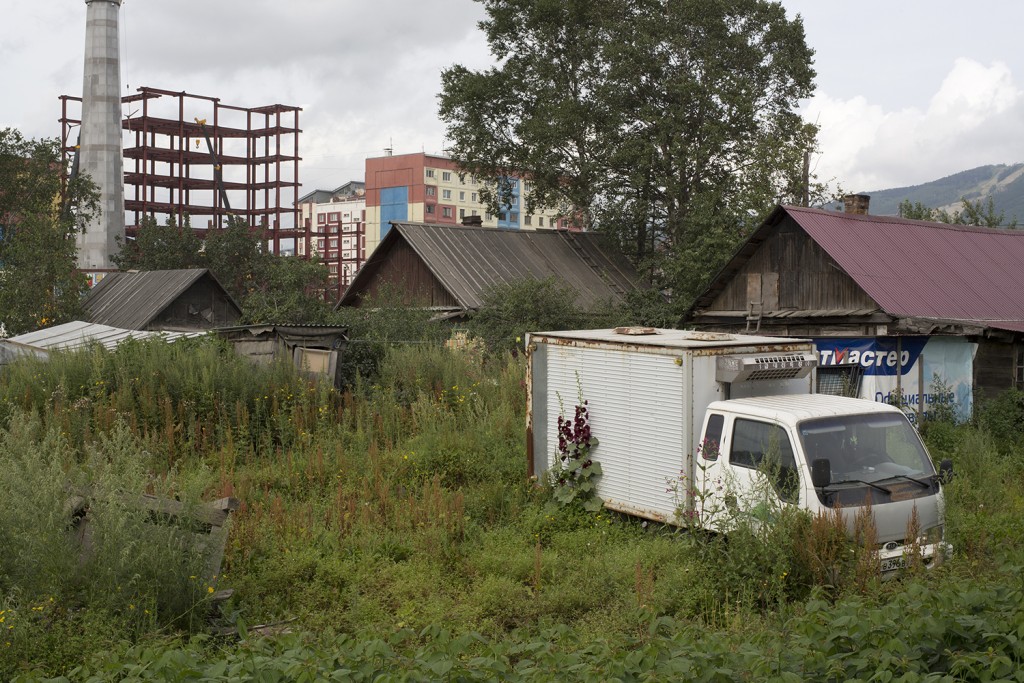 David Hartt’s “Interval” is a visually stunning multimedia installation of photography, video, sculpture and sound that approximates distances—physical, temporal, historical and sonic—to examine uneven development among geographic and economic peripheries and the global forces that centralize capital accumulation. Set to a haunting score and evocatively documented in high-definition video and large-format photographs, Hartt’s camera records everyday moments in Sakhalin Island—a historically contested territory between mainland Russia and Japan—and the city of Whitehorse, the frontier capital of the Yukon Territory in Canada. With an ambivalent stillness that is neither voyeuristic nor detached, the videos and photographs portray these places as simultaneously restless and static as they are caught between an unhappy present and an uncertain future. 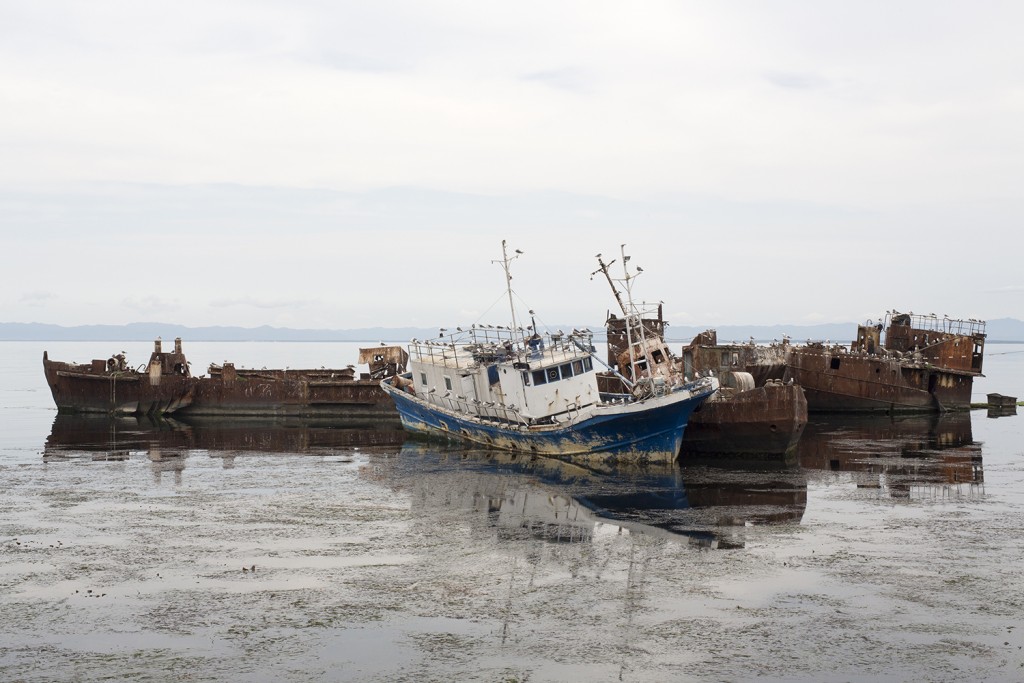 On Sakhalin, Hartt’s video hovers with equal attention over new construction, rusting barges and tall grass, conflating the visual signs of natural growth with the symptoms of economic stagnation. In Whitehorse, overgrown lots interpolate the low-density city with pockets of encroaching wilderness as mountains loom in the nearby distance, a reminder that this land was not easily conquered. In both places, Hartt generates a multitude of tensions between human and nature, center and periphery, and past promise and present reality by lingering on the visible traces of stymied growth and pairing them with the banal conditions of everyday, precarious life.

Gaps and ruptures abound across Hartt’s multimedia, expanding productively upon the titular theme. Two large flat-screen monitors are separated by walls made to imitate the exhibition’s first venue, an empty storefront on the ground floor of the Bonaventure Hotel in Los Angeles: one is covered in oversized images taken in both locations and the other is a semi-reflective glass curtain wall made to look like the outside of a building. Famously critiqued by Fredric Jameson for its convoluted and hermetic architectural logic, the Bonaventure’s retail spaces must have been an apt setting for an exhibition that fixates in part on the failures of design. In Chicago, the reconstruction of these site-specific elements reveals the rigidity of the exhibition’s thematic logic. (Elliot Reichert)

Through October 11 at the Art Institute of Chicago, 111 South Michigan.