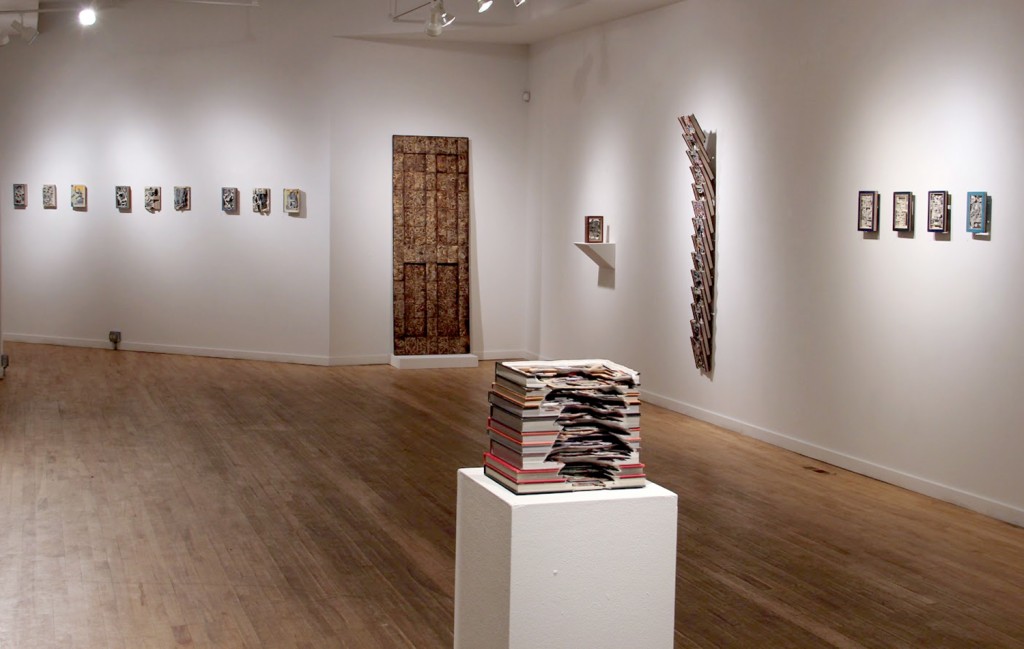 After almost nine years working together at Packer Schopf Gallery (PSG), Aron Packer and William Schopf will be dissolving their business partnership as of July 15. Their current exhibition featuring work by Brian Dettmer and Mary Porterfield will be their final project organized together as well as their last show in the West Loop gallery.

“I decided a few months back that I needed a change,” says Packer in an email, who intends to carry on as a private art dealer/consultant after the gallery closing and plans to continue working with artists the gallery has represented. “That being said, I still love what I do, working with artists and all that encompasses. Putting on shows, placing work, interacting with artists, curators and collectors.” Packer also talks about the need for consistency when it comes to work, something most if not all of us can relate to and also expresses that he’d like to work for an organization that appreciates his vision.

And if there is one thing that he is best known for, it is his unique artistic vision, “having gained a reputation for showing art that was also difficult to label,” as put in the Chicago Reader when his name was first hitting the city’s art scene in the late nineties. Over the years, PSG has also branched out by featuring not only artists like Michael Dinges, Lee Groban and Donald Cameron, but has also held book signing events for Clive Barker and even hosted concerts featuring Golosa, an a cappella Russian choir.

PSG is nowhere near Packer’s first endeavor. He originally started curating shows in his own apartment and later found a space in Wicker Park on the second floor of the Flat Iron building and then worked with a River North gallery. The last decade and a half Packer ran a space out of a gallery building located at 118 North Peoria before moving on to PSG at 942 West Lake and partnering up with Schopf in 2006, where his focus shifted from folk art to contemporary over the years.

There will be a great many who will miss the gallery and the inimitable vision it housed, including Dettmer, who has been showing with Packer since 2003: “It is extremely unfortunate that Aron Packer will be closing the gallery space this summer. What I like about Aron is that he has a very specific eye and he isn’t afraid to take risks. The closing won’t affect his business much but the unfortunate part is that many artists in Chicago have lost a great opportunity to have a show in this city and the Chicago audience has lost a great venue to see exciting, new and unique artwork.”

Porterfield echoes that statement saying, “It’s hard to put into words how much Aron has contributed to the Chicago art community. Aron’s eye for the idiosyncratic has given opportunity to so many artists who might not have had the same level of exposure. He believes in the unique and personal vision of his artists and has worked tirelessly to introduce them to broader audiences. On behalf of so many artists, I can never thank him enough.”

For now, Packer’s plan is to work privately with artists and take it from there, perhaps look for pop-up opportunities and maybe a new space if it happens. With twenty plus years of curating experience, Packer leaves PSG on a reflective note, “The main thing that I have learned is that working slowly and consistently is a much better way to work. I am more a marathon runner than I am a sprinter.” (Mahjabeen Syed)

The current exhibition featuring the works of Brian Dettmer and Mary Porterfield is open until June 27, Tuesday to Saturday 11am to 5:30pm at 942 West Lake.