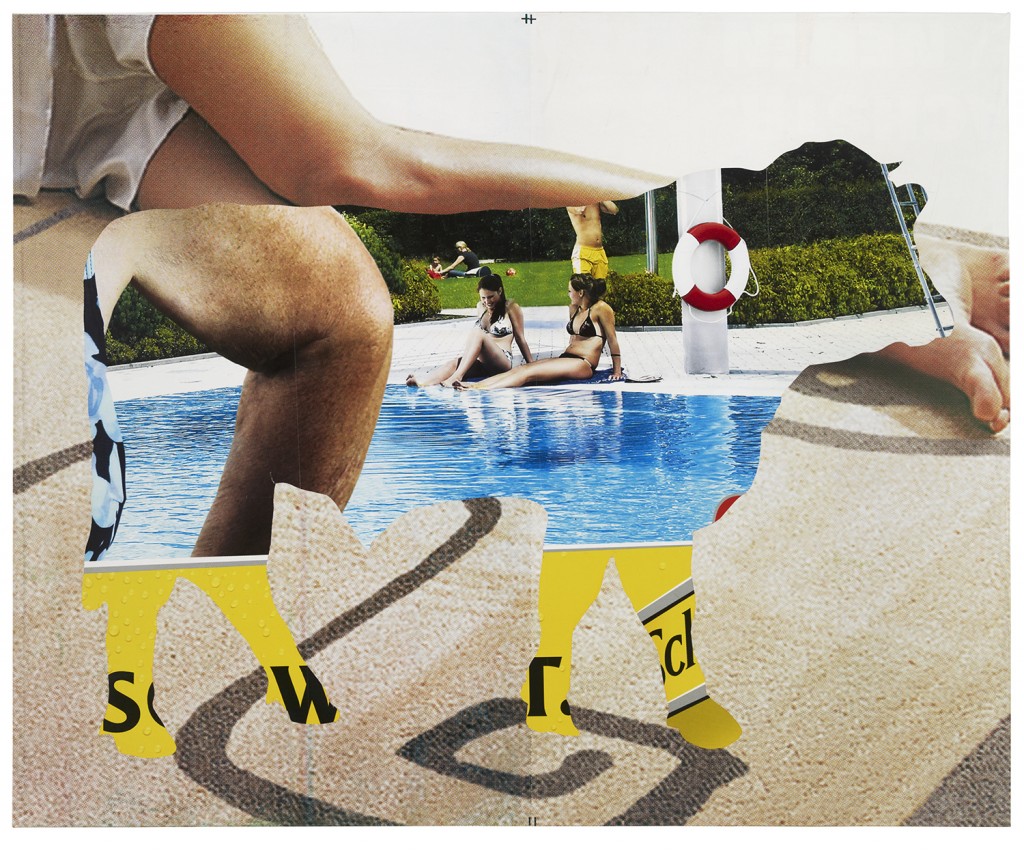 Cutting and collaging advertisements to fill the gallery with a herd of cattle—bright, cacophonous and just on the edge of perception—Oehlen’s new show at Corbett vs. Dempsey is called “Rawhide.” The cows-on-canvas (which seem intimidatingly large, though they’re almost all just shy of five feet by six) are rounded up for market, but Oehlen has confused the juxtaposed advertisements to the point of mere decoration, so they can’t sell us anything beyond themselves. True to “Rawhide,” the 1959-1966 TV series that saw cowboys lead a cattle drive to market, Oehlen is giving us cows neither here nor there: the bovines shimmer in and out of view, competing with the flashiness of billboards. The theme song incites us, like the collagist headed to market, to “Cut ’em out/ Ride ’em in.” 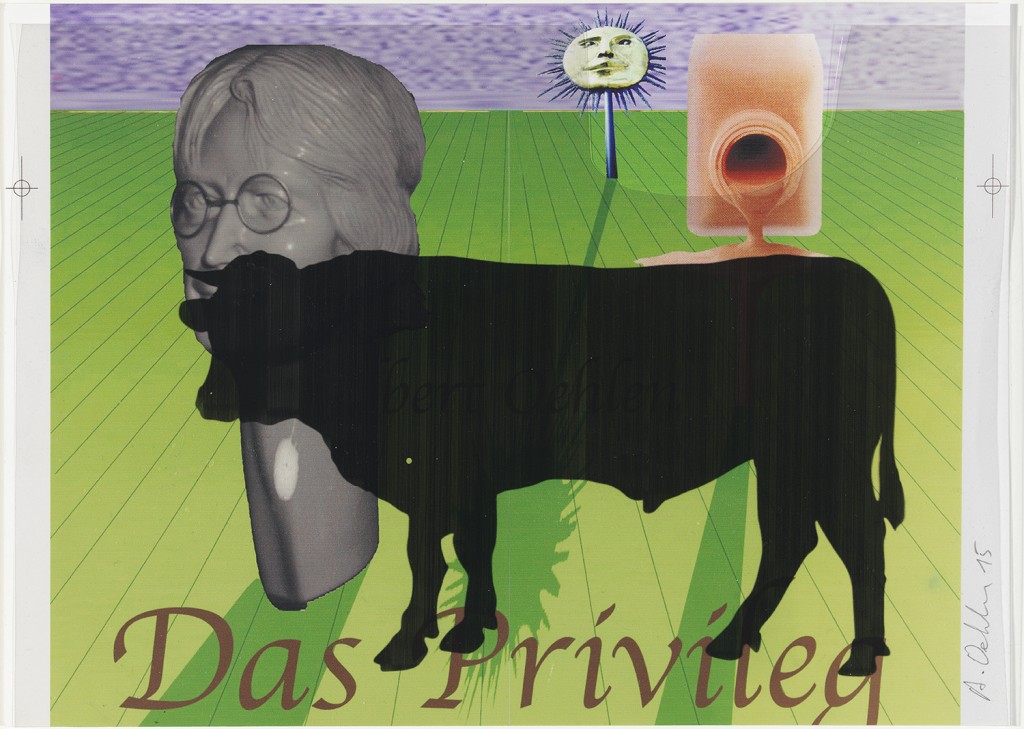 If Oehlen’s advertisements are de-and-re-fanged in his favor (such that they sell only Oehlens, and nothing else), what are they telling us? Their subliminal message might be to bask in the endless deferral of meaning through endless referents, which needn’t get in the way of enjoyably poppy icons (and cows!). I think I see beef all day, every day, but the cows themselves shimmer out of sight (and usually out of the packaging).

The tumult between collage and painting is often central to Oehlen’s work, and in “Rawhide” it means—even though every trace of Oehlen’s usually messy and painterly hand is absent—we still call the pieces “paintings.” They insist on painting’s pomp and presentation, and so are closest to his 2008-2011 series “Interiors,” which also swapped oils for scissors—to talk about oils.

Oehlen, too, has been on a drive lately, pushing himself and his paintings through back-to-back openings in Zurich, New York, and now returning to Chicago for the second time in a month. His last appearance in town saw him awarded an honorary doctorate at SAIC: at one point in the lecture, he asked “where’s the beef?” At Corbett vs. Dempsey, Oehlen gives us the beef. Whatever he wants, it’s beef. But because he can afford to oscillate, cows are never what they seem, and sell like paintings. (Paul Smith)