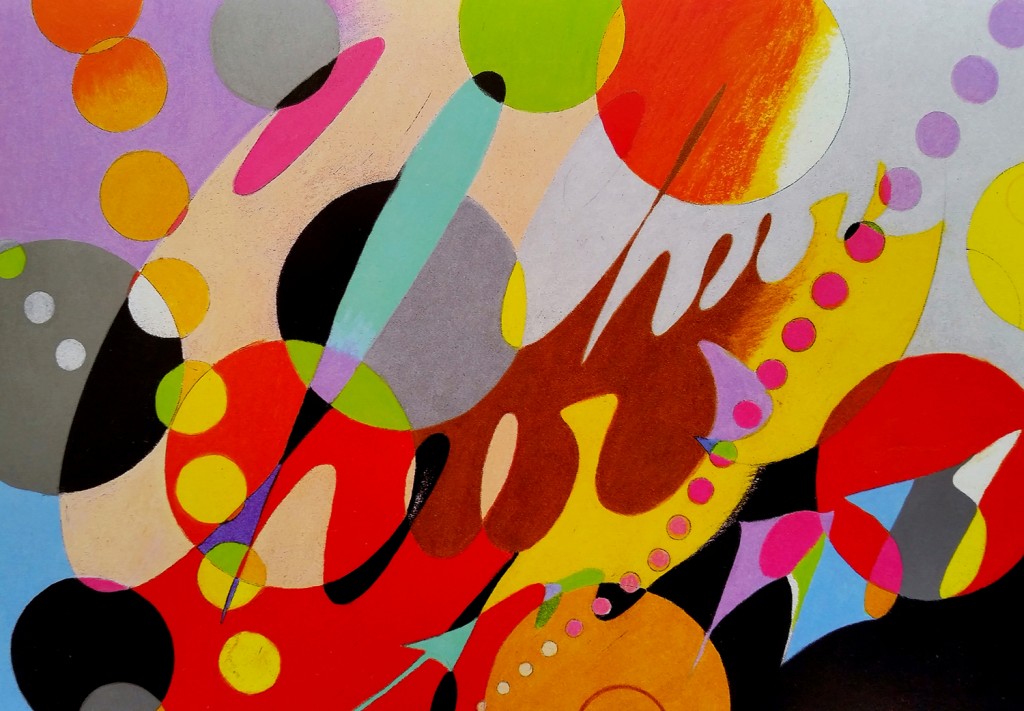 Whether or not you ever found the intellectual content of Playboy magazine as thrilling as its cheesecake, you had to be impressed by the way it incorporated image and text to create excitement on every page. As art director for its first thirty years, Art Paul (born 1925) was responsible for that graphic design as well as the Playboy Bunny logo, so it’s no surprise that soon after retirement in 1982, he was inducted into the Art Directors Club Hall of Fame.

Like many art directors, he wasn’t content just to select and apply other people’s art—he also made it himself, examples of which comprise this retrospective. But though he left the magazine, it does not seem that he ever stopped arranging text and image to proclaim the Playboy philosophy. With its gorgeous photos of young females, upscale autos, stereos and such, the magazine effectively promoted the postwar ideals of consumerism. In the tradition of the early Modernists, Paul’s calligraphic and psychedelic abstractions also seem dedicated to a new kind of hedonism, but they still seem to be pitching it rather than being desirable aesthetic objects by themselves, and they actually look better in reproduction. Not surprisingly, when he turns to portraits, the subject is often himself—and appropriate for a Chicago artist of that time, the faces he depicts are unattractively distorted. Honesty, rather than kindness, wisdom or serenity, belongs on the face of a self-centered person. And again, these are images that attract attention, but without the aesthetic density to hold it. 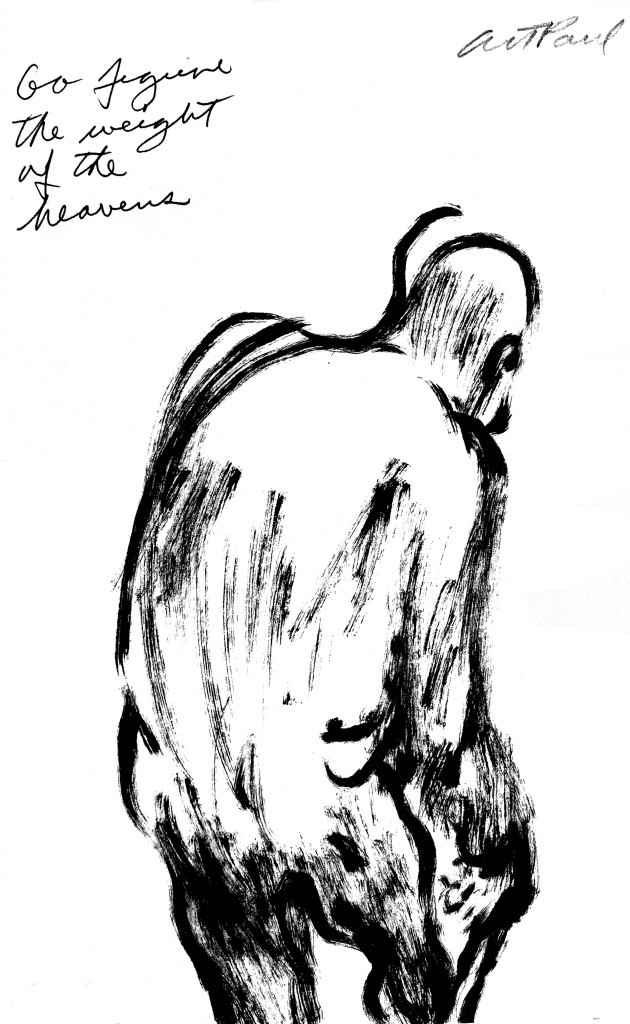 Meanwhile, the incorporation of text seems more like the obvious jokes of a men’s magazine rather than the semiotic inquiries intended for an art gallery. But as the artist has aged, his work has become more compelling, and he is quite an expressive cartoonist. His tense black lines, like bent wires, have become stronger as he faces the drama of mortality. Like the rest of the country, he has outgrown the go-go sixties of Austin Powers. Following the arc of this modern life makes for a good show, but you will have to dig into the early issues of Playboy to discover this man’s real genius. (Chris Miller)

Through July 26 at the Ukrainian Institute of Modern Art, 2320 West Chicago.