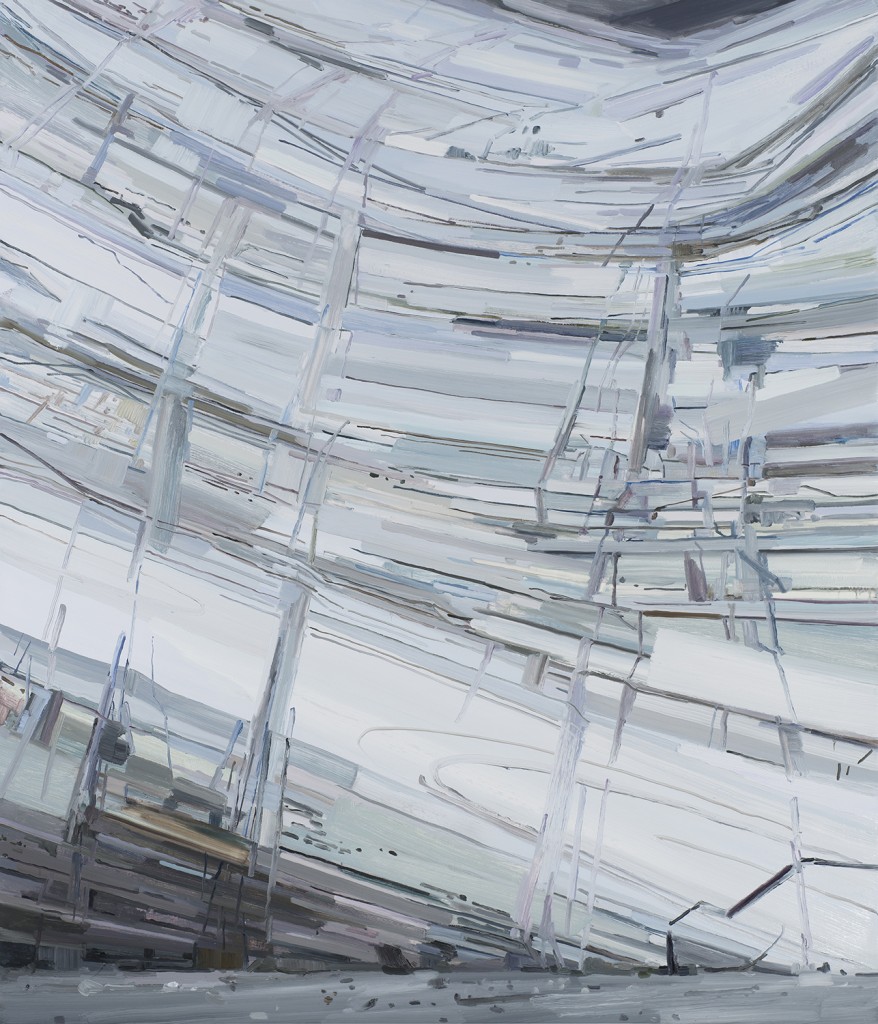 Paint purists, oil enthusiasts and lovers of all things gooey can get their fix at Kavi Gupta right now. Claire Sherman’s current show, “Funeral Mountain” blends Romantic-era geological drama with mid-century action painting, modernizing it by default in the process. The show is comprised of six large paintings of rock walls and three of caves, each one simple and sophisticated but strikingly generous with its labor and beauty.

The paintings are of sites upon Funeral Mountain—the east wall of Death Valley—hanging large and light and quiet in the perfect white gallery. Half-inch-deep paint strokes are sliced with thin, tumbling lines, physically mimicking shattered boulders and scraped sand. They are not quite monochromatic, each painting mostly at one end of the shade spectrum but each also representing stark whites and opaque blacks in restrained ratios. Turpentine-soaked washes are intersected by, sometimes sloppily melding into, buttery blobs and slashes.

Maybe it’s because she starts and finishes each painting in more-or-less a single sitting that they have a ton of visual energy; one of the Rock Wall paintings in particular looks like it’s moving at light speed, with countless streaks of cool grays sweeping diagonally across the canvas. 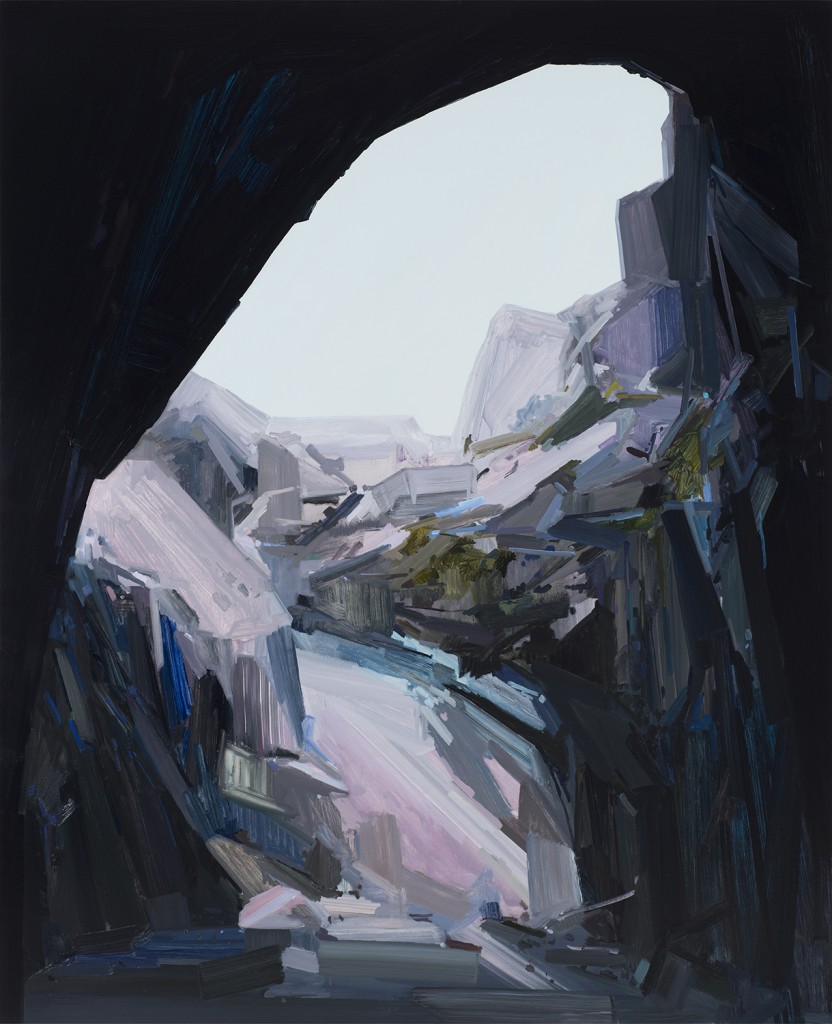 Two of the three cave paintings are separated and given the side room to have their own private dialogue, probably because they’re so bold compared to the pale, twinkling ghosts in the main space. Also, maybe, because the side room is kind of cave-like. One painting from the perspective of the inside of the cave looking out at the sky, glows with such an intense neon blue in the center, redolent of James Turrell’s glowing room installations.

In “Funeral Mountain,” the stark southwestern landscape with its powerful white light is both recreated with and obliterated by oil paint. They are referential and abstract—simultaneously transporting you to the desert and making sure you never forget that this is merely paint on canvas. Just a few strokes, really. But by a pro. (Kelly Reaves)