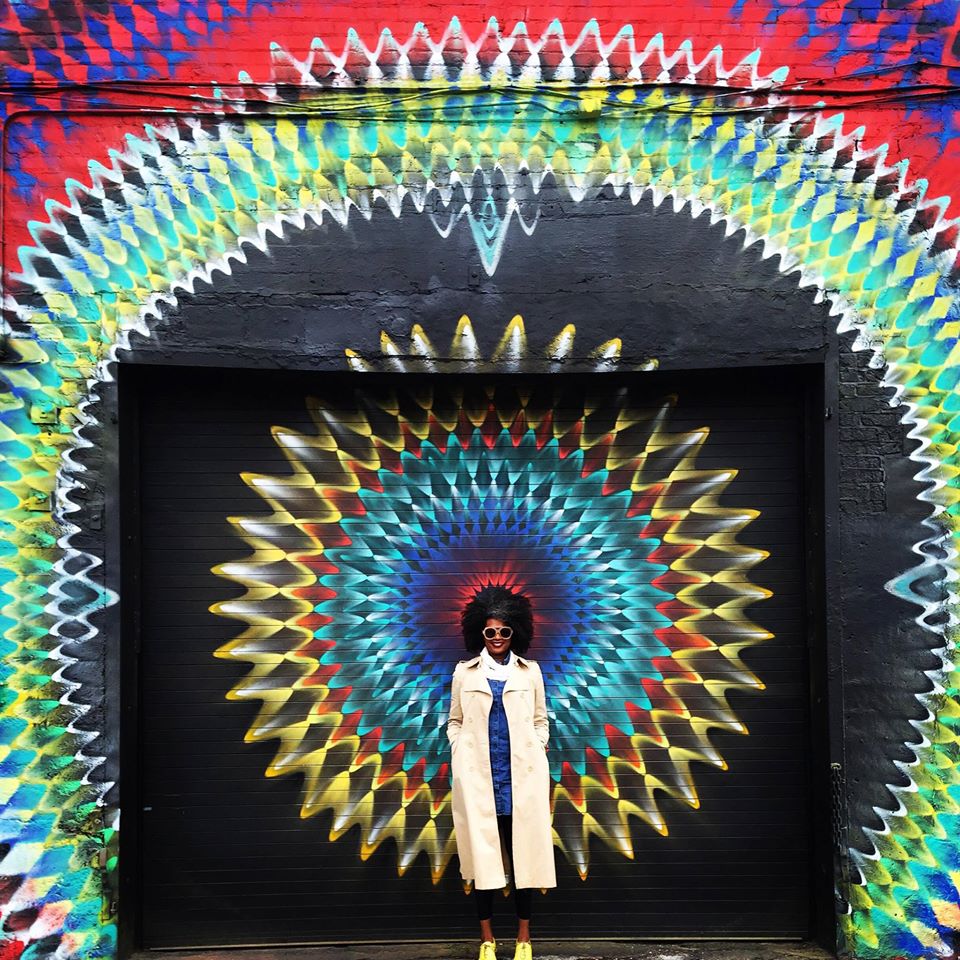 Can you talk a bit more about the Detroit you experienced as an adolescent and young adult, and how this Detroit may or may not have shifted?
I call the years of my youth the “Golden Era” of Detroit. Blackness was a norm. No matter where you went, we were the majority and as a result being black was a beautiful enjoyable experience. It was a sort of paradise that I yearn for now.

My parents were collectors of contemporary art. My life growing up was filled with trips to the DIA [Detroit Institute of Arts] for art classes and mystery walks. My father frequently took me to Cranbrook where they showed all the edgy contemporary work. He loved buying work from local Detroit artists; grad shows at the College for Creative Studies and emerging mid-career artists from the African diaspora.
My experience growing up was very specific to the black middle class; however, I lived with my grandmother sometimes on the east side of Detroit. Although it was known as a tough side of town it was still vibrant. The porches were filled with flowers and kids were running up and down the streets playing. Vegetable gardens were in everyone’s backyard. The energy was super high. After returning all these years later it’s like it all died. The east side, at least in my grandmother’s neighborhood, looks like a wasteland. Downtown was never fully present in my life when I was growing up, so the downtown that exists today is quite exciting for me. However, I became immediately concerned that I was a minority in these new trendy spaces. Of greater concern was that my middle-class community was completely invisible. We are not part of the present or future narrative. It saddens me. Detroit used to have the largest black middle class in the nation as well as the most black art collectors and now no one even knows about our legacy or us. The assumptions about me that were made by these new white residents of Detroit was, and still is, frustrating. And yet they claim Detroit but know so little about it.

Can you share what you did in the fifteen years that you were away from Detroit?
I left Detroit to study art history at Spelman College. I then went on to NYU for my MA in Individualized Study at the Gallatin School. I started to work within the contemporary art world at the magazine Tema Celeste. It was there and at my internship at the Museum for African Art I began to fall in love with the contemporary art world. I later worked for galleries in New York and traveled to check out the contemporary art worlds in different cities—London, Paris, Salvador, Rio de Janeiro, Sao Paulo. After grad school I curated exhibitions in Atlanta, New York, Pittsburgh, Miami and Johannesburg. Before returning to Detroit I lived in Pittsburgh where I established an artist-in-residency in collaboration with the Andy Warhol Museum called HOMEWOOD and co-founded an art organization in Sewickley, fifteen minutes outside of Pittsburgh. Both are still running. It was definitely a time of exploration.

What influenced you the most and where did you feel you were most influential in that time period?
Definitely New York. My focus when I first arrived was the repatriation of cultural property from Sub-Saharan Africa, which took me to Nairobi for an internship at AFRICOM. It took one semester of living in New York and an internship at the Museum for African Art (when it was in Soho) and I was completely hooked on the contemporary art world. The contemporary art market was booming exponentially as a result of all the hedge fund managers participating. I was so curious about it all. At the same time I was still involved in the burgeoning art movement Afrofuturism.

Has the landscape of Detroit influenced your interest in Afrofuturism? Can you talk about Afrotopia as an ongoing project? I noticed that it incorporates pedagogy and institutional collaborations—could you speak to the larger arc of Afrotopia as a project?

Afrofuturism was always my favorite hobby. I never thought about working within it until I got to Detroit. Detroit has completely, and will always, influence my work, specifically black youth of Detroit. My mission of employing Afrofuturism in my hometown is probably too personal; however, I can’t seem to separate myself from it.

Once I returned home and intentionally decided to reacquaint myself with this city of turmoil, something I didn’t experience as a child, I became fully aware of what Detroit truly needed in order to revitalize. It is beyond an economic issue.

Two years ago I created AFROTOPIA with the intention of helping youth create new visions of their future, and to ensure black Americans were part of the future narrative of Detroit. I first began with a summer class teaching middle and high schoolers. I became instantly hooked to teaching. I decided to substitute-teach in charter schools to gain a better understanding of pedagogy and the institution of education as it pertains to black students. Teaching youth has shifted my vision for AFROTOPIA and the mission. I continue to substitute-teach simply to remain conscious of the deep complexities of our city. For instance, way before the marches about water shutoffs I learned of children living without water. How could that be possible in the US in 2015?!? I also was encountering student after student at different schools with third-degree burns. My bourgeoisie upbringing was shattered, as I intended, but now my heart remains heavy. AFROTOPIA is beyond an art project. It is the only way I know how to help heal these deep traumas for adults and these precious young ones.

What upcoming projects are you excited about?
I’m in the midst of curating Sigi Fest, a summer festival taking place at House Opera: Opera House, an initiative of architect Mitch McEwen of the HOWDOYOUSAYYAMINAFRICAN? Collective. Over the past year or so I’ve been observing how Detroiters are re-imaging spirituality and worship. I was really impressed that there were these healers/visionaries working hard to revitalize Detroit through the healing of individuals. This spoke to me immediately after my experiences working with youth. I want to support and explore that further. Sigi Fest brings together spirit science, art, performance and music to celebrate the heliacal rise of Sigi Tolo aka Sirius. The star Sirius and the Dogon myth is very present within Afrofuturism and have been one of my favorite areas to study. As a result of my studies I learned that it is believed Sirius is the center of our universe and during the heliacal rise beginning July 23 (also the day in 1967 when Detroit had a rebellion) to September 15, a vortex opens and the Source shines her light into our universe. It is a very auspicious time. As a way to honor this ancient mythology and capture this light for Detroit, on the chance it is true, I created this festival.

I’m currently in the midst of research for the upcoming exhibition “Future Africa Visions of Time” at the University of Bayreuth. I’m making an installation that incorporates sound art. The working title is “Virgin Future.” It is my belief that there can be no future as long as our bodies are inhabited by historical traumas, otherwise they haunt us and repeat itself keeping us forever in a space of despair and abuse. This installation aims to heal those traumas.