From a Missouri grand jury’s decision not to indict officer Darren Wilson in the fatal shooting of an unarmed Michael Brown in Ferguson, to the sentencing of Boston Bomber Dzhokhar Tsarnaev to death, our flawed criminal justice system is ever present in our lives. Julie Green’s set of 600 plates illustrating the final meals of U.S. death row inmates helps us remember the human lives behind the news. 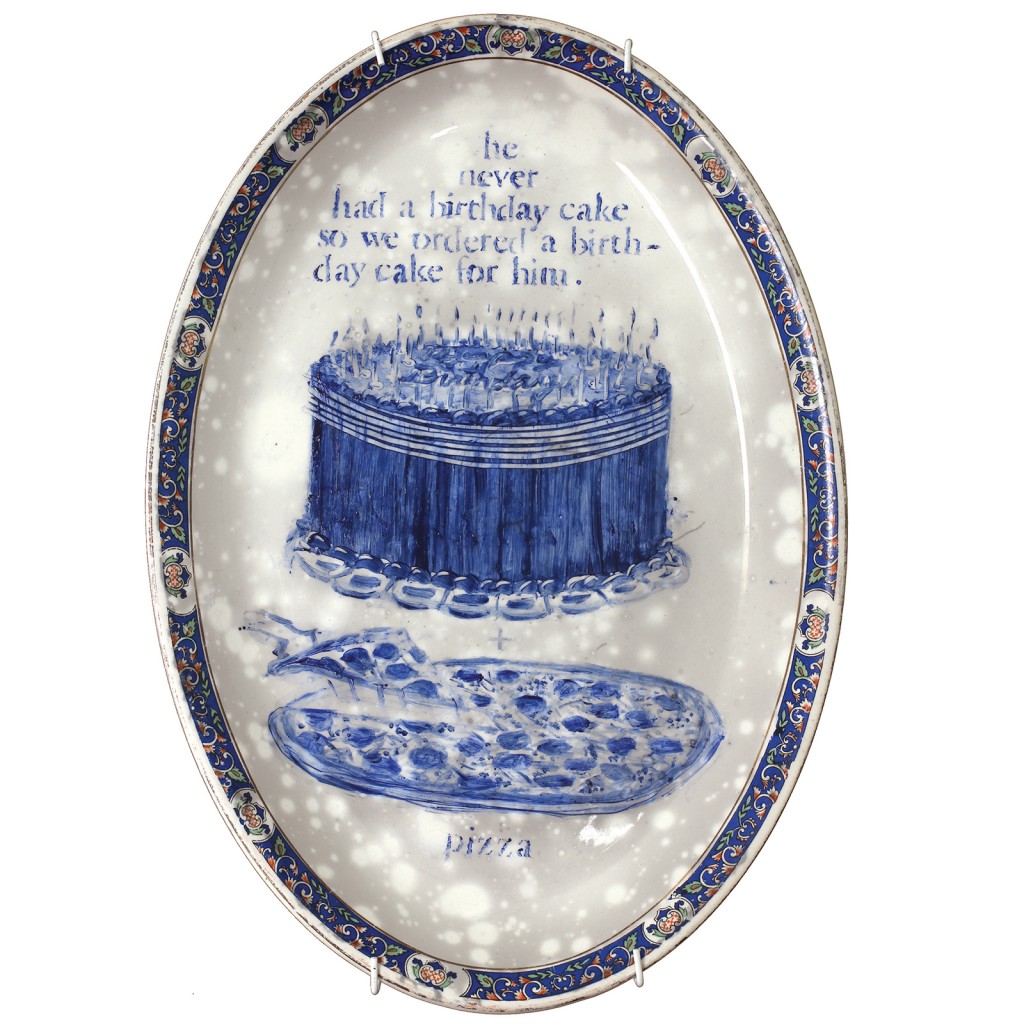 Entering the second-floor gallery, visitors are immediately presented with context for the project. Green, an Oregon State University art professor, has an artists’ statement affixed to the wall in lieu of a more traditional curatorial description. In addition to information on capital punishment, she offers heartbreaking details, such as one inmate’s final meal of birthday cake, his first. Green has vowed to continue adding fifty plates a year to the project until capital punishment is abolished.

The four main gallery walls are filled with 600 plates arranged in close clusters. The dishes themselves are secondhand and all are painted with the same cobalt blue mineral paint; they function as both a conceptual project and a staggering series of portraits. Green chose blue as there is a limited number of mineral paint colors suitable for home studios. The uniformity helps each plate feel like a small memorial; seen grouped together they give a human scale to the installation. Some meals are true depictions of the request, like a pepperoni pizza and a bag of M&M’s, or a burger, hot dog, soda and milkshake. Other plates are text only; several read: “Declined a last meal.” Still others offer more gut-wrenching descriptions, like, “request: eat from a vending machine with family members.” 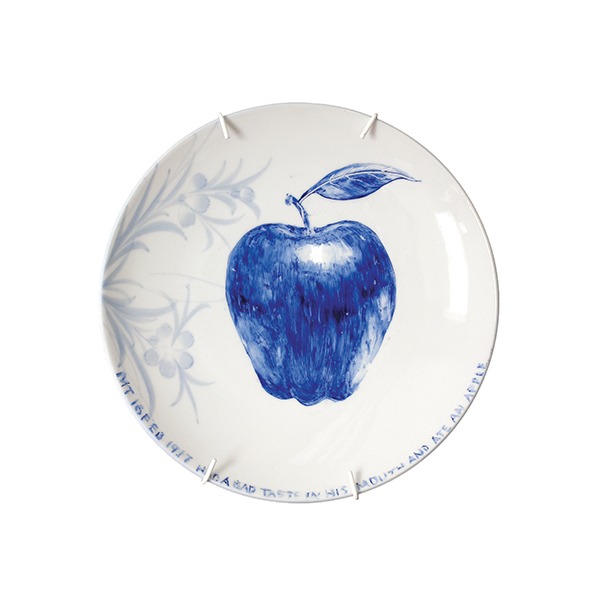 Apart from the main space Green includes two plates featuring the first meals eaten on the outside by exonerated men. They are placed alongside statistics on each state’s capital punishment numbers: the U.S. has completed 1,407 executions since 1976. In her statement Green questions why we have this dramatic last meal tradition. After wrapping your head around the lost lives represented in that room, you might feel the same as one inmate who requested, “Justice Equality Peace.” (Kerry Cardoza)

Through August 9 at the Block Museum, 40 Arts Circle Drive, Evanston.