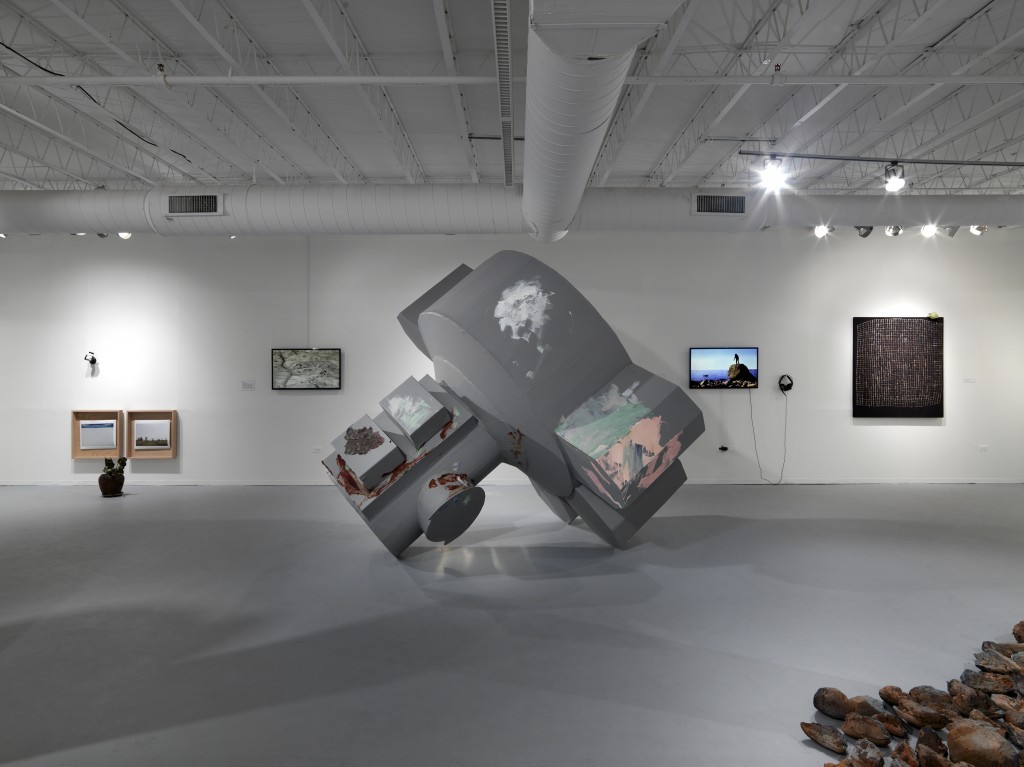 The works presented in “Cosmosis” celebrate outer space’s contemporary moment while exploring the increasing overlap between popular culture, scientific inquiry and artistic production. The dense but balanced group show features muted 2D works which offset the scale and ambition of sculpture and media counterparts; great emphasis is placed in the ability of these images and objects to act as agents of communication and interpretation.

Curator Steven Bridges posits it is the responsibility of artists to “absorb and metabolize scientific developments and breakthroughs which have tremendous cultural relevance.” Sarah and Joseph Belknap’s collective practice hinges on this role; their joyful inquiries into cosmology and astronomy spawn playful installations such as “Mars Field.” A nod to recent discoveries pertaining to the actual color of Mars, the shade of the floor-based piece shifts from red to blue as you perambulate around it. Their “rocks” are in dialogue with space detritus present in other works, such as Joseph G. Cruz’s subtle drawing made from ground-up rocket. Jefferson Pinder has contributed a painting and a sculpture; the former a formal exercise that invites contemplation and the latter a mix-taped assemblage which demands attention. His disorienting glitter-covered canvas “Stellar Plane” hangs stoically next to the feisty and unpredictable “Funknik.” The orb, a reimagining of the Sputnik satellite, emanates a non-linear but aggressive soundtrack of audio samples. Daniel Baird also includes a pair of works that are exercises in polarity. “Quest” is a large rendering of the airlock module for the International Space Station; next to it two tiny plates feature a child’s rendition of the Pioneer Plaque. These works evoke the wonder that compels our collective fascination with outer space and acts as the impetus for this exhibition. 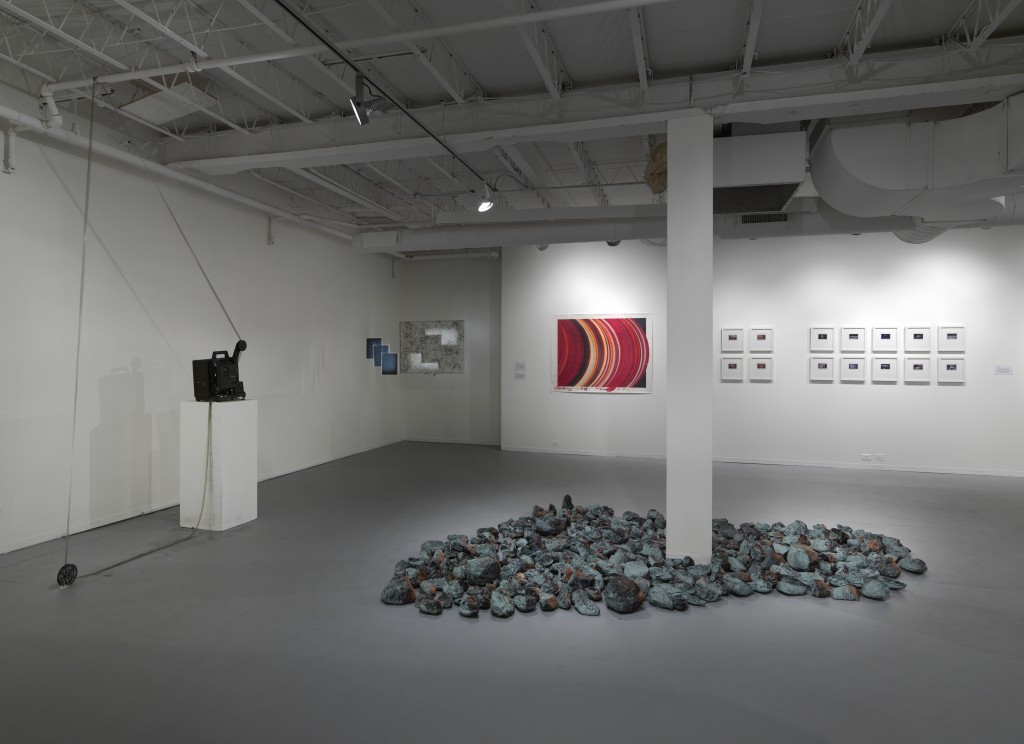 Artists are charged with making the intangible tangible by integrating, imitating and reiterating scientific information. The works here range from grand outward existential observations to myopic internal musings on humanism, because, says Bridges, “to look outward and beyond is also to look inward.” As the dialogue between art and science continues, “Cosmosis” invites us to consider a more holistic view of the subjective (art) vs. objective (science). (Erin Toale)

Through August 23 at the Hyde Park Art Center, 5020 South Cornell.