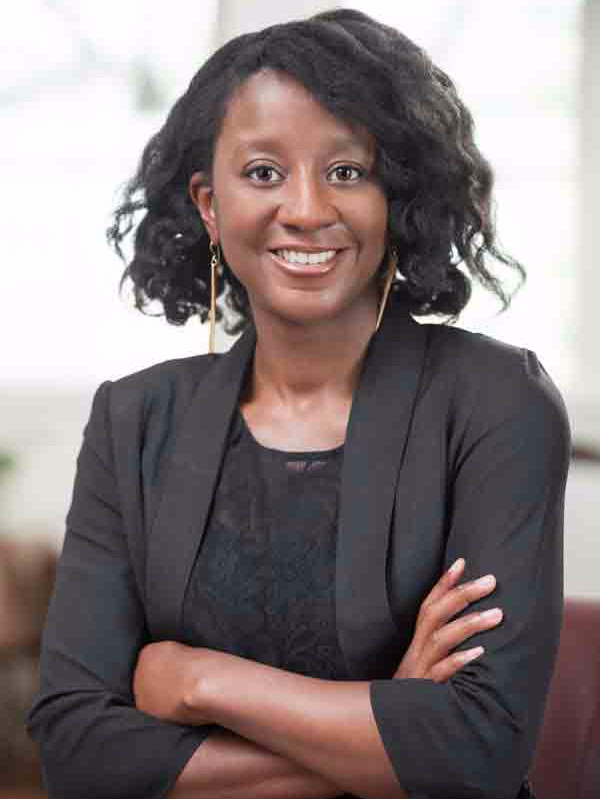 After a worldwide search, the Reva and David Logan Center for the Arts at the University of Chicago has appointed Yesomi Umolu as Exhibitions Curator. Beginning in August, Umolu will oversee exhibitions in the Logan Center Gallery and other spaces throughout the multidisciplinary arts building. Previously, this position was held by Monika Szewczyk, who left the center that she had helped establish to join the curatorial team for documenta, an exhibition of modern and contemporary art held every five years in Kassel, Germany.

With Umolu’s appointment, the Logan Center’s place is confirmed among a burgeoning roster of contemporary art venues on campus. Recent additions—among them the Arts Incubator, the Chicago Booth Art Collection, the Gray Center Lab and Neubauer Collegium Exhibitions—have been created alongside established institutions like the Smart Museum of Art and the Renaissance Society, creating a dense concentration of contemporary visual arts in Hyde Park.

“I look forward to continuing the ethos of experimentation and critical discourse around contemporary art and culture that the Logan Center Exhibitions program has established,” Umolu said. “I am thrilled at the prospect of collaborating with artists, scholars and community members who contribute so greatly to the Logan Center’s vibrant presence on campus and in the broader South Side cultural corridor.”

Preceding this role, Umolu was assistant curator at the Eli and Edythe Broad Art Museum at Michigan State University. There, she organized exhibitions, commissions and public programs focusing on global contemporary art. Her exhibitions at MSU include “John Akomfrah: Imaginary Possessions” (2014), the first U.S. exhibition devoted to new work of the British-Ghanaian filmmaker; and “The Land Grant: Forest Law” (2014), a commissioned research and film project by Ursula Biemann and Paulo Tavares.

As Curatorial Fellow for the Visual Arts at the Minneapolis Walker Art Center, she curated Karen Mirza and Brad Butler’s first U.S. museum solo show “The Museum of Non Participation: The New Deal” (2013). Additional curatorial roles include the European biennial of contemporary Art Manifesta 8, and London’s Serpentine Gallery. She shaped programming at Iniva (Institute of International Visual Arts) and Tate Modern, London. She has been a visiting lecturer, critic and speaker at international universities including Goldsmiths, University of London; Jagiellonian University, Krakow; and University of the Witwatersrand, Johannesburg. Her written work has appeared in journals, including Art in America and Afterimage: The Journal of Media Arts and Cultural Criticism.

Umolu received an MA with honors in Architectural Design at the University of Edinburgh and an MA with Distinction in Curating Contemporary Art from the Royal College of Art, London.

“In Yesomi, we have found a curator who will advance the adventurous, collaborative and inquisitive approach that has characterized Logan Center Exhibitions since its founding [in 2012],” said Bill Michel, the Executive Director of the Logan Center. “I look forward to experiencing the inspiring and thought-provoking work she will bring to the Logan Center in the years ahead.” (Whitney Richardson)