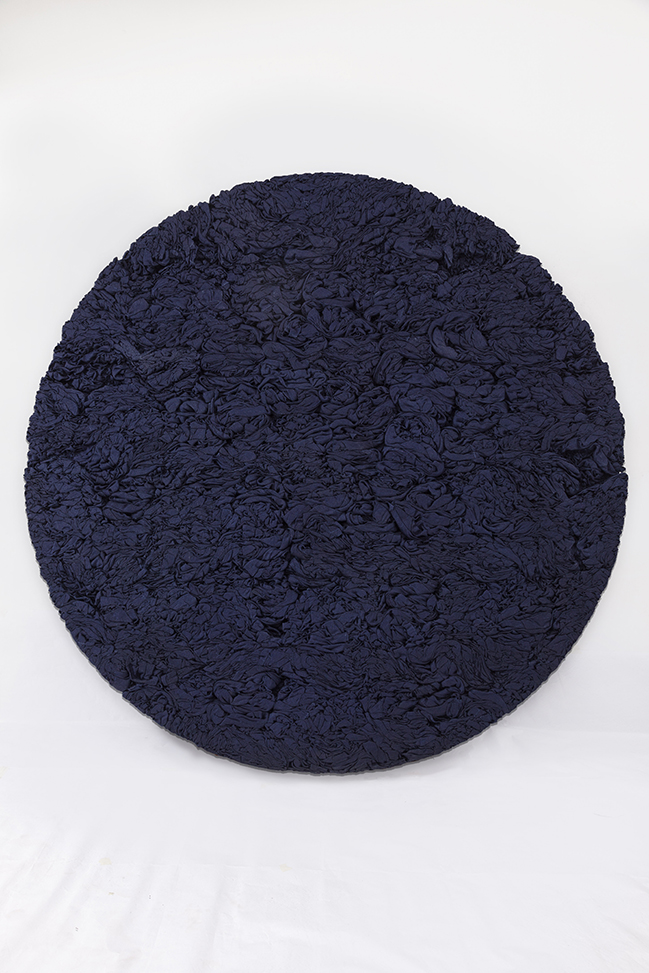 The work of Mumbai-based Manish Nai makes a viewer reconsider the limits of an artistic medium. He doesn’t use traditional media, such as heavy metals and wood, oil or acrylic. Instead, Nai uses everyday materials—cardboard, jute, newspaper and even his family’s used clothing—to sculpt, mark and render.

For his first solo exhibition in the United States, Nai has created wall hangings, photographic prints, sculptures and four site-specific works, including a gallery pillar wrapped in jute, a burlap-like material that is abundant in India, and a heat-transferred mural that will slowly disappear during the course of the exhibition. His use of traditional artistic processes, such as weaving or drawing and sculpting by hand, in conjunction with contemporary rendering techniques borrowed from digital and new media art, design and architecture give these objects a surprising new dynamism. By combining the old and the new, Nai’s work is thoroughly international even as it remains fully Indian. 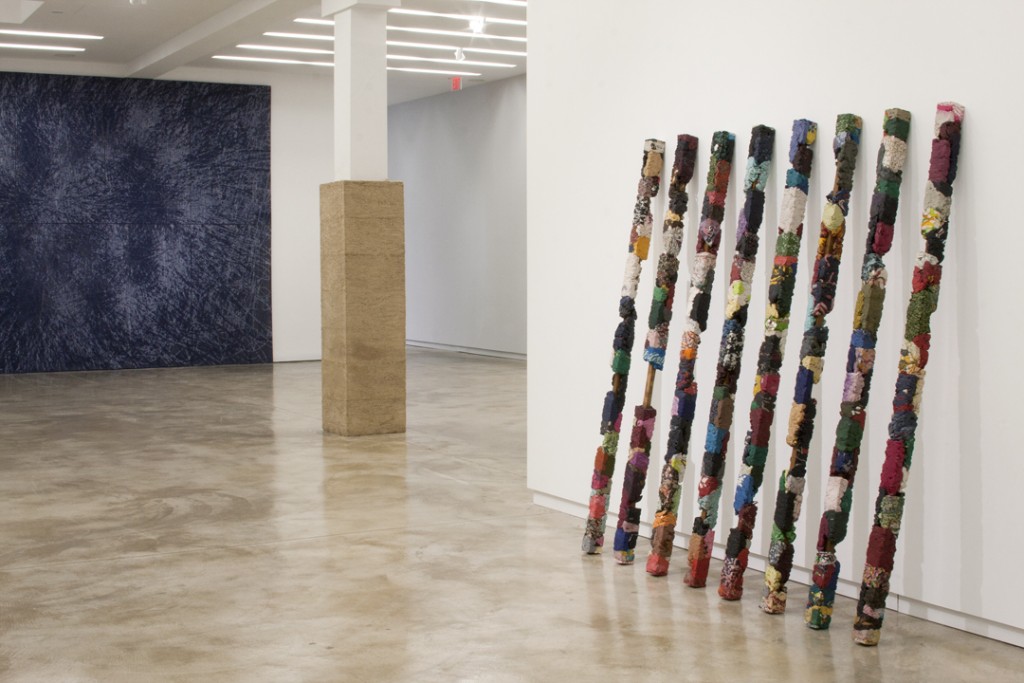 A ten-panel wall hanging uses jute to reimagine painting. Cut and dyed cloth is distilled to its fibers, which are threaded over architectural drawing paper. Geometric forms peek through beneath the woven patterns in contrast to the swirling free forms above. The unstructured placement of the strands recalls many an Abstract Expressionist dribble, pour or painted swoop, making the influence of Western artistic styles on many Indian artists in the second half of the twentieth century, including Nai, palpable. Such overt expressions of this exchange—West influencing East and vice versa—have generally fallen out of favor with contemporary Indian artists, who often choose to comment on their place in a globalized world instead.

It’s easy to flatten aesthetic experience and dull sensation in the rush to be cosmopolitan and worldly, but Nai manages to create familiar objects that are distinct rather than generic or exotically “othered.” While his India, as reflected in these works, remains colorful, highly sensuous and steeped in iconic history, it is also asserting its place as a unique player in a forward thinking, urban, savvy and vibrantly modern world. (Lee Ann Norman)