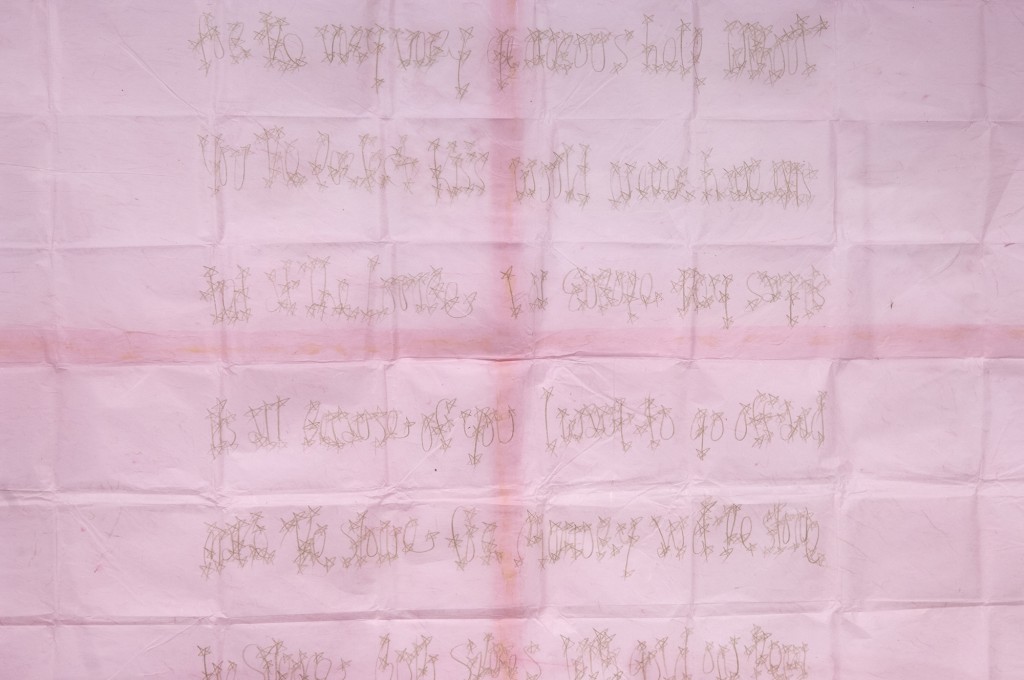 “You’ve gotten so much more mystical this year,” said my twin during a recent phone call. We’d been talking horoscopes and tarot, and more generally about forms of reading that are predicated on alternatives to empirical reason. We’ve turned thirty this year, and now we’re completing a period astrologers call Saturn’s return. It’s the first time Saturn returns to its position at the time of your birth, and it’s said to accompany crisis and questioning—finding out what you’ve built so far, whether it’s strong enough to continue working, and what tumultuous deconstruction will radically reshape your life.

Halfway through my twenties, I thought about my art and writing practices as “site specific,” relishing the efforts to tailor intellectual inquiries to the specifications of a given context, be it through made-to-measure sculptural installations or cultivating a writing voice apropos to the publication in which it occurs. A few years hence, this instinct matured into what has been called “institutional critique” in the art world for the past four and a half decades. Even as I’ve operated in multi-hyphenate roles in our field, I’ve hoped to do so critically, conscientious of the economic and cultural settings that anticipated this condition of hybrid creative workers. For me, institutional critique has been like a bat flying about in the rafters of the organizations and systems built around contemporary art—pushing against the structure, conveying perspectives that question how we are producing the art [and] world in which we reside.

Leaving my Saturn’s return has had the effect of blowing the ceiling off of these imagined rooms with rafters where I’ve worked. I’m certainly not suggesting that I’m outside or beyond civilization’s mechanized apparatus in which we are all complicit; I tend to follow Foucault’s pondering that “there is no absolute outside where [power] is concerned.” Rather, my perceptions have been extending into further depths and I feel freshly sensitive to an almost cosmic scope around the questions that have driven my work as an artist and writer (and curator and teacher and queer activist). Is there a direction in this broadened territory? Paradoxically I seem to be traveling further outward and inward.

In 1941, Virginia Woolf wrote, “You see I can’t even write this properly. I can’t read. What I want to say is… you have been entirely patient with me and incredibly good.” 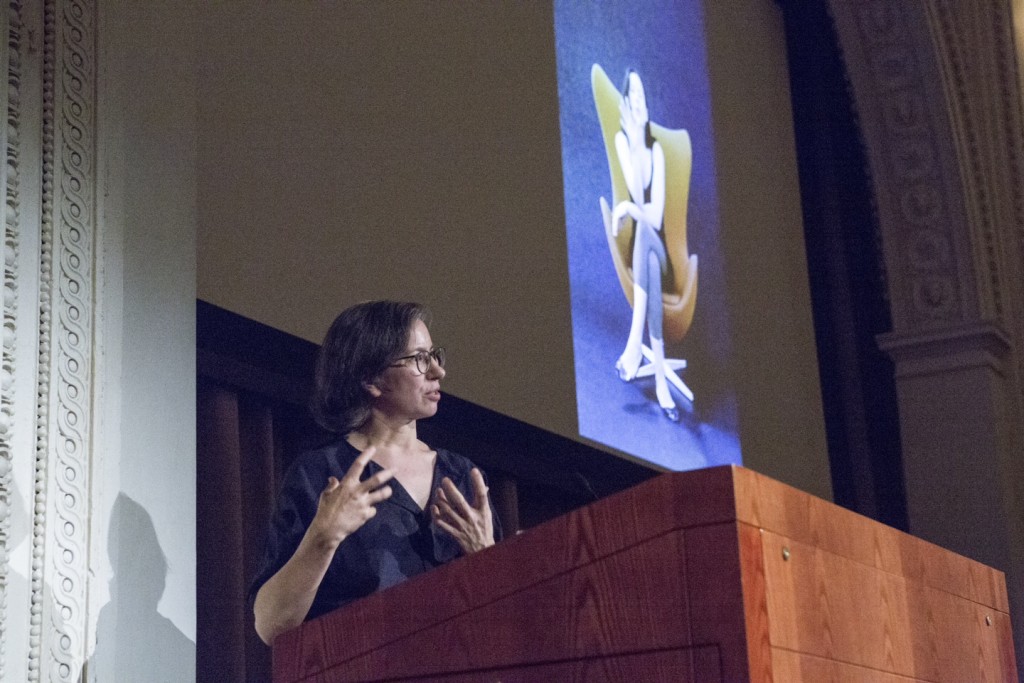 Gregg Bordowitz has done a tremendous job organizing a season of lectures this summer that have coincided with SAIC’s newish low-residency MFA program. And they’ve been free and open to the public, to boot. On July 1, Andrea Fraser presented a real stunner of a talk in which she retraced her earlier institutional critique work. She recalled the oft-drawn lineage of “research in the world that is historical, archival” in which she proceeds from Hans Haacke’s investigations into museum policy, collections and economics. But then she attached these lines of inquiry to what she called “inward research” that is “introspective” and inherited from feminist practices. She wished she could substitute the term “institutional critique” with “institutional analysis,” representing an ongoing investigation into what we want and the ways that we use art to attain or fantasize about the attainment of those desires.

Several months before I joined the editorial staff at Newcity, I was offered the opportunity to pursue what has been for me a major museum project at the Contemporary Arts Center in Cincinnati, a town where I’d lived for the better part of my twenties. I embarked on research into the life and work of American conceptualist James Lee Byars (1932-1997), and developed an exhibition that came to investigate the ways exhibitions like these happen: the approved and rejected loan requests from other museums, the forms of control exerted over how artists’ lives are represented art historically, and how relationships between artists and institutions mirror much more intimate attachments in our lived experiences.

I could easily write volumes of diaristic reflections on this exhibition and its process of becoming; I could prattle at length about the overlooked nuances of Byars’ oeuvre. For the moment though I’ll just tell you that Byars wrote love letters that he sent out to artists, curators, collectors and friends. They were often on tissue paper, sometimes made into scrolls or cut into the shapes of hearts or phalluses. In many cases, after writing notes in his looping cursive scrawl, he would draw stars atop each character comprising each word. Most of the time, the recipients of these eccentric, elaborate letters did not respond in kind. 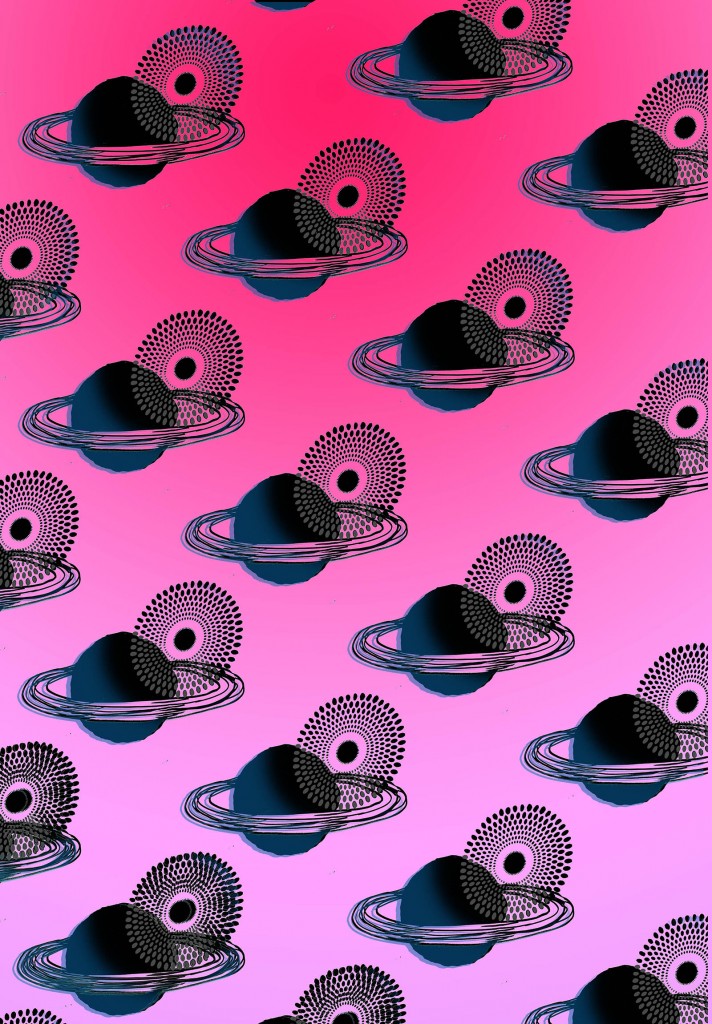 I have spent my Saturn’s return realizing this museum project and writing my column as editor at Newcity. These short essays penned for Newcity have been shaped by my aforementioned site-specific impulses: correspondences about the value and significance of art happening in our city amidst social struggles. How is visual art being used in the pursuit for visibility for different races, genders and sexualities; for mothers, the differently abled and oblique parts of art historical canon?

As I am leaving Saturn’s return, I need to write different sorts of letters to you. These will be smattered with stars, less coherent, more cosmic and abstract, not as obviously useful. These parallel pursuits—my “research in the world” at Newcity and the more introspective revelations of the studio—are collapsing into each other. It’s bittersweet that with this issue, I take my leave of Newcity’s art editor position. You’ve been entirely patient and incredibly good. Also good is the inimitable Elliot Reichert who is succeeding me here.

Newcity was founded in 1986, so I’m not the only one around here with a Saturn encounter. I would love to know how our resident astrologer Rob Brezsny would coach this beloved publication through its own Saturn Return. In the meantime, I will be reading, making, thinking and still writing somewhere nearby you within the cosmic institution we are exploring together.