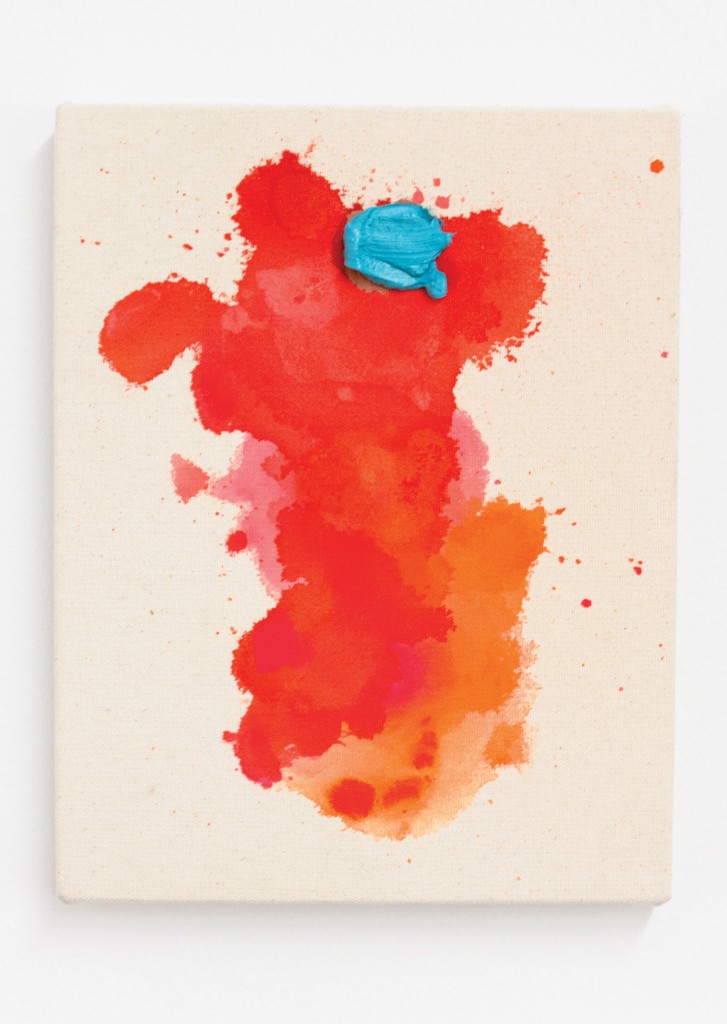 Contemporary art so often pursues the aesthetics of surprise that it takes a willful suspension of disbelief to find anything unexpected. In this way, the curation of the Brandon Anschultz exhibition is not especially surprising. A large wooden plank hangs casually over a balcony as if it had not yet been installed. A small sculpture is hidden away on a remote window sill; another has been placed in a dark corner on the floor, though an attached wire indicates that it was fabricated to hang from above. None of this seems unusual, nor do the drippy-glob sculptures that were made by dipping ordinary objects, like shoes, repeatedly into buckets of thick paint. So much of the world is messy and chaotic, there is nothing strange about one more room of it. 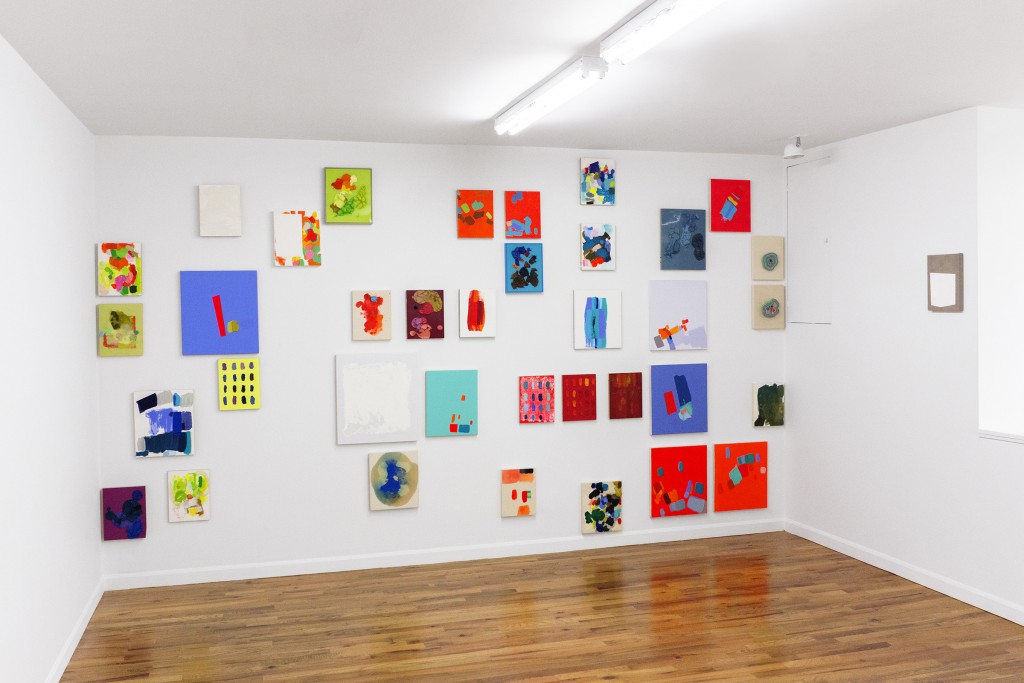 But every well-done painting is a happy surprise, and this exhibition has several of them. Their color tones are as clear and crisp as a flower garden, and they have the playful ebullience of a room full of hyperactive children. Those who want to see paintings that evidence some spiritual, moral or conceptual struggle may be disappointed. This is a child’s world of endless possibility rather than crushing responsibility. Anschultz always seems to be proposing: “Let’s try this and see what happens.” With nothing more than casual amusement at stake, the artist surrenders himself to chance. But his craftsmanship is deft enough to easily take it for granted. No, this is not the work of children, but rather it has been made by a skillful adult who enjoys play-acting with paint, wood and other materials as children might play with dolls or toy soldiers. The happiest results are when the boundaries of his stage have been fixed as they are by the four sides of a canvas. And when the artist is expertly applying dabs of paint with a brush, rather than letting the paint get shmushed or raked against the surface. In the nineteenth-century art world, Anschultz might have been a notable painter of still-lifes, especially florals. (Chris Miller)