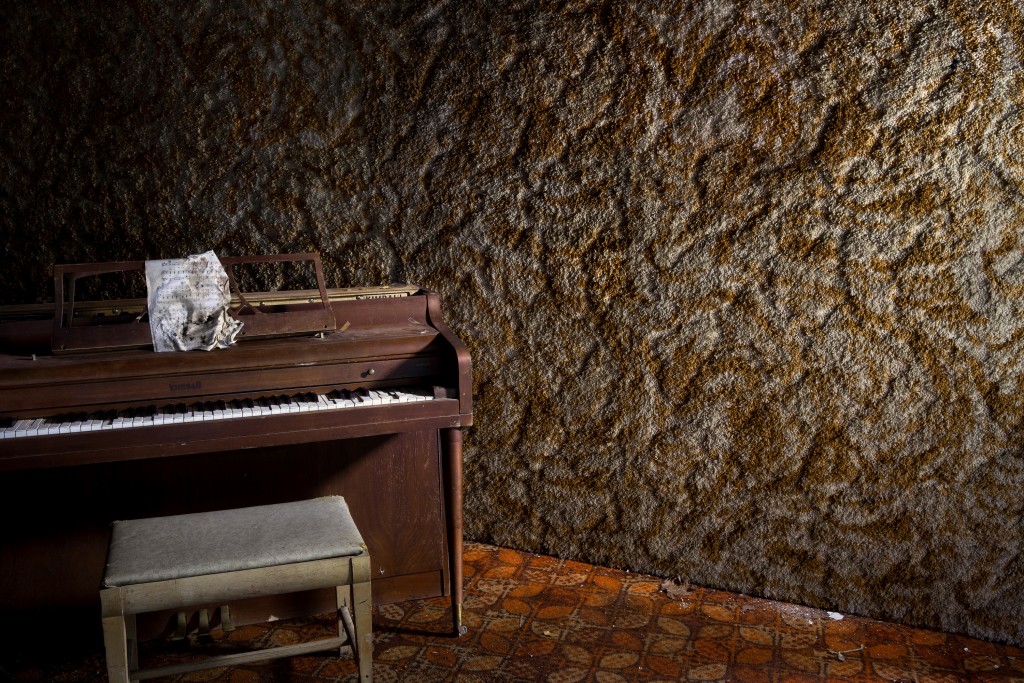 In a self-conscious pairing of aesthetically similar bodies of photographic work with seemingly radically different sensibilities, this exhibit brings together Justin Nolan, who takes pictures of simulated faux nostalgic glamour (think of the interiors of Las Vegas commercial palaces—the very inspiration for postmodernism), and Matthew Bender, who shoots the insides of derelict buildings. The first impression upon entering the gallery space is that one is looking at a solo show. The images are all in color, limpid, clear and luscious, with elegant plays of light and shadow. 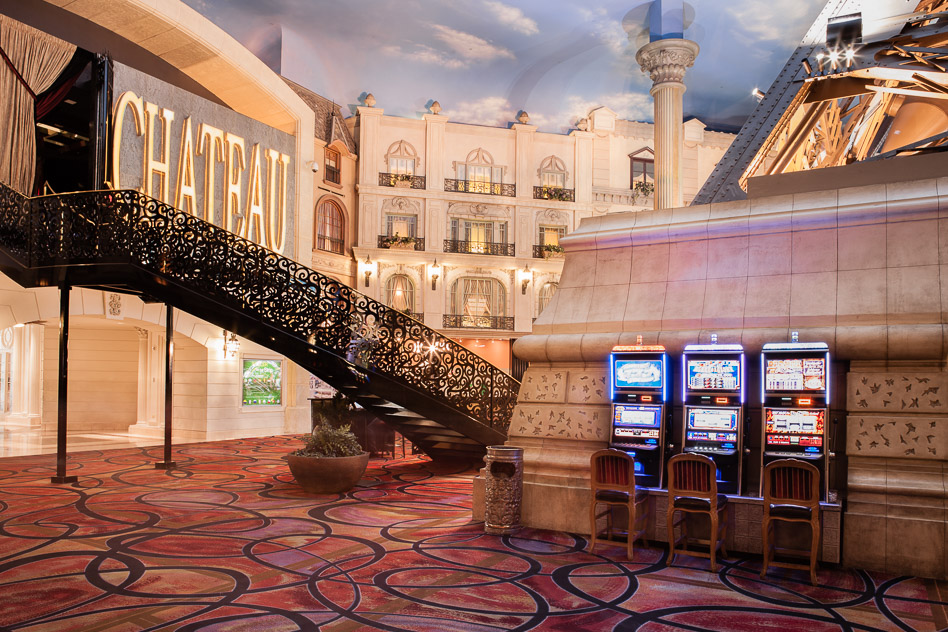 A closer look reveals the difference: on the left wall, Nolan’s depopulated prints reveal ostentatious and kitschy scenes, scrubbed clean and reeking of aristocratic opulence. On the right wall, Bender’s shots, a bit darker than Nolan’s, show riots of rubble at the antipodes from the contrived, ordered spaces that face them. The contrasts between the two bodies of work appear most starkly in each artist’s strongest image. Nolan’s “Paris, Las Vegas” (2014) captures a simulated street scene that riffs on an imaginary turn-of-the-century City of Lights in which a large sign announces that we are right outside a “CHATEAU” where three slot machines have been conveniently lined up for whiling away the early evening. Then turn to Bender’s “Piano, Penn Hills Resort” (2014), in which the instrument, partially cropped on the left side of the frame, rests at a slight tilt on decomposing dirty orange flooring, against a mottled brown wall, its broken keys popping up like loose teeth and a crumpled piece of sheet music on its stand. Both Nolan and Bender have chosen to present their images in elegant archival pigment prints, the former to hype-up the kitsch and the latter to redeem the ruins. Their works are both aesthetic documents, and despite their divergent intentions, both series project an air of unreality that evokes a smile of recognition of self-conscious, campy pretension. The everyday world that we take to be real is missing here, yet its absence reveals the relativity of the ordinary. (Michael Weinstein)