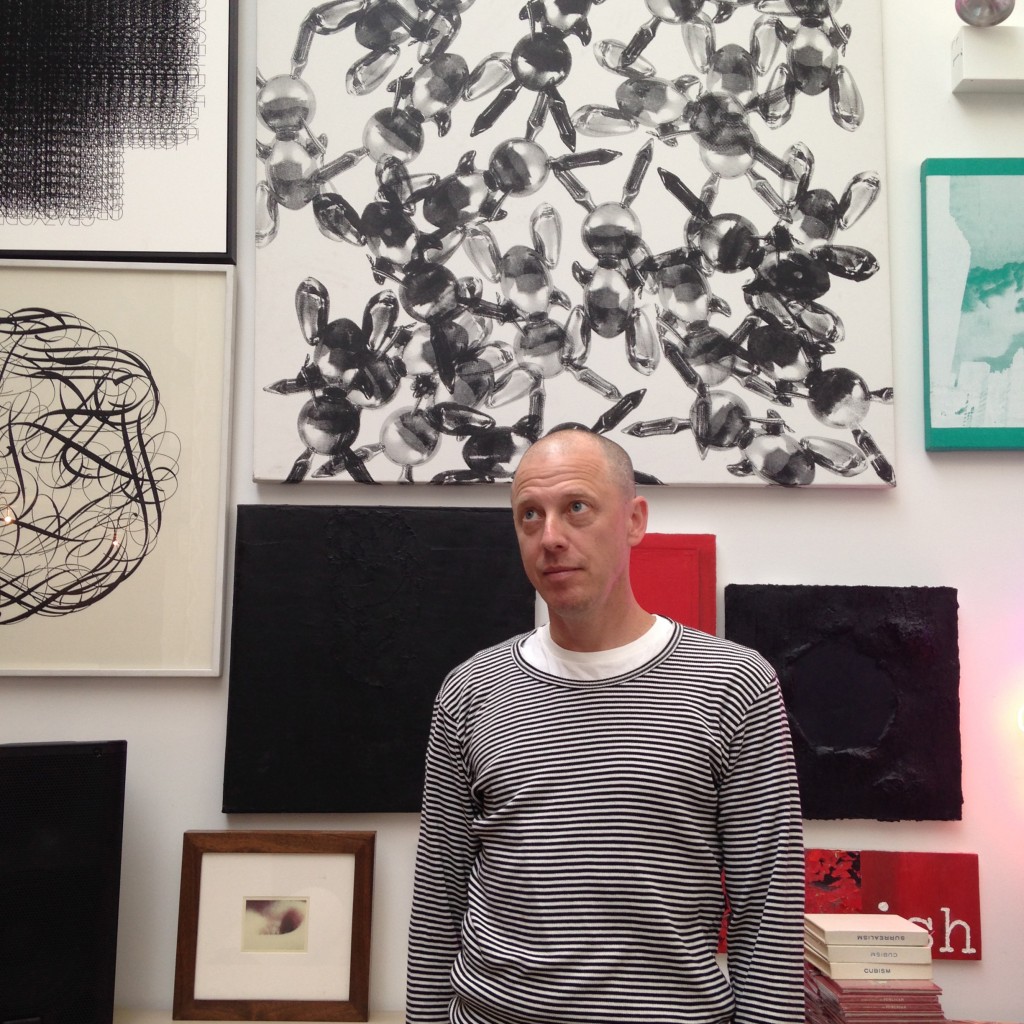 Pickleman amidst some of his collection.

Graphic designer Jason Pickleman has opened up a gallery at 4755 North Clark that he is calling Lawrence & Clark (L&C). Pickleman is no stranger to the arts, as a practicing artist and a graphic designer who has created iconic logos for Avec, the Wit Hotel and many more. A rare breed in these times, L&C will be a collection-based gallery, showcasing work that Pickleman owns, the majority of which he purchased in Chicago over more than thirty years of living and working here.

Pickleman takes pride in the mission of this gallery, which will not only provide the opportunity for work to be “RE-SEEN, yet again, in Chicago,” as they were when he first encountered them, but in also featuring work by individuals who are better known for their other talents than they are for creating visual art.

In an email exchange, Pickleman explains, “The Chicago art world for more than twenty-five years has given me an unprecedented opportunity to collect work at a very early point in many artists’ careers. Our studio is hung salon style with hundreds of works of art. The gallery will give me a space to highlight trends and common threads from all these acquisitions. It will also allow me the possibility to tell stories about work that’s passed through Chicago, again, something I’ve been in a unique position to experience.” 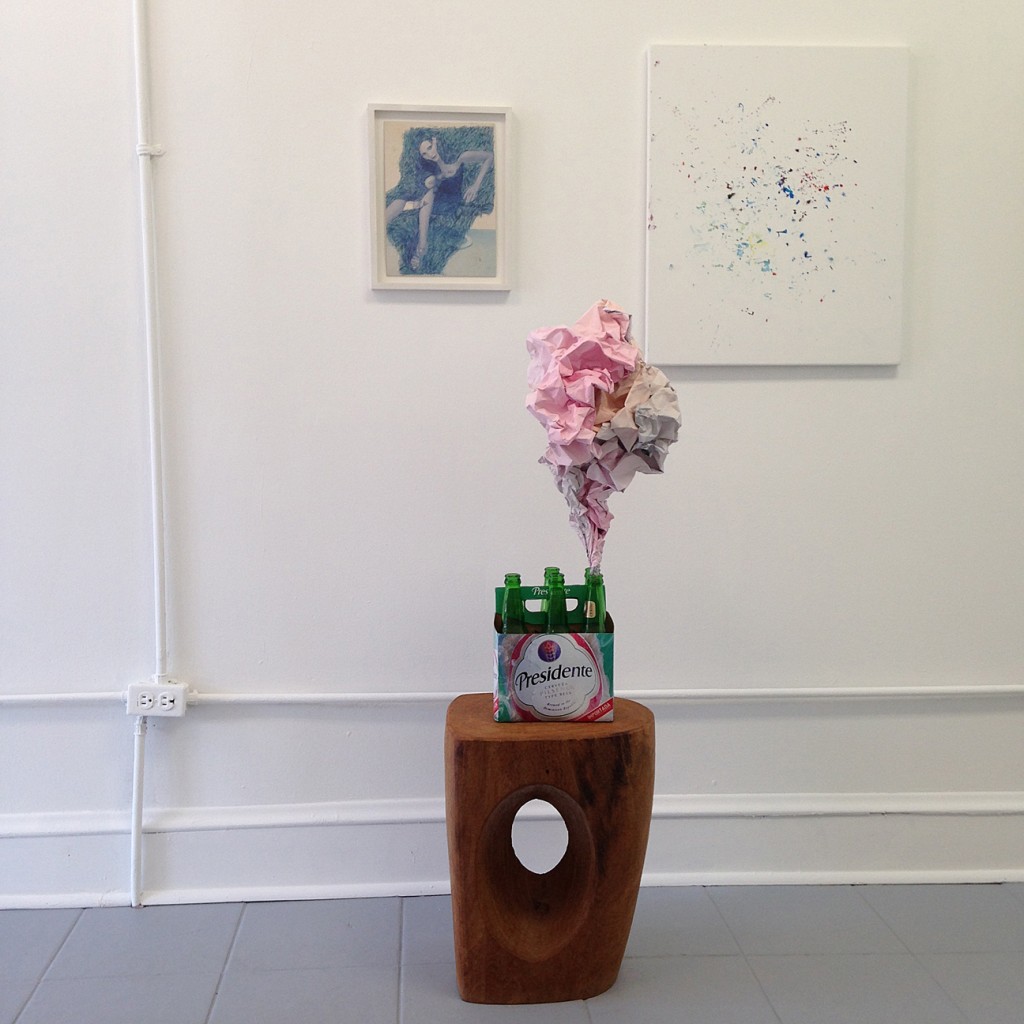 The current collection on display brings together five works by Maxwell Graham, as well as solo works by Invader, Puppies Puppies, Sonny Venice (Hamza Walker), Tony Tasset and William Burroughs. Coinciding with Pickleman’s mission to “reposition what a gallery can be,” he said he wanted to open his gallery with work by Graham, someone who has ceased working on his craft but gone forward to produce something of substantial importance.

Another aspect that sets this gallery apart from many is that the works will not be for sale. Pickleman said that he might be persuaded to part with one or two pieces, but that the money will be put right back into purchasing other artwork. Followers of Pickleman’s work will be happy to hear that he will likely showcase some of his own work amidst the works in his collection. Each show will be open for an undetermined period of time, ranging anywhere from a day to a few weeks. Although L&C’s regular hours are Saturdays 1pm-5pm, they will also be open by appointment.

Pickleman’s ultimate hopes for his gallery are grand: “An artwork is made in private, exhibited in public, and then made private again by being purchased, or sent back to the studio,” he remarks. “The work becomes a prisoner of sorts. The spirit of Lawrence & Clark is to make the work public AGAIN, to stretch out the influential life-cycle of a work of art beyond the walls of privatization. This is what museums do. I think that’s a generous overture to both the artist and the artwork. I hope the gallery is seen by the public with that eye toward generosity.” (Mahjabeen Syed)

The first hanging is on display until August 1 at Lawrence & Clark, 4755 North Clark.