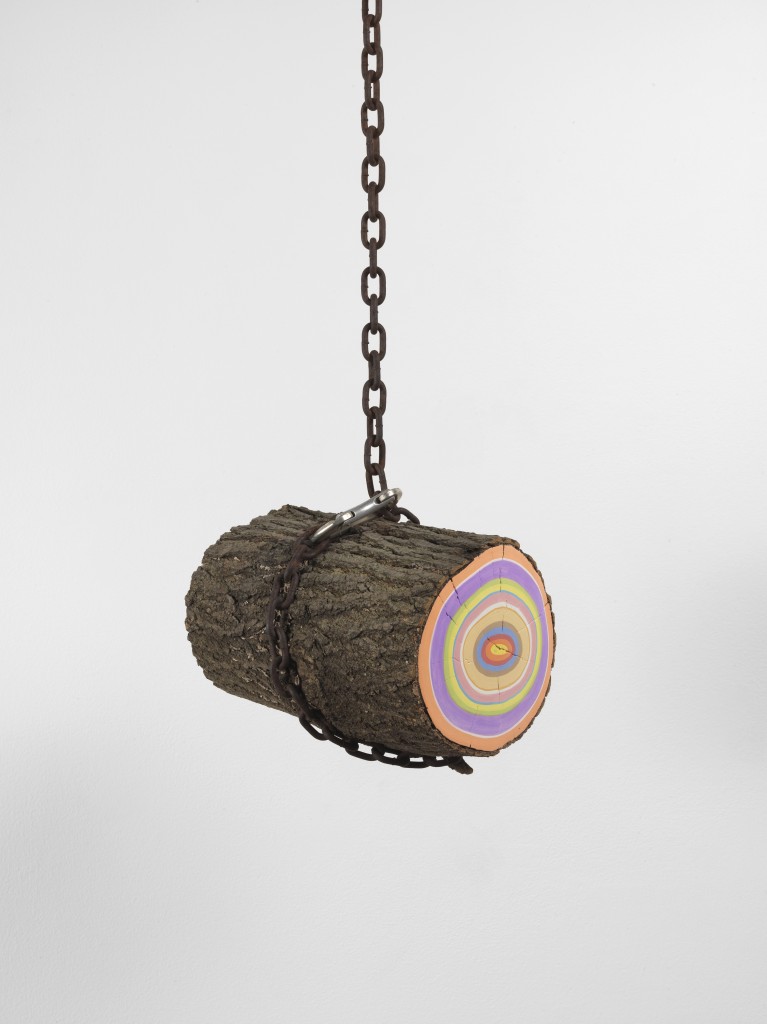 Lora Fosberg saw her friend cut down, and she found beauty in the body.

In depicting a kind of giddy and ecstatic beauty to be found in the cutting down and cutting open of trees, Fosberg manages to elicit glee and melancholy, a wood-sprite saccharine and bitterly acerbic rumination on life, death and nature. Dominated by the tree’s gouache-infused remains, Fosberg’s fallen limbs contain within them soft, spiraling galaxies the color of Easter finery, dissected wet jawbreakers or promethazine cough syrup. The pastel lilacs, carnations, chartreuses and cornflowers form hallucinogenic rings—like prismatic wonderpuss arms pressed against glass—and making every knurled font a flowing wound of dreamy pulchritude.

A sculptural departure from her usual two dimensions, these trees are equal parts memorial and physical polemics. Fosberg’s trees talk as well, mercifully avoiding the tie-dyed tautologies which can plague eco-centric works and hitting, instead, with an acerbic, borderline gallows humor befitting of things which live to be cut down. The missives come radiating from the wounds, pithy and cruel. “Ouch,” simply reads one; another blithely recounts its death, “Fast trip, long drop,” while the observer is reassured that “Youre [sic] my favorite kind of lie,” cold comfort from the talking dead. “What you hate, deserves it,” one of the hollowed remains assures us, the most prominent edge of Fosberg’s happy knife. 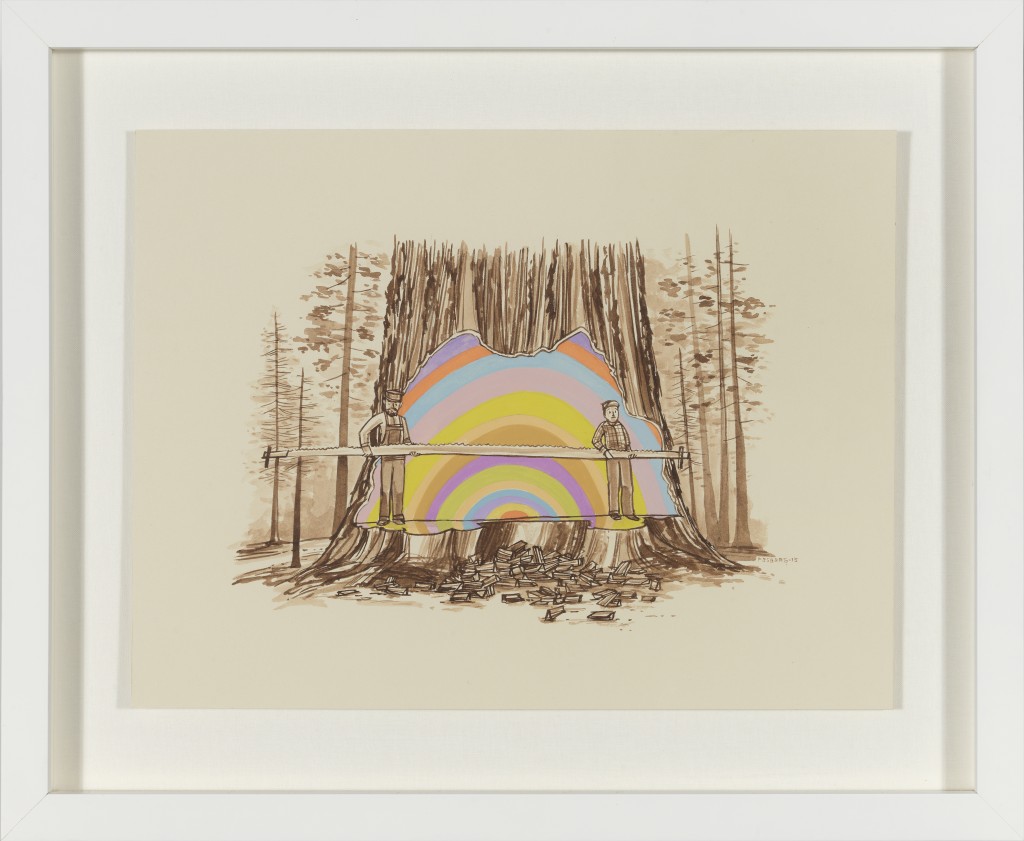 Her wall of prints, tracing the newly bespoke tragic history of the color ringed forest, further drives home the point. Bearded men with parted hair stand atop their trophies, stack them on trucks, build out of them macabre temples to their own destruction, the trees—lumber, now, hunks of wood—drawing a fresh eye via Fosberg’s funerary finery. One does not need to know the history of the once majestic hard growth forests of the South Carolina low country to feel a tinge of sadness looking at these ostensibly cheerful images. It is fitting for an exhibition in which candy colors steal the show that the observer is left both with an immense sense of satisfaction and a pain in the stomach and jaw. (B. David Zarley)