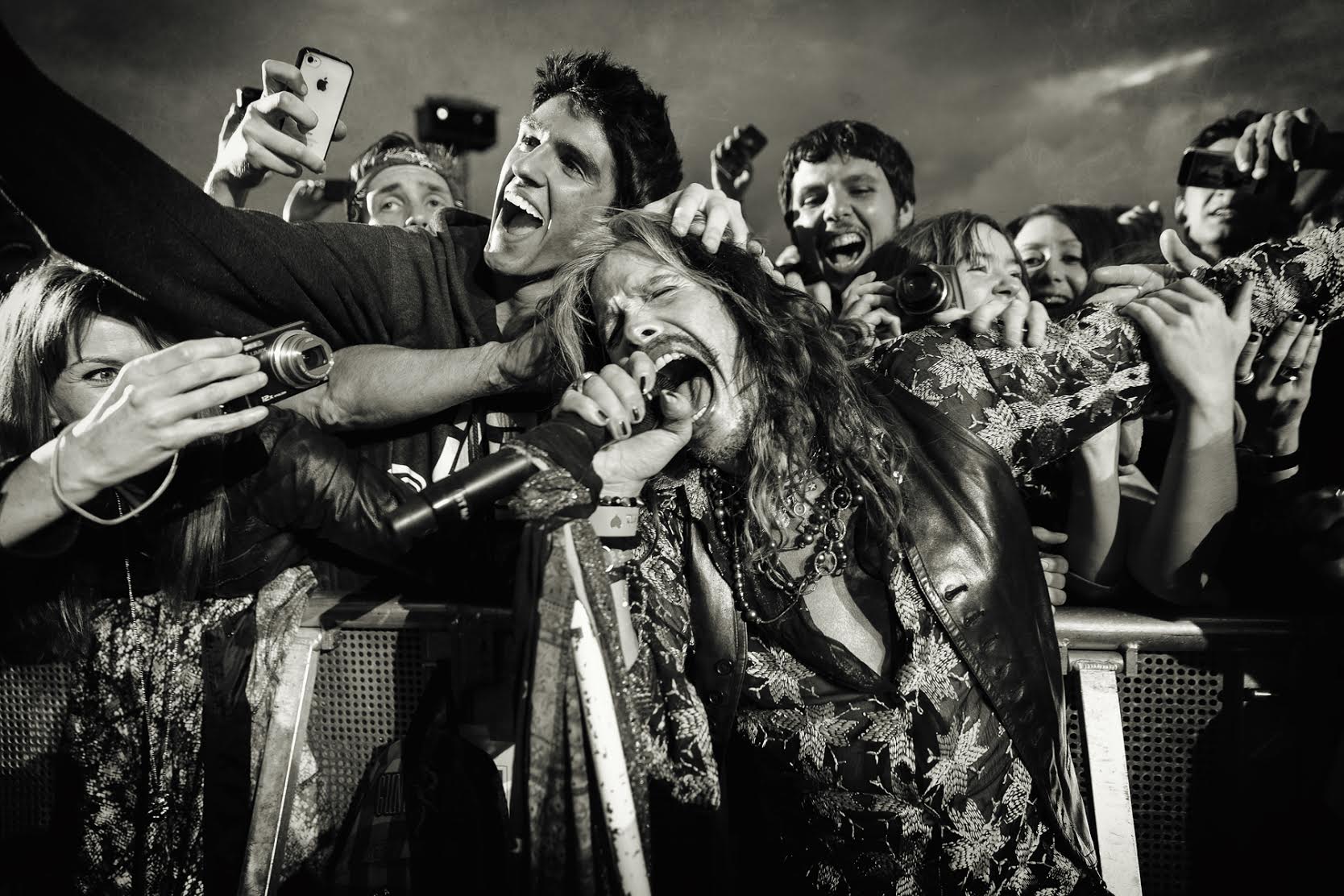 Zack Whitford. “These Are Our Times.” Courtesy of Hilton Asmus Contemporary

A gifted young street photographer, who just happens to be the son of Aerosmith’s rhythm guitarist, Brad Whitford, is set loose with the band. The result is a take on rock photography that blows through all the commercial conventions of hype-driven money shots.

Whitford captures guitarist Joe Perry in Moscow strumming an acoustic guitar in front of St. Basil’s Cathedral, pretending to be a busker just for fun. Perry even got money from passersby that he strove to return to them. Whitford captured that scene in black and white (he also shoots in color) with the elegance of famed street shooter Lee Friedlander, backgrounding Perry with the church’s iconic onion domes under finely delineated puffy clouds, and showing in front of him an upturned Stetson hat to collect the cash. The dominant image in the show, in large format (the others are medium format), is a black-and-white action shot from Donington, England in which singer Steven Tyler is screaming into a microphone surrounded by a crush of fans, some of them with cameras and one of them who looms over Tyler and rests his hand on the singer’s head, taking a selfie as though he was the star. That photo is aptly titled “These Are Our Times.” 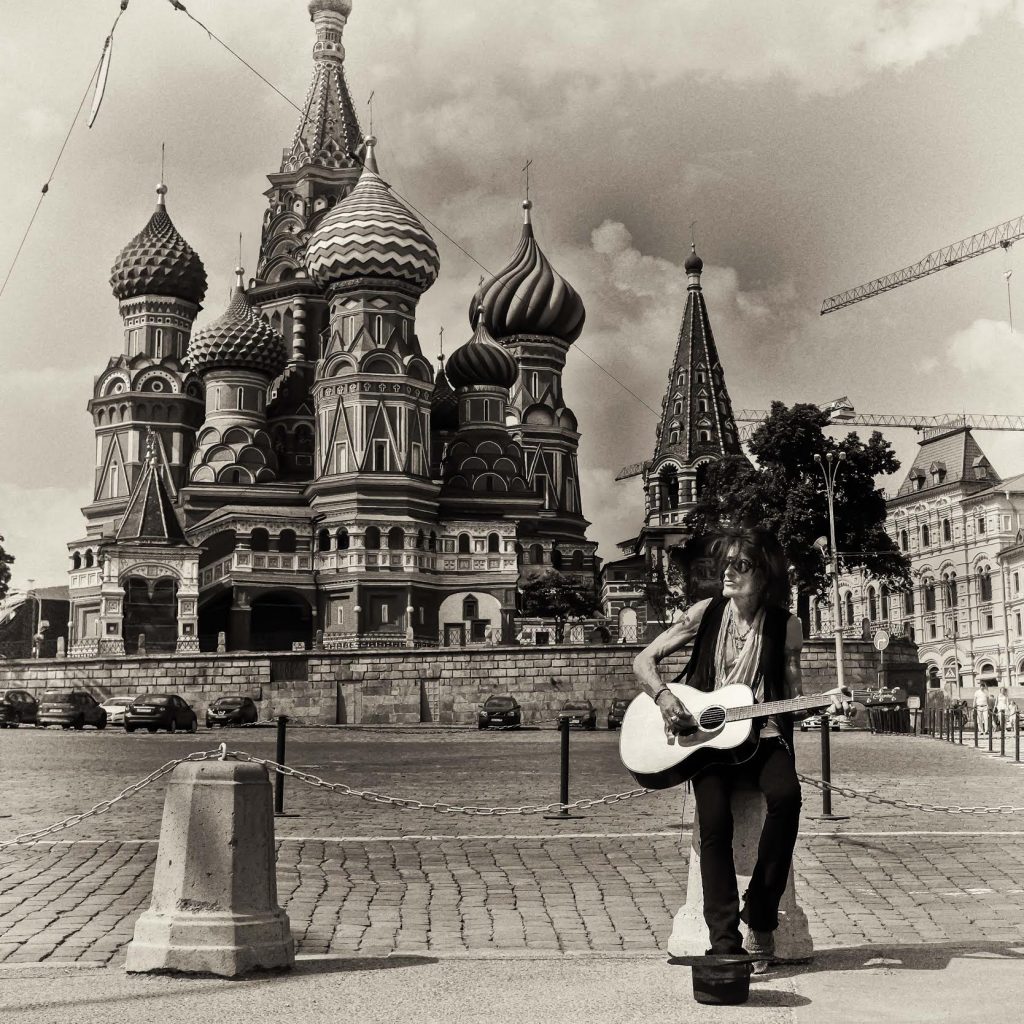 Neither the shot of Perry busking nor of Tyler overshadowed by a narcissistic fan is fit for commercial use; they are not normal rock photography, which puts the star front and center rather than embedded in an exquisite composition or subordinated to someone else. Whitford’s images are influenced by classic street photography, as is shown by his six images from that genre included in the show. In dusky black and white, a homeless woman engulfed in her belongings sits against a grimy stone wall bearing the words “New York’s next great neighborhood.” The staple of street photography is irony, and it stamps Whitford’s sensibility. Sometimes it can be playful and sometimes mordant or sardonic, but it always defies the myths of promotional culture. Whitford makes one wish that more street photographers would invade the entertainment landscape. (Michael Weinstein)