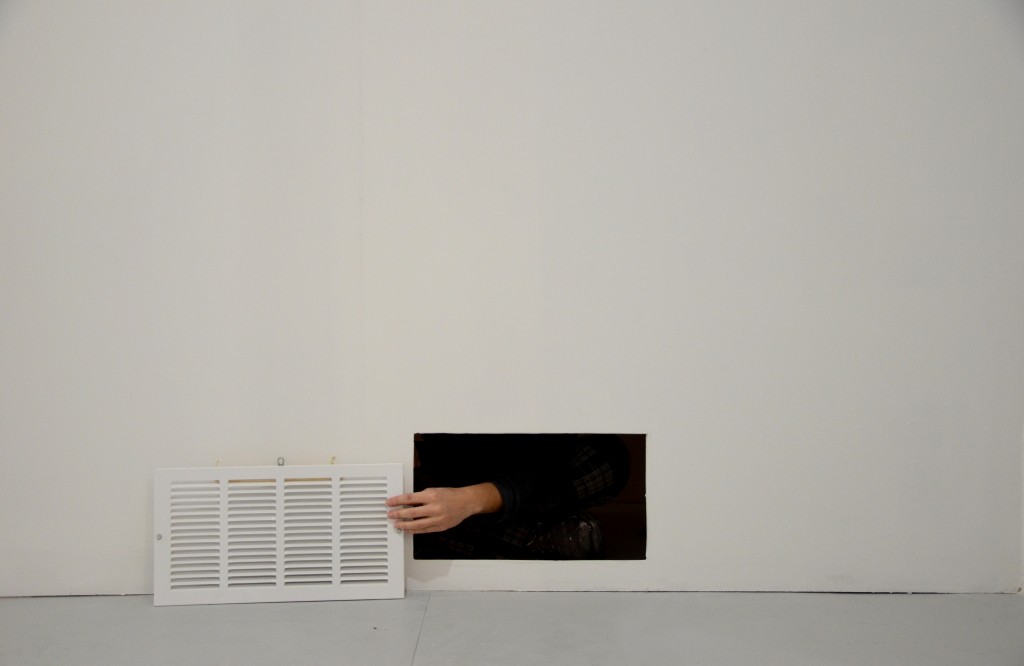 Alejandro Figueredo Diaz-Perera. “In the Absence of a Body,” 2015.
Performance./Courtesy of the artist

Early this July, internationally known Cuban artist Tania Bruguera received her passport from the Cuban government, which had confiscated it for more than six months. Bruguera’s freedom-to-travel marks a turning point in a long and tumultuous relationship with her home country. At the end of last year, she was detained in Havana for her performance “Tatlin’s Whisper #6,” an open-mic participatory event that encourages free speech, a problematic undertaking in the current political climate of Cuba. In the wake of this news and with a recent shift in official diplomatic relations between the United States and Cuba, it would appear that the future looks bright for the Cuban art community.

Alejandro Figueredo Diaz-Perera, a Cuban-born artist now residing in Chicago, is cautiously optimistic about the changes he has seen. “It’s part of the process and it’s needed…this becomes a symbol for the end of the [Cold War]…but the social and political ways of thinking are the same as they were fifty years ago.”

Diaz-Perera was born during “The Special Period,” a point of economic and political hardship following the collapse of the Soviet Union, which Cuba had relied on for economic support. Educated in Havana at the Instituto Superior de Arte and the Escuela Nacional de Bellas Artes San Alejandro, he originally focused on drawing and sculpture, though ultimately found his calling in video installation and conceptual art. “I always see myself as making experiments and taking risks,” he says. “I felt that at that point video would give me the chance to move forward.” Despite limited access to materials to produce installations, he became increasingly interested in the relationship between experience and space. “I always think about how we process our position in society as a mass and as an individual, and how those two things correlate.” 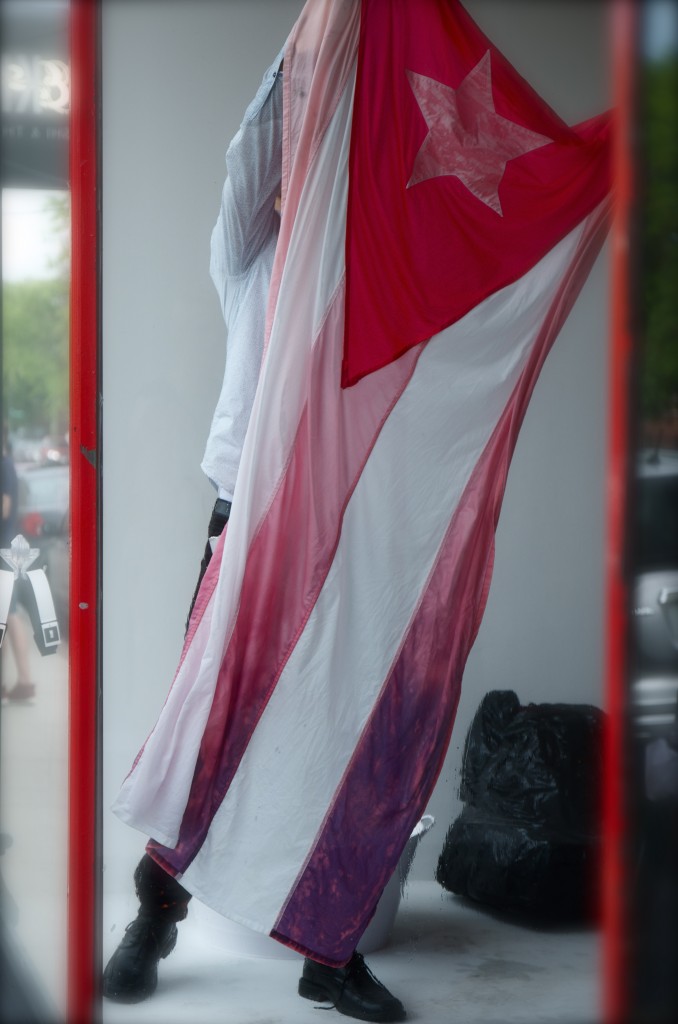 Diaz Lewis. “The Other’s Voice, 2014.
Performance. / Courtesy of the artists.

In 2011, Diaz-Perera met artist Cara Megan Lewis and became her partner in both art and life. Though separated by political boundaries and limited communication, they began to collaborate on “SMS (Simultaneous Moments of Silence)” a collection of photographs captured synchronously by each artist over the course of a year. Unable to communicate freely, photos were initiated by one-way text messages from the United States to Cuba and compiled during his first trip to the United States in 2012.

Recently, Diaz-Perera received attention from the art community when he took up residence in the crawl space behind the walls of the Chicago Artists Coalition for three weeks in a performance entitled “In the Absence of a Body.” Commenting on the performance, he said, “I think I want to do it again…it’s like meditating, it makes you concentrate in ways you may not do normally, it’s the only way to be at peace with yourself.”

With his yearlong artist residency at the Chicago Artists Coalition completed, Diaz-Perera continues to maintain a studio there while taking an advisory role for new residents.  He has upcoming exhibitions at Aspect/Ratio Gallery in Chicago and as part of the collaborative group “FACS” at SiTE:LAB in Grand Rapids, Michigan. (Noah Hanna)