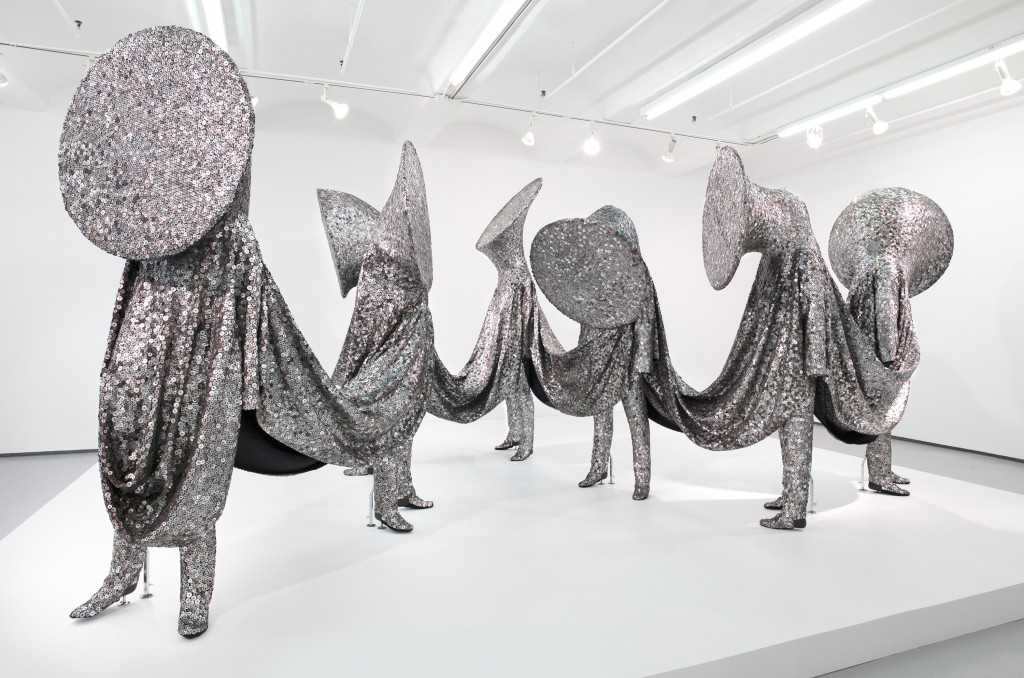 The Association for the Advancement of Creative Musicians (AACM), the Chicago-born kaleidoscope of experimental musicians, had a motto: “Ancient to Future.” That rallying call pervades the MCA’s “Freedom Principle: Experiments in Art and Music, 1965 to Now.” The show animates the dawn of the black American avant-garde, born out of the Civil Rights era and African anti-colonial movements, and its legacy in contemporary society.

An installation of instruments played by the Art Ensemble of Chicago, one of the many formations of AACM musicians, explodes into sight. A dizzying array of nontraditional instruments, including bike bells, horns, triangles, metal fish of varying sizes, testifies to the spirit of the AACM, known for its multidimensional approach that stretched the confines of jazz.

Musical charades play alongside work by visual art collectives, particularly the African Commune of Bad Relevant Artists (AfriCOBRA). Taken together, they create a colorful visual language for a burgeoning Pan-African consciousness. Prints of heroic figures from the black liberation movement in mosaic patterns jump off the walls. Wadsworth Jarrell’s print “Revolutionary” exalts Angela Davis. Dragging bright, organically shaped fonts across the page, Jeff Donaldson imitates a winding speech, beginning “I have given my life to the struggle…” 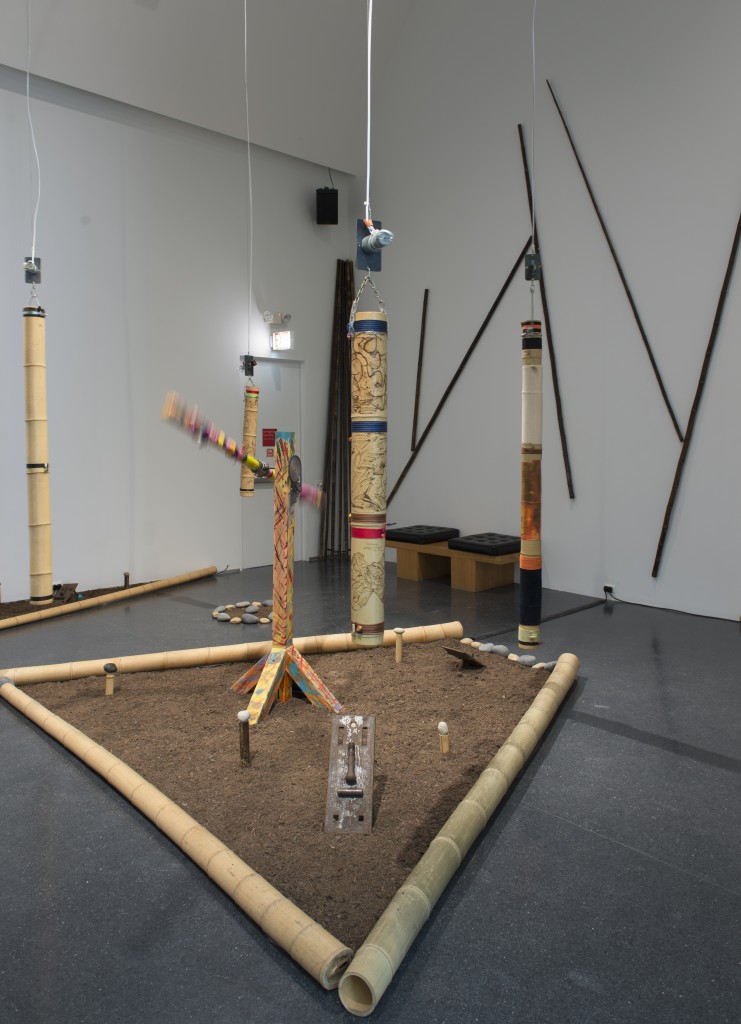 This heralding spirit echoes in the contemporary works. Soundscapes designed by experimental musicians dot the path. “Rio Negro II” features a robotic acoustic installation composed of rain sticks, chimes, soil, motors and sound files played over speakers. The juxtaposition of indigenous instruments with digital components exemplifies the AACM’s spirit of fusing the past and present.

The show begins and ends near a felted stage and a cluster of cubic stools made by John Preus. Crafted from salvaged furniture from recently closed public schools, mainly from Chicago’s South Side, where the story of the AACM and AfriCOBRA begins. Many of these artists got their training in public schools. Educating future musicians and artists became a critical part of their efforts.

In close sight, Glenn Ligon’s “Give us a Poem” lights up “Me, We,” recalling Muhammad Ali’s sentiment that one’s personal destiny is inextricably linked to the broader community. (Whitney Richardson)

Through November 22 at the Museum of Contemporary Art, 220 East Chicago.