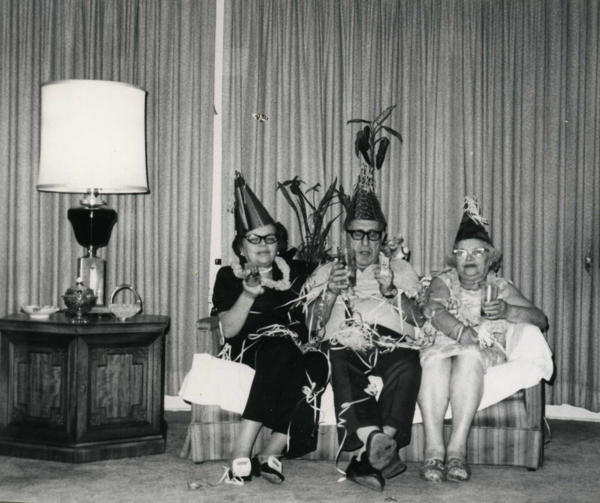 An anonymous photograph from the Slattery collection

Comfort Station, the Logan Square multidisciplinary art space, will present an unprecedented twenty-three-day “Vernacular Photography Festival,” a rotating show celebrating the art of everyday and commonplace images throughout the month of August. The festival is curated by Ron Slattery, known as one of the three original collectors of the work of the late Vivian Maier. Maier was a noted street photographer who took more than 150,000 photographs of everyday people and architecture in Chicago and New York. Her work was not widely recognized until after her death in 2009, when Slattery and two other collectors began to circulate images from portions of her archive that they had purchased at auction.

Over the course of the festival, a diverse range of events and exhibits will animate the theme, including talks by vernacular photography scholars, a Scopitone show, a never-before-seen 3D slide show, a community “home movie night,” and more. The rotating exhibit will feature pieces from the personal collections of Slattery, Nakki Goranin, John Foster, Albert Tanquero, and Nick Osborn.

The concept for the Vernacular Photography Festival materialized from a conversation between Raul Benitez, film programmer for Comfort Station, and Slattery last December when Comfort Station hosted an event of found films from Slattery’s personal collection. Slattery came up with the idea of having a vernacular show at the gallery and the Festival quickly gathered momentum.

Slattery and the Comfort Station team are excited by the synergy the festival has with their mission of showcasing multidisciplinary art in a welcoming and open environment.

“All events at Comfort Station are free,” adds Raul Benitez. “Not only do we have a monthly art show, we also have weekly screenings on Wednesday nights and a weekly music series on Thursdays. On Sundays we have a lecture series along with other one-off events throughout the year.”

Slattery is hopeful the first annual festival will be the first of many. Says Slattery, “Vernacular photography strikes a chord in the heart of people. It shows the common threads we share through film and moments. It is a medium that must be seen to be appreciated.” (Mahjabeen Syed)