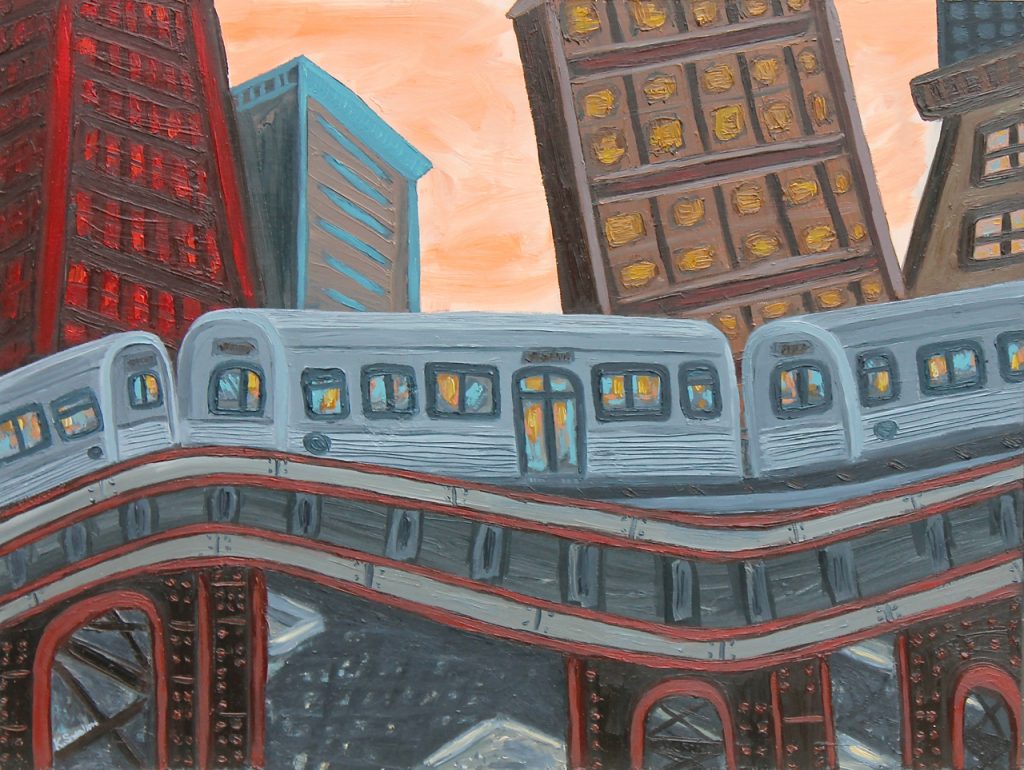 Kevin Swallow likes the rooftop water tanks of Chicago, but he likes them less as an urban historian and more as a child who identifies with their willful isolation. With its bursting-proud tank high up on its tall, spindly legs, isn’t an old fashioned tank just like a wobbly two-year old, setting out to explore the world?

He assaults the picture plane with irrational, jagged diagonals. Swallow’s images are just as flat as Byzantine icons, and just like them, they glow with an inner, revelatory light. Sunlight, shadow, atmosphere, perspective—none of these art historical tools have been applied here. The architecture resembles the well-worn, early twentieth century American buildings as they are best celebrated in art museums by Edward Hopper. But these urban landscapes look inward, and even if the streets are deserted, they don’t express loneliness or alienation. They have no people to complicate the relationship. What’s outside is inside, and can’t we all feel “um-um-good” about that? 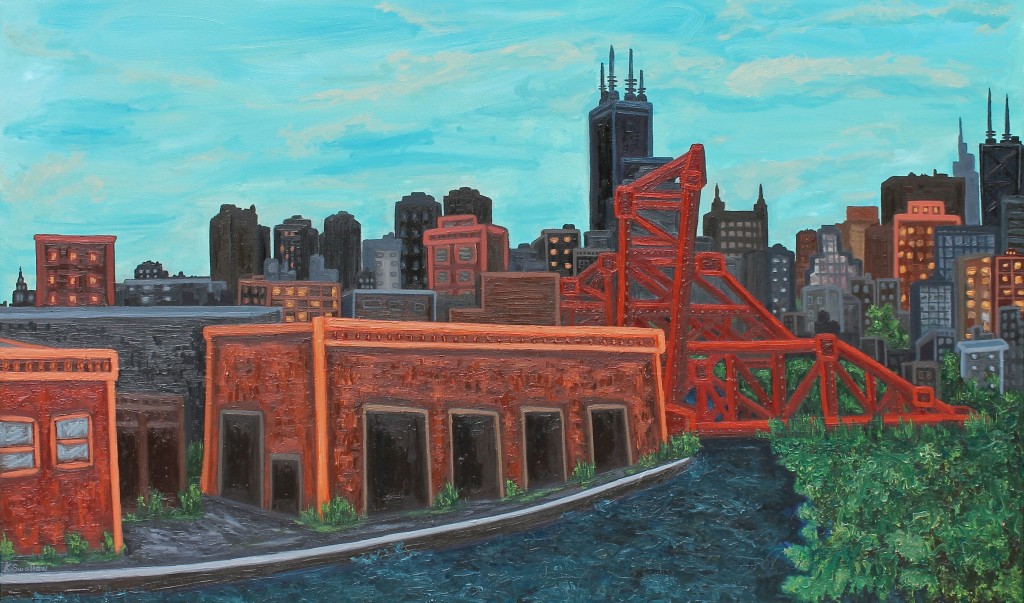 This is the vision of a well-loved child happily projecting himself onto things who is not yet adult enough to know that the world doesn’t give a damn. It’s an attitude often presented by illustrated books for children, but Swallow’s paintings also have a powerful aesthetic presence. Each piece has been well crafted to grab and hold one’s attention in degrees varying between the pensive and the celebratory. Printed or digital reproductions of these paintings fall way short of their actual effects, which are something like jazz solos. Riffing on familiar tunes, they create excitement with the surprise of being alive minute-to-minute. Swallow paints a happy little El train rollicking down the tracks while Chicago’s high-rise skyline dances along behind it. He paints electrical cables twisted and crackling with energy. He paints with a defiant force the thick red or blue lines of ladders, fire escapes, and gutters. Other Chicago city-scapists may pursue similar effects, but Swallow’s work feels especially animated and playfully colored. He is presenting a small world, but a very happy one. (Chris Miller)

[…] There has also been some exciting and unexpected press coverage for the show; with a profile in the Chicago Sun-Times, WGN Radio – Outside the Loop, DNAInfo, Chicago Magazine mention, and today – capped off with a review in the Art section of New City. […]