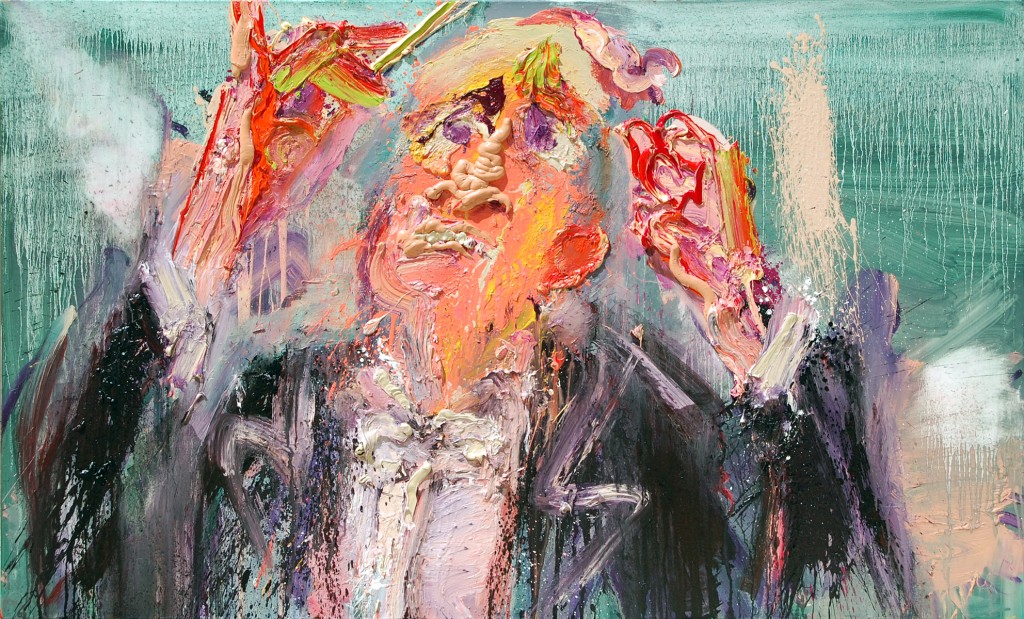 The dissolution of the Soviet Union was mostly a disaster for its state-funded visual artists, who were thoroughly trained to celebrate a social and aesthetic order whose appeal did not outlive its demise. Fortunately, many of them have landed in the Chicago area, where their skills in heroic, naturalistic narrative were banished from American art for so long that they can now appear fresh.

Dimitri Pavlotsky, born in Moscow and trained at the city’s Institute of Architecture, has all of those skills, as well as an exceptional talent, reflecting the fact that prospective art academy students in the Soviet Union were rigorously screened. In drawing, he always works the entire page, which make his lines as breathtaking as they are impetuous. In painting, he works the entire canvas as he builds up thick impastos of partially mixed globs of paint. He knows his way around a natural form, so his figures never appear like the cut-and-paste pictographs of the Chicago Imagists. No matter how distorted, they always come alive in space.

He declares that he is striving to undo his classical training, but just as it was with the academically trained early Modernists, it has been burned into his imagination. His intense, loose imagery often recalls Soutine and Ensor, and his work is at the same high level. But what is he going to paint? What story is he going to tell? His cultural identity is no longer Soviet, but it’s not yet American, and Modernism is now ancient history. His self-portraits show him wide-eyed and stunned. His paintings suck the air out of the room with extreme intensity, desperately struggling against a painful world collapsing around them. His ghost-like portraits of historic Russian aristocrats are puzzling, but he does a convincing job with powerful and dangerous animals. He also makes memorable portraits of musicians, apparently performing the aestheticized chaos of early modern composers. As with such music, when beauty erupts from his paintings, it’s always an anomaly. Although he depicts an angry world, his point-of-view feels passive and distant. (Chris Miller)