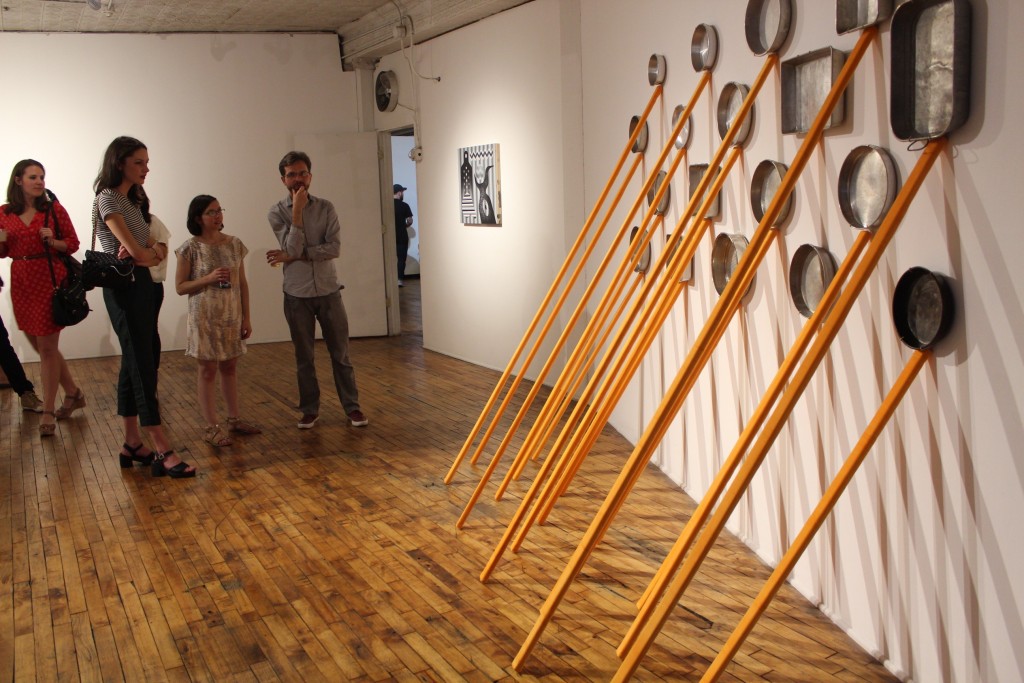 An oracle, similar to a Magic 8 Ball, ascertains and communicates the unknown and introduces an abrupt epiphany, offering a glimpse of the future and providing calm in the face of uncertainty. This group exhibition focuses on supernatural phenomena such as mediums, possession and artificial divination through painting, sculpture and performance.

During the opening, Claire Arctander performed “Magic Act,” in which she challenged the traditional role of the turn-of-the-century male magician. By choosing volunteers in the crowd, Arctander encouraged individuals to “participate in togetherness” and then, calmly but forcibly, tied their shoelaces together as they stood in a congested circle. Arctander’s performance challenged the comfort of intimacy for the handful of participants that were selected and created a meaningful disconnect from the surrounding audience.

In the main gallery, AP Shrewsbury’s luminous works referenced hieroglyphic script and shamanism with intricate patterns made with aerosol acrylic, tape and panel. Each piece was respectively titled, “Glyph” and followed by a numerical reference, which summoned the connotation of characters and symbols. Shrewsbury’s pieces appeared at once archaic and futuristic as symbols for contemporary times that offer respect for the past. Shrewsbury created horizontal lines which filled in meditative inscriptions that appeared ancient and unexplained. 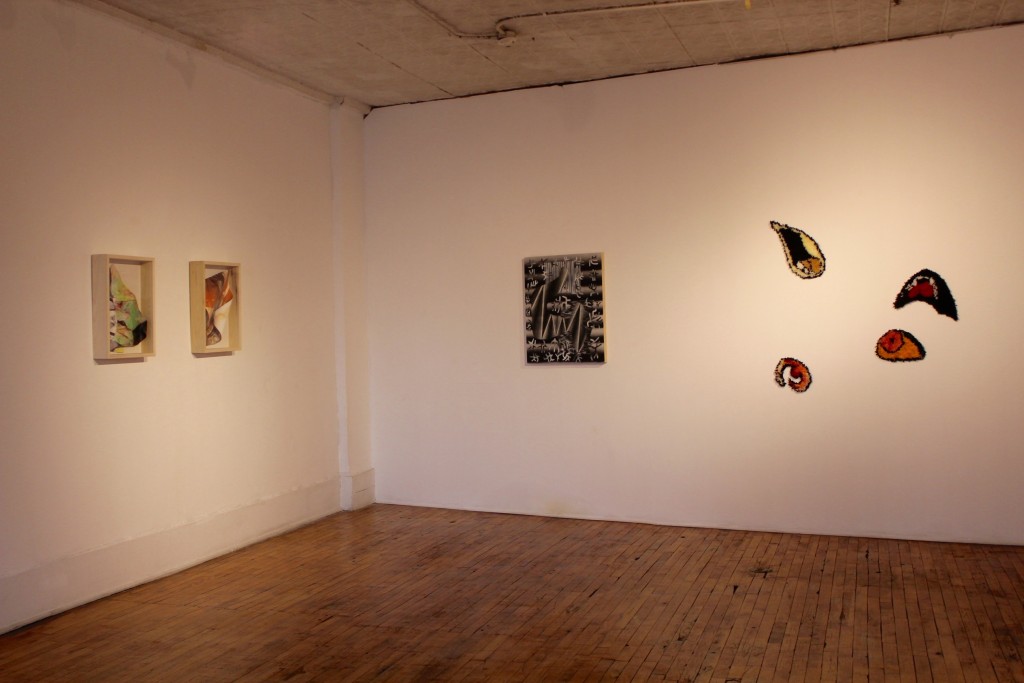 Annie Kielman’s work addressed distortion and moments frozen in time. Her inkjet prints hung freely from the gallery walls, as steel and magnets interjected and protruded from the soft and delicate medium. In the main gallery, Kielman allowed the viewer to investigate the work and examine their tense positions, while in the front gallery, the pieces “Interruptions (One)” and “Interruptions (Two)” were protected by a traditional frame and glass.

“Pan, Dot and Sofa” by Ann Gaziano produced tension and movement. The artist created an uneasy environment by appearing to balance baking pans on wood wrapped in orange fabric. In the spirit of the entire exhibition, Gaziano’s piece invited one to enter a space of familiarity and domesticity and then abruptly rejected the notion of normalcy with a laugh, a snort and a “Ta Da” to end the night. (S. Nicole Lane)