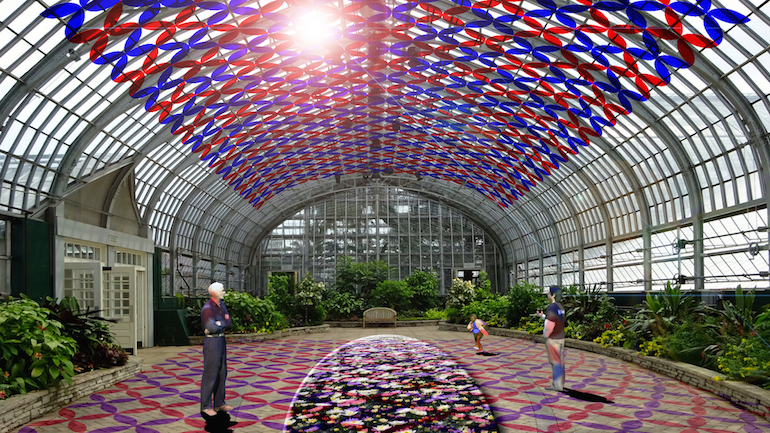 Created by Luftwerk, an art practice co-founded by Petra Bachmaier and Sean Gallero, the installations respond to the philosophies of Jens Jensen, the landscape architect who designed the conservatory, who believed in the importance of public access to nature in the city. Each of the five installations—“The Beacon,” “Portal,” “Florescence,” “Seed of Light,” and “Prismatic”—emphasize and supplement the conservatory’s natural spaces. With the installations, Luftwerk aims “to instill in visitors an increased sense of wonder, while they roam the gardens and vegetation rooms. [We hope to] inspire visitors to take a closer look at how nature, art, and technology can interact.”

Appropriately, “solarise” will use solar panels to power the installations, which will rely on an amalgamation of technologies, with computers having a pivotal role. For example, “The Beacon,” a permanent LED light façade on the exterior of the Palm House, will be controlled by a computerized lighting control unit. The system will receive wind-speed measurements and create responses on the illuminated canopy. “Prismatic,” a suspended prism, refracts sunlight during the day, but by evening, this sculpture uses “intelligent LED lighting,” as Bachmaier and Gallero put it, controlled by Philips Color Kinetics software. 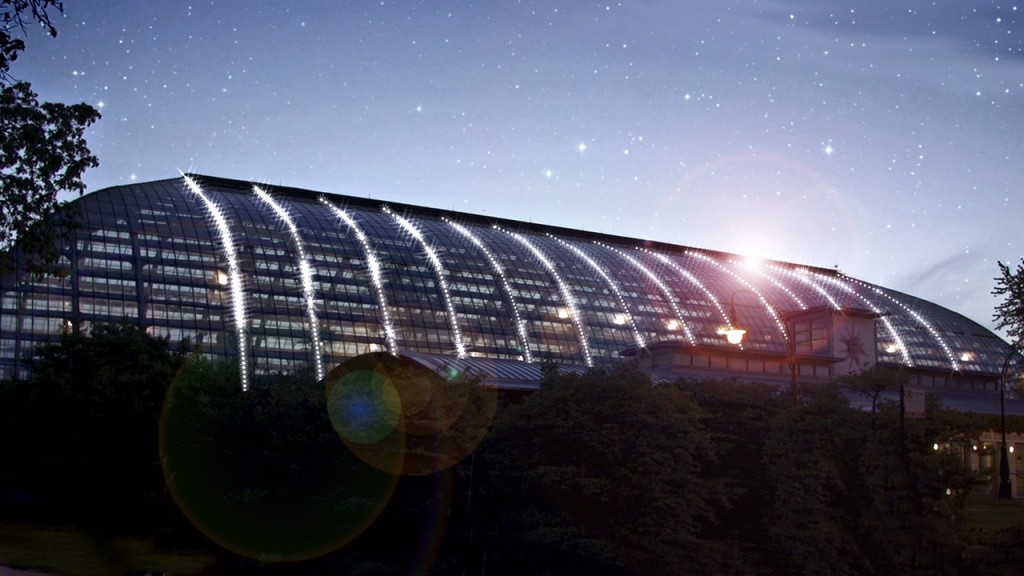 The exhibition has a distinct educational thrust that is supported by the Garfield Park Conservatory Alliance, a non-profit partner of the Park District, which will offer exhibition programs emphasizing the convergence of art and science through STEAM (science, technology, engineering, arts and math) learning. Luftwerk also plans to collaborate with an application developer to make a mobile app for visitors to use while in the Conservatory, allowing greater participation. “solarise” is funded by a grant from Exelon Corporation and ComEd.

Bachmaier and Gallero anticipate new and diverse audiences, along with loyal patrons to attend the Conservatory to experience the exhibition. They acknowledge that “solarise” may draw student awareness to professional paths in science and energy industries. But above all, Bachmaier and Gallero hope to spark “curiosity about materials and the way they interact in the world.” (Amy Haddad)

“solarise: a sea of all colors” opens at Garfield Park Conservatory on September 23 and shows through September 22, 2016.