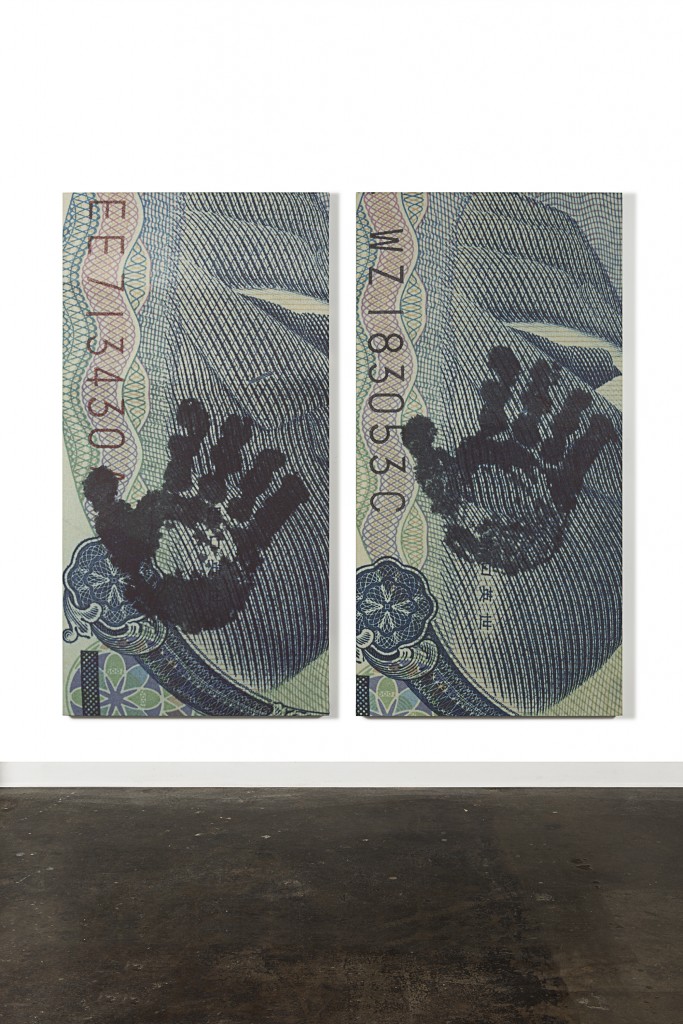 “Out of Office” culls five works from the MCA collection to inquire about labor and financial transactions. The show’s title cannily suggests that the office has expanded. We’re always at the office, even while on lunch break.

The focus here is on objects—the things we use—and these artworks are forthright about their own use value. By imagining everyday materials out of their normal paths of circulation (though by no means making economic interventions), the works in “Out of Office” display their own interruption as they pass from studio to collector to museum. These systems are as unlikely to stop moving and working, just as we are not. 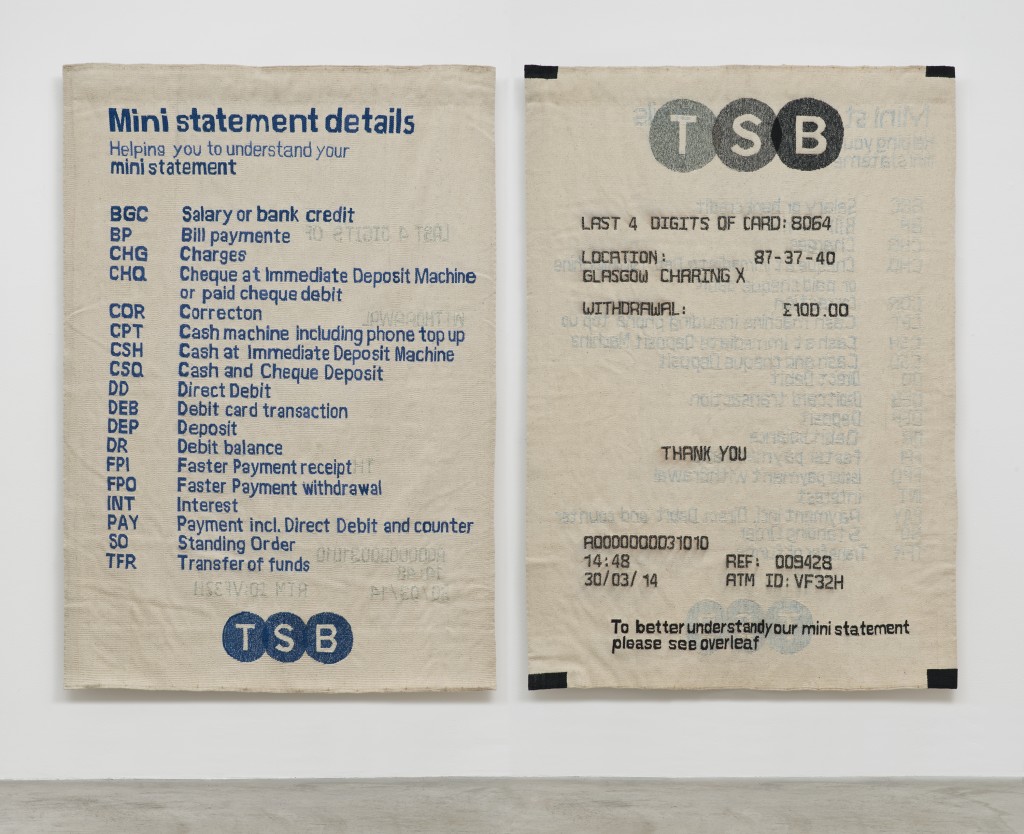 Office supplies are the consistent subject, but approaches vary. In a Wade Guyton print, the processes of art making reflect the life of the artist as it imbricates with machines. Guyton is quoted in the wall text saying “I can be trying to find a new apartment online and be printing a painting simultaneously.” This methodology contrasts with two tall, sleek prints of banknotes by Hugh Scott-Douglas, which focus on the interlay of marking and itemizing objects with value: while official serial numbers are brought to the fore, so too are markings made by third parties to classify the bills—supposedly negating their value entirely but, in reality, recording the unimpeded flow of more transactions. It seems hard to make money stop working. “Out of Office” privileges the everyday—should we take notice of our receipt designs, or just gawk at how many we accumulate?

Heightening throwaway and forgotten objects, “Out of Office” suggests we cannot get the office out of ourselves. While not quite a critique of labor conditions, the show allegorizes how our lives are recorded, printed, counted, and marked by transactions. However, the rules of finance cannot be contained in one room. Through its focus on cohering clement aesthetics and subjects rather than processes, “Out of Office” merely points to phenomena. Interviewing Sianne Ngai, Adam Jasper notes the “mute and indicative nature of pointing.” The show conveys exactly this sort of inexplicit though attractive gesture. (Paul Smith)

Through September 6 at the Museum of Contemporary Art, 220 East Chicago.