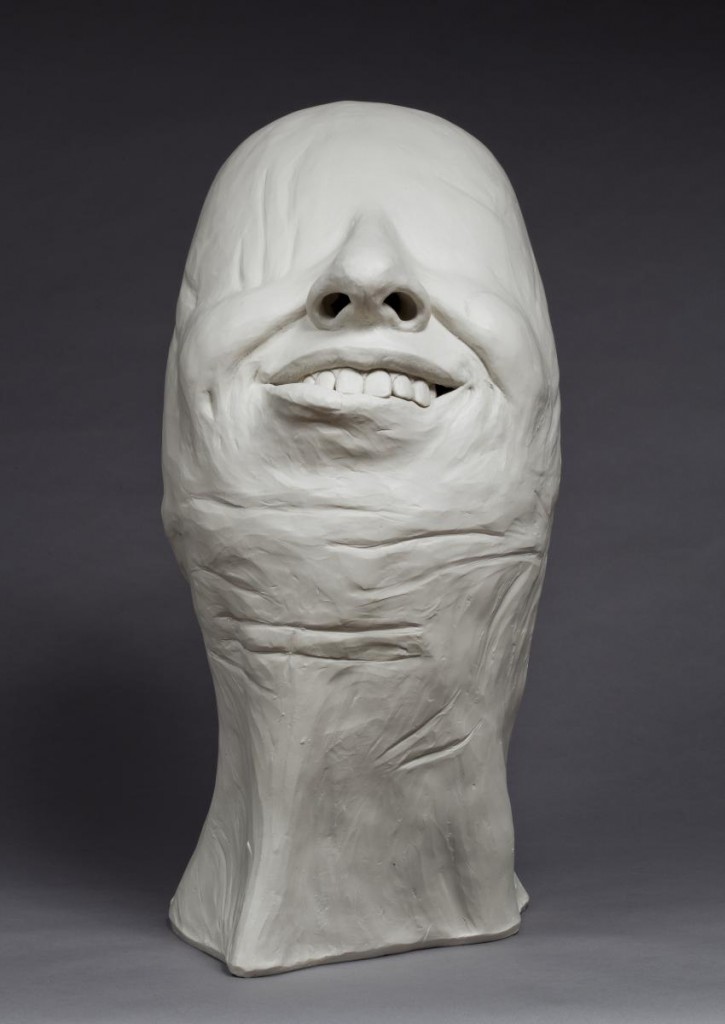 This modest exhibition of new, site-specific work by Mexican artist Rodrigo Lara Zendejas brings to light a shameful and little known piece of United States history. From 1929 to 1939, the federal government authorized the repatriation of nearly one million people of Mexican descent because these so-called freeloading, disease-ridden, illiterate people were taking away “American jobs for real Americans,” as President Hoover’s campaign slogan stated. Mexicans, who comprised the largest immigrant population at the time, were understood to be a particularly potent threat during the inordinate economic hardship of the Great Depression. Zendejas’ counter-memorials evoke this time. His sculpted traces of human likeness on thumb-shaped objects and a sculptural interpretation of an identification card help us face this dark past and understand its legacy in the present.

In their book “Decade of Betrayal,” a comprehensive account of Mexican repatriation, authors Francisco Balderrama and Raymond Rodríguez estimate that nearly sixty percent of the people forcibly deported through raids, illegal detentions and intimidation tactics were American citizens. Repatriation is, therefore, a misnomer, but the term prompts questions about how citizenship is defined.

Zendejas’ figures—made from porcelain, arcilla de Zacatecas (a high-fire clay from the state that played a critical role in the Mexican Revolution), paper pulp and epoxy glue—never show complete faces, reading as haunting approximations of full human beings. A mouth with slightly parted lips reveals compacted teeth; a heavily lidded eye gazing into the distance with wide eyes and a fully formed nose emotes fear and anticipation. Across from these figures, an oversized wood panel identification card hangs on the wall. Zendejas placed his own hair and saliva directly in the work, provoking further questions about an individual’s claim to concepts such as “nation,” “citizen,” “belonging” and “race.”

“Deportable Aliens” is a somber reminder that what is old is new again. While some people would like to believe that racism and xenophobia are things of the past, this exhibition recalls a part of the origin story that has been concealed to illuminate a legacy that still lingers to this day. (Lee Ann Norman)

Through February 28 at the National Museum of Mexican Art, 1852 West 19th.