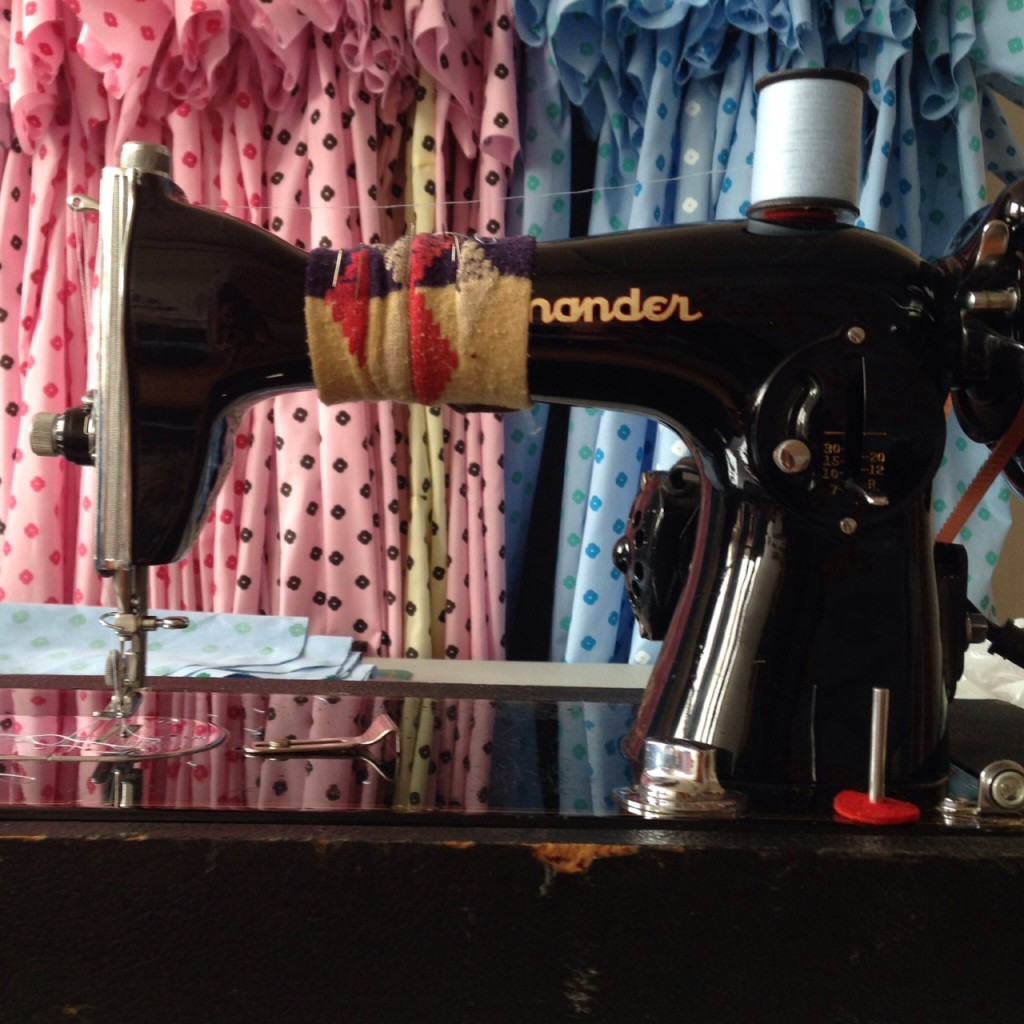 The sewing machine that Hartney used to sew the gowns was originally owned by Hartney’s grandmother. 2015.

In response to the increasing maternal mortality rate and instances of postpartum PTSD and obstetric abuse in the United States, artist Michelle Hartney has organized a performance entitled “Mother’s Right” to take place on September 7 in Daley Plaza. The performance is a part of a national day of rallies taking place on Labor Day across the nation, organized by the Improving Birth movement to call attention to problems and solutions in maternal health care.

Hartney has sewn 1,200 “hospital gowns,” one for every mother who died in childbirth in America in 2013. Made of fabric that has been silk-screened by artists Erin Chlaghmo, Andrew Reyes, Orr Gidon and Printed Chicago, the design is composed of tiny drawings of plants used to create drugs that have been used on laboring women for the past 150 years.

During the performance, pairs of women will fold the silkscreened gowns into triangles, in the manner that the American flag is officially folded. According to the American Legion, the traditional flag-folding ceremony includes twelve symbolic folds, with the ninth fold symbolizing womanhood. The gowns have been cut to a length that only allows nine folds. The artist is seeking thirty-five women to take place in the performance through an open call on her website. 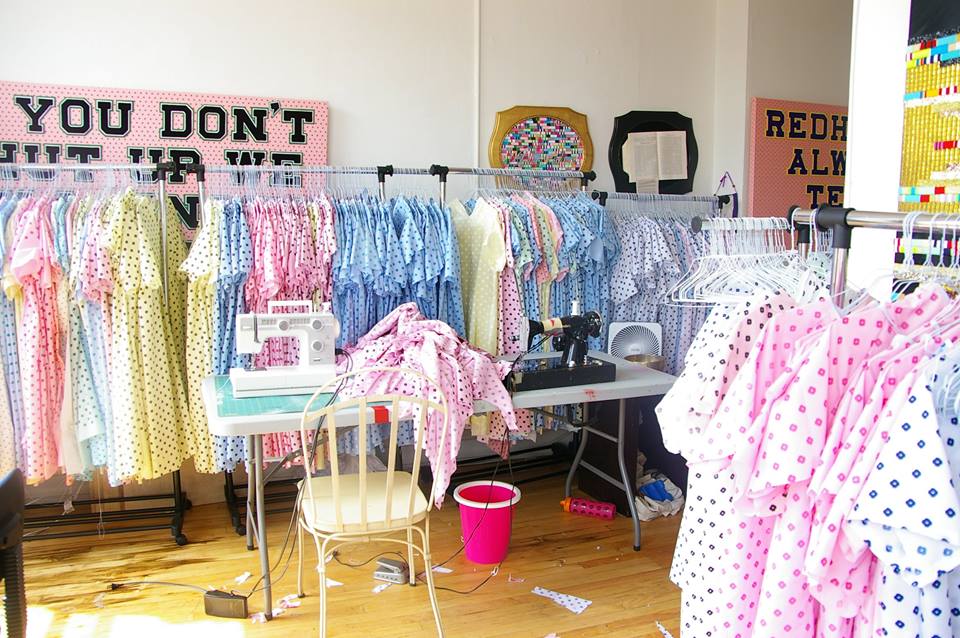 Hartney’s studio during the making of the hospital gowns, 2015.

Hartney began advocating for woman-centered care after an upsetting experience giving birth. She said in an interview with Newcity, “I knew I wanted to make art about obstetrics in America while I was pregnant with my second child. A few months after the birth, I read an article by Cristen Pascucci on Improving Birth’s website called ‘A Healthy Baby Isn’t All that Matters.’ It really resonated with me. I got up and wrote ‘Lie On Your Back’ on a canvas. That phrase, repeated to me by my doctor and nurse while I was giving birth, was stuck in my head, making me angry every time I thought about it. It is such a loaded phrase when you think about the history of oppression of women. I knew I wanted to make a series about words and phrases told to laboring women by doctors and nurses that were negative and harmful. I sewed these phrases onto canvas stretched with fabric I designed to look like hospital gown fabric. That series led into Mother’s Right.”

According to Hartney, “this project is about coming together as a country to save and protect these women and our futures. Women are coming out of childbirth with the same psychological symptoms as soldiers who are fighting wars….Few people know that it is estimated that one in three women suffers from some elements of PTSD after giving birth, and PTSD is diagnosed in three-to-seven percent of laboring women. It is my mission to change that, to bring awareness to this issue.” (Whitney Richardson)