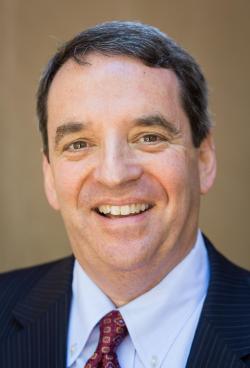 Anthony Hirschel, who has served as the director of the Smart Museum of Art at the University of Chicago for a decade, has announced that he will be stepping down from his position effective October 9. Bill Michel, Executive Director of the Reva and David Logan Center for the Arts and University Arts Advisor, has been appointed interim director.

The news comes at a time of heightened activity in the Chicago visual art community, as museums and galleries gear up for a busy fall season of new exhibitions and openings clustered around EXPO Chicago, the three-day, international fair of contemporary and modern art. At the Smart, the recent departure of curator Stephanie Smith last summer, who left the museum to take the role of Chief Curator at the Art Gallery of Ontario, leaves the institution with significant gaps in its curatorial leadership. University of Chicago Provost Eric Isaacs has announced that he will establish a committee to conduct a national search for Hirschel’s successor.

“It has been an honor to lead the Museum,” wrote Hirschel in a letter concerning his departure to Museum staff, board and supporters. “I have spent more than ten years at the Smart, and nearly 25 as the director of an art museum. It seems the right moment to take a break, recharge my batteries, and discover what comes next.”

Hirschel was appointed the Dana Feitler Director of the University of Chicago’s David & Alfred Smart Museum of Art by Richard Saller, who was Provost of the university at that time. He had previously served as the director and CEO of the Indianapolis Museum of Art, and before that, as the director of the Michael C. Carlos Museum at Emory University. (Elliot J. Reichert)