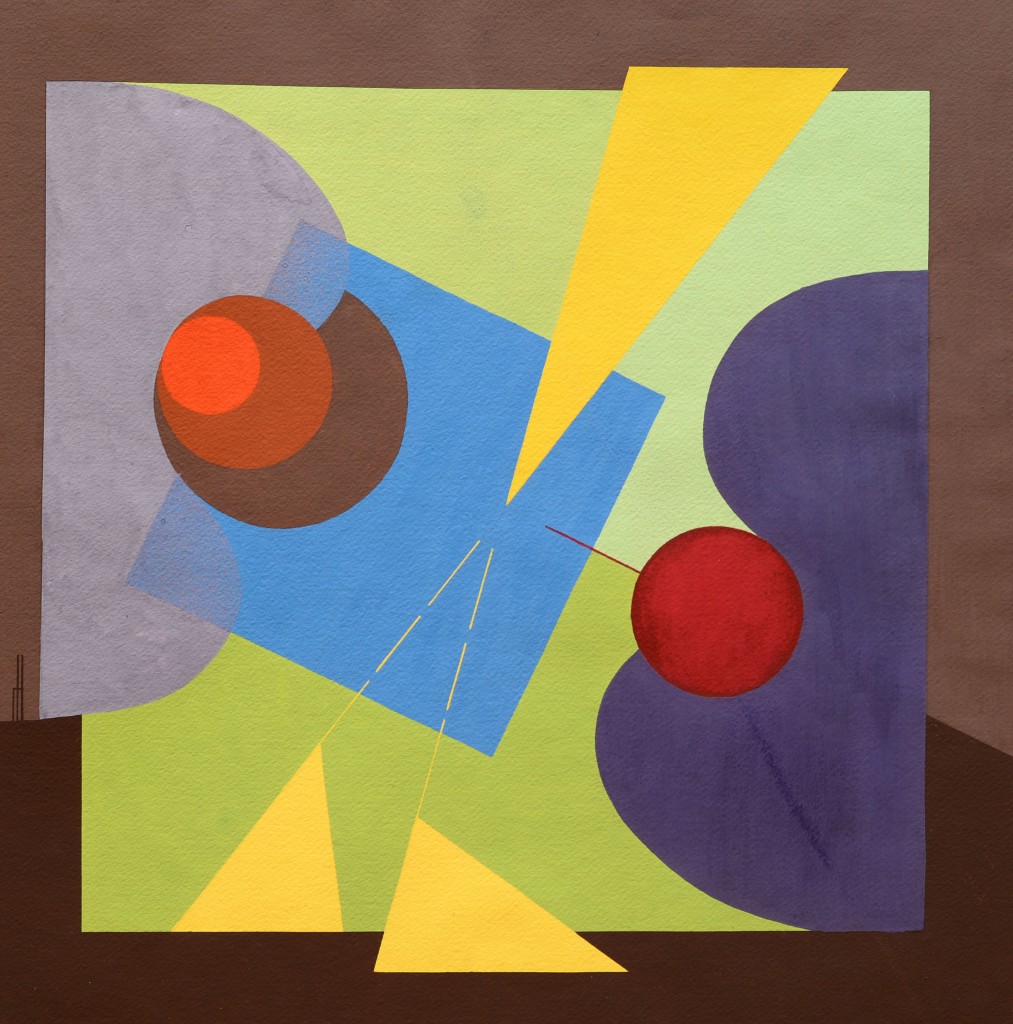 Social Realism wasn’t the only artistic practice pushed to the curb by the onslaught of Abstract Expressionism in postwar America. The earlier styles of non-objective painting also became less fashionable, focusing more on making a modern world rather than on how dismayed or thrilled they felt to live in it. Marguerite Hohenberg (1883-1972) and Medard Klein (1905-2002) were two Chicago abstract artists who enjoyed national recognition in their heydays but vanished from view soon thereafter. In this show of works on paper, it’s Hohenberg’s transcendent colorism that captures the attention. The wife of an aristocratic Austrian stock broker, she was a late bloomer in the arts. She became an interior designer at age fifty-one, first showed her paintings at age fifty-four, and opened her own art gallery on Oak Street at age sixty-seven. Her level of craftsmanship is high, and the intensity, buoyancy and variety of her work suggests that she was enthusiastically making up for lost time. She left Austria at age six, but recreated the elegant, sensual, dynamic world of the Viennese Secession fifty years later in Chicago. It’s as if she had discovered an exciting new world, and was sharing her sense of wonder.

The work of Medard Klein, who once exhibited at Hohenberg’s gallery, is more theatrical. Formal elements are popping, splashing, and spinning about on the graphic stage. They feel like animated cartoons with figures like anthropomorphic maps of complex mathematical equations. Had he been born seventy years later, he would have used the latest imaging software. His pieces are bouncy, but they are also cold, clinical and claustrophobic. His precise, curving lines recall Islamic calligraphy, but without the awe of cosmic revelation. His stage feels small and enclosed with nothing escaping the center.

Compared with the confrontational bluster, angst and irony of American art in the decades that followed, each of these artists feels a bit precious. In the nineteenth century, Chicago art was cultivated as a refined escape from the hustle and bustle. Klein and Hohenberg continued that tradition, but it would soon come to an end. (Chris Miller)