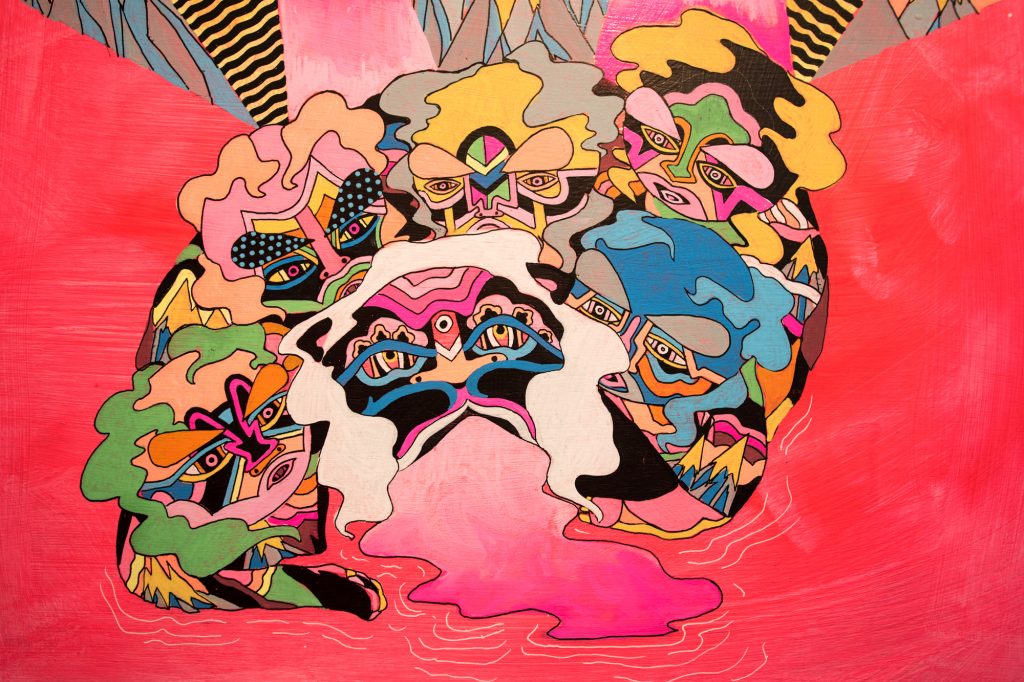 With a joyous palette reminiscent of traditional Peruvian Quechua clothing and graphic motifs inspired by Tibetan tapestries and retro book covers, the work dazzles enough that it does not necessitate context or explanation to be enjoyed. Highly decorative, the paintings undulate with vibrant geometric patterns that incorporate grids, stripes and spots. Stylized, wavy forms intersect with hard lines and crisp beams of color in a deeply satisfying dance of wiggly wisps and whimsical figures. 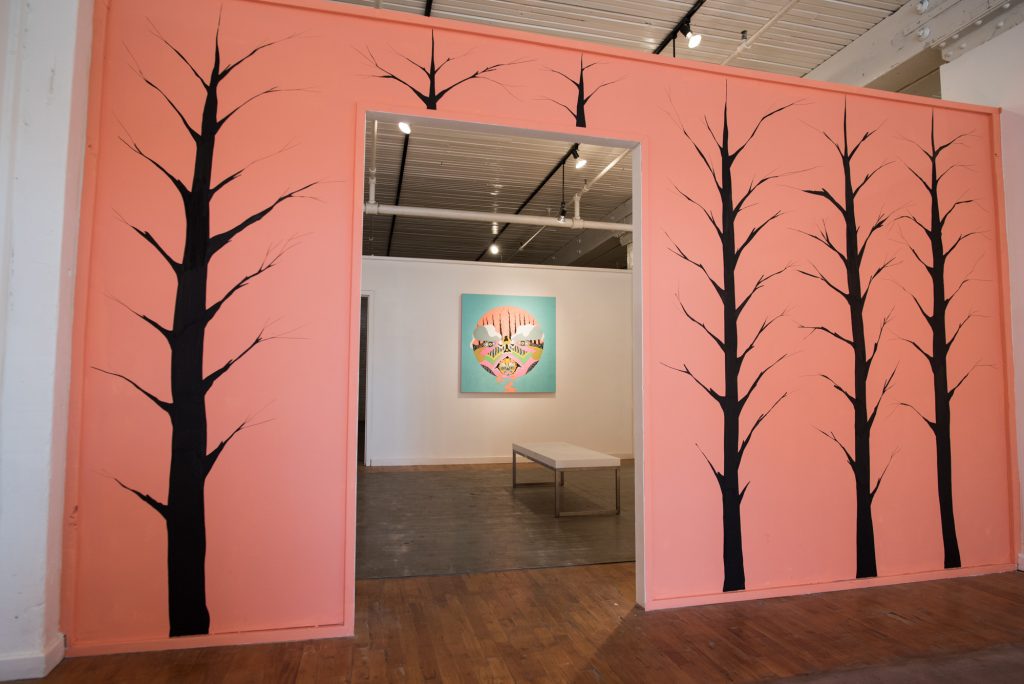 The traditional, folk and pop-art aesthetic blends nicely with the infinitely large concepts behind the work. The rich narrative is largely inspired by the popular television series “Cosmos,” created by astronomer and author Carl Sagan, as well as Tibetan mythology. The show circles around sixteen “watchers”—planets that are portrayed as mask-like portraits on square panels and hung on the wall in a grid. In relation to the rest of the cosmos, the environment and organisms on planets move so quickly that the planets themselves seem like sentient beings, according to Correa. The watchers witness life unfolding in all parts of the universe. Several paintings include cats, too, which represent the challenges that anthropomorphic beings place on the planets.

The show, titled “Story of the Sacred Watchers,” represents a stone-solid yet relatively minuscule portion of the artist’s impressively prolific oeuvre, which has evolved substantially over the past couple of years. The previous work, looser both in technique and concept, now reads almost as a preliminary study for this more polished body of work. Correa has found a unique voice which reflects our multicultural, fast-paced, reference-rich society with a reverential, albeit playful nod to the ancient practices and beliefs that got us here. His work shares the space with an equally strong and completely different exhibit by Gregory Bae, so a visit to both is most certainly warranted. (Kelly Reaves)