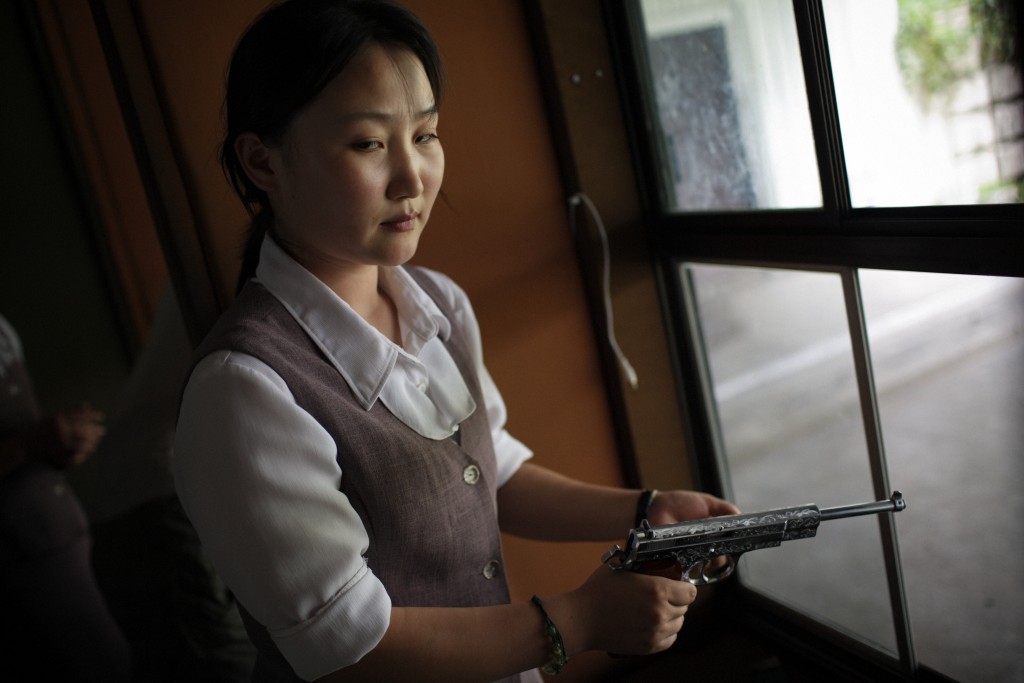 There is no state-appointed official to guide you on your tour of “North Korean Perspectives.” The inner workings of the Hermit Kingdom, a charming term applied to any country that purposely shuts itself from the rest of the world, have been captured on film for your review. Beware, all is not as it seems.

Upon entering, a series of photographs by Joâo Rocha shows the recently deceased president, Kim Jong-il, “Looking at Things.” You see him looking at a radish, looking at female soldiers, looking at tights. The apples of Kim Jong-il’s eyes, or the computer in front of him, allude to the self-contained national economy prided by the Kim dynasty. The absurdity of this display mirrors the nature of the state affairs there. 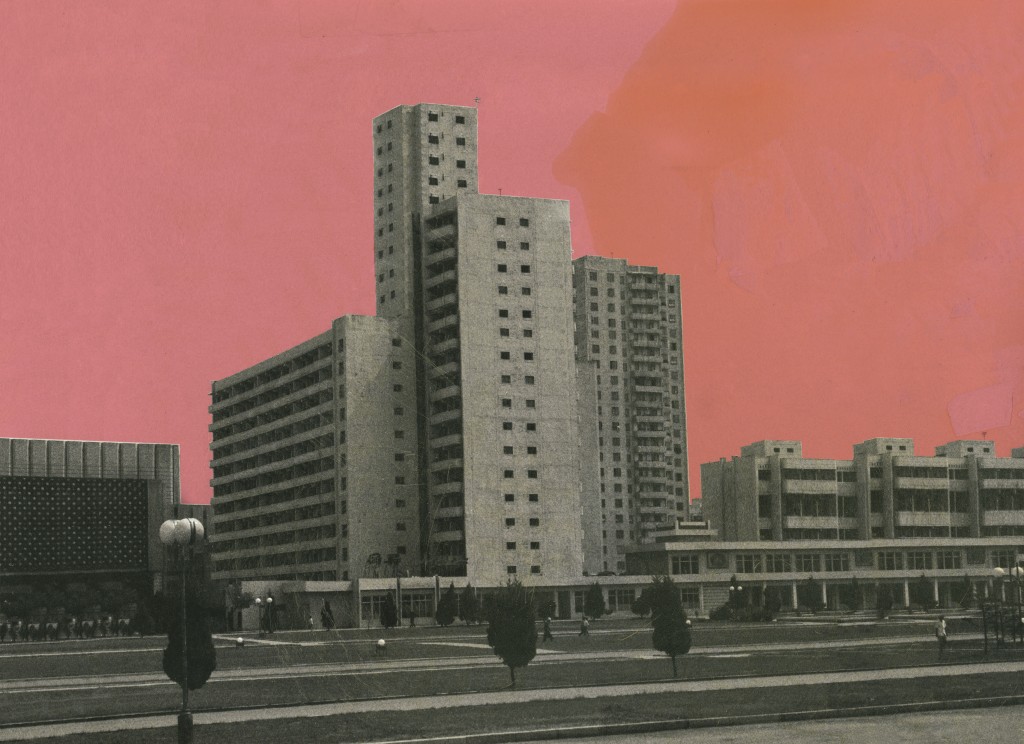 Turn around to see Philippe Chancel’s photographs of the Arirang Festival. The perfection in dynamic choreography on a mass scale—color, movement, gesture—defies comprehension. Beyond the multilayered herd of gymnasts, sprawling outward in intricate patterns like a rose, sit a mosaic of thousands of children holding colored cards. The staging of these images suggests the presence of a Wizard of Oz working fervently behind the scenes to engineer total social control. 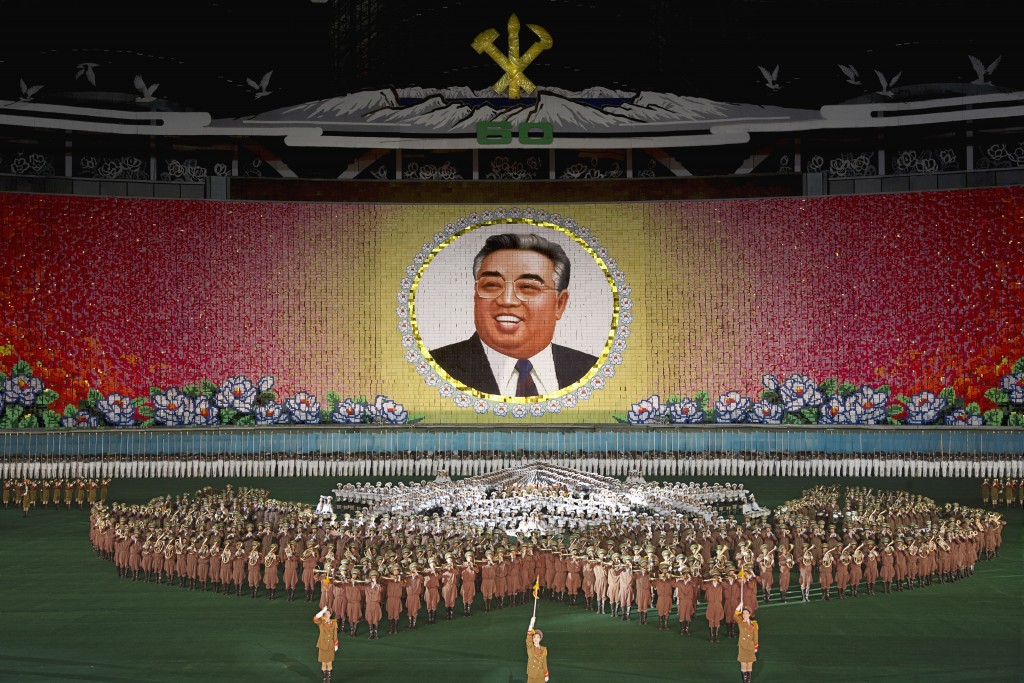 Along the ground floor, a human mosaic of a rising sun, indicating eternal rule over the kingdom, shows how the state presents an impressive illusion of grandeur to outsiders. A sense of theater, rather than of reality, spills across the first half of the exhibition. To penetrate the surface, continue upstairs to view images captured by photographers who achieved rare access to restricted areas—“restricted” because these areas are not just unpopular, they are usually forbidden.

Meet Koreans going about their daily lives. A woman stands at firing practice. A young boy runs a marathon. Then comes the barren farmland and the dilapidated infrastructure. A series of images by Alice Wielinga called, “A Life between Propaganda and Reality” culminates on the top floor of the museum. The show allows the opportunity to interact with the photographic material in a variety of forms, sowing a rich playing field for a politically charged subject. (Whitney Richardson)

Through October 4 at the Museum of Contemporary Photography, 600 South Michigan.