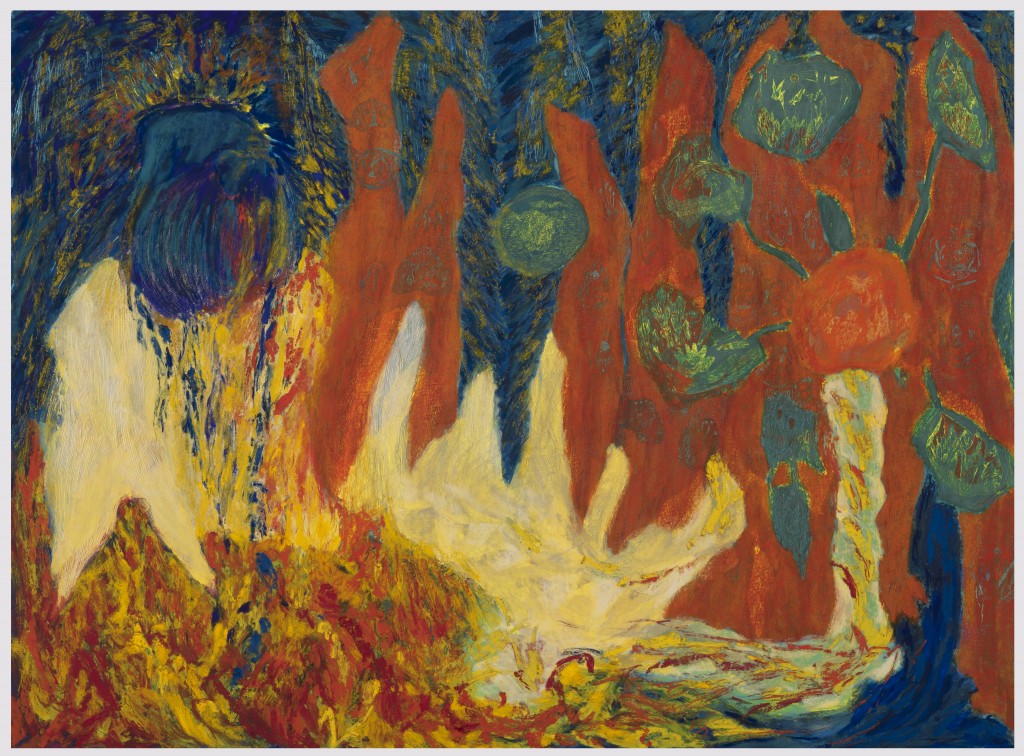 The works in Los Angeles artist Mimi Lauter’s “A Carnival of ‘Musical Echo'” are a rare combination of frenzied, physical immediacy tempered by meticulous formal complexity, and feature an elusive narrative with roots in modernist literature and biblical allegory. These gorgeous, large-scale pastel drawings seduce with a seemingly endless supply of visual delight and symbolic intrigue.

Explosively colored with searing reds and soothing blue-greens, these vertiginous landscapes are dreamlike, overflowing with sgraffitoed vegetal forms and cryptic signs. Works such as the Gorky-esque “Prelude,” mysteriously inscribed with an “88” and “89,” and the commanding polyptych “A Carnival of ‘Musical Echo’” are laden with heaving masses of oil pastel that have accumulated on the pictures’ surface like the hardened remains of a pyroclastic flow. 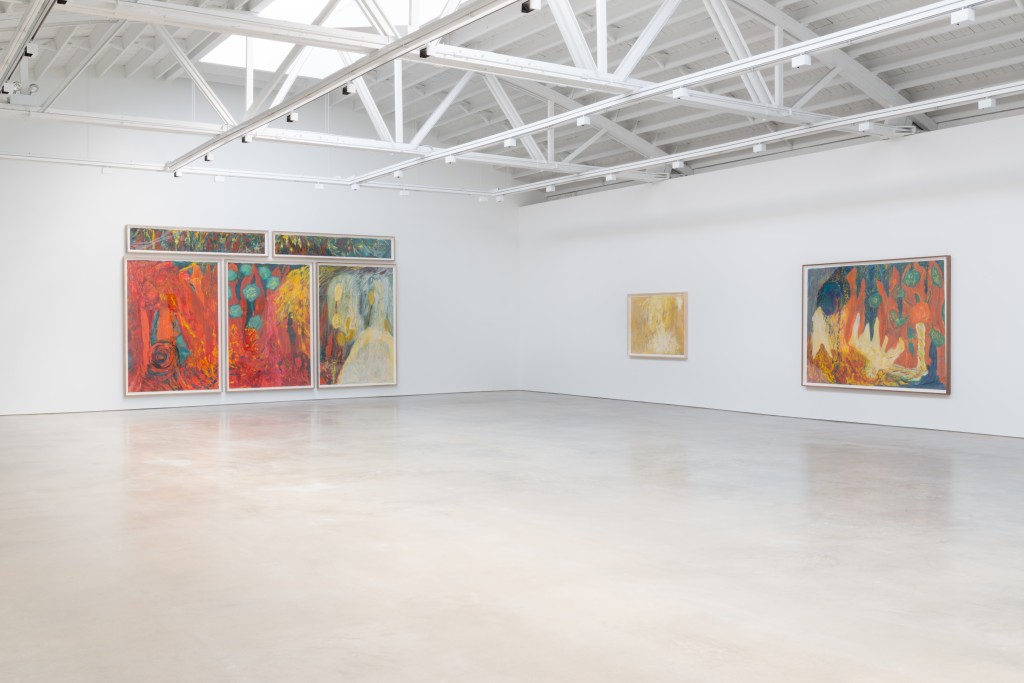 The rapid swirl of Lauter’s promethean touch and the works’ dramatic scale slur together, evoking half-imagined memories of flashing neon lights, Ferris wheels and the strains of carny barkers and calliope notes blending in the night air. It’s not much of a stretch to see Lauter’s ‘carnival’ as a metaphor for life and death itself. The subtitle of the artist’s tondo “Carousel (of thought tormented music)” is a reference to James Joyce’s short story “The Dead” while the structure of “A Carnival of ‘Musical Echo’” is nothing short of a holy altarpiece: a triptych featuring enigmatic scenes of paradise and punishment complete with its own inverted predella.

With the almost imperceptible transformation of art criticism into art coverage, it’s common for writers to heap absurd levels of praise upon contemporary artists whose most significant accomplishment is usually exorbitant auction prices. Consequently, it can be hard to adequately celebrate an artist’s work without seeming vapid, hyperbolic, or both. There are precious few exhibitions—even good ones—that fully satisfy in terms of formal beauty and thematic richness. Fewer still leave me thinking “I really need to go see this again;” Lauter’s “A Carnival of ‘Musical Echo’” does both and more. (Alan Pocaro)