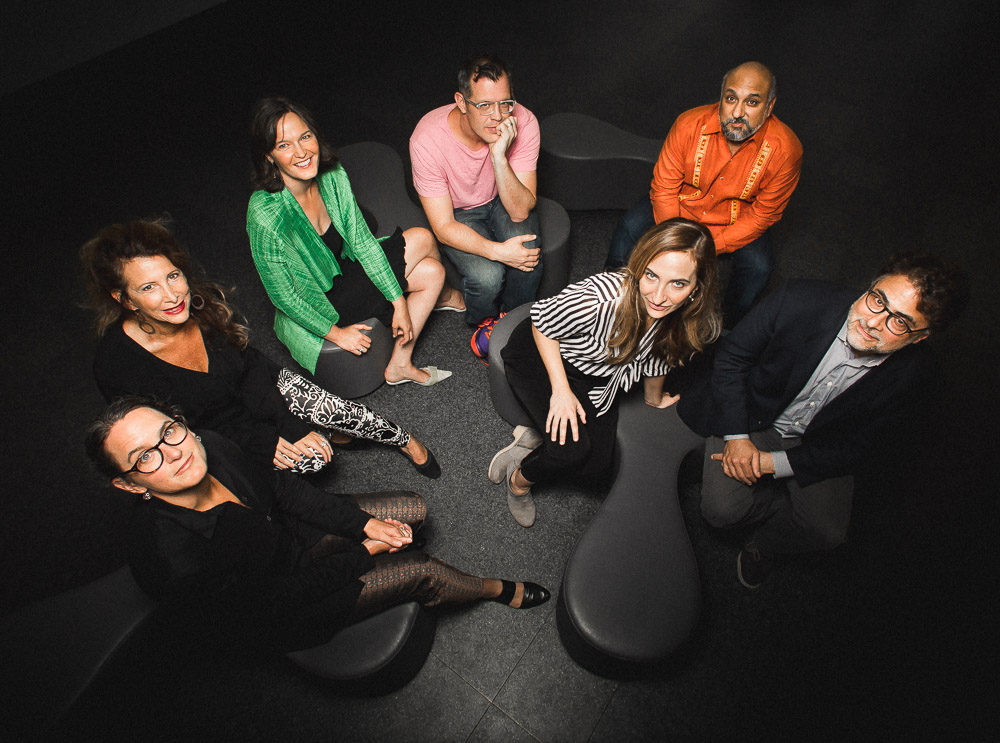 Long heralded as a mecca for alternative practices, collectivity and socially engaged art, Chicago increasingly finds itself among the most visible international art destinations precisely because of its distinct character and openness to change and growth. What makes this city fertile ground for launching new talent and sustaining confirmed genius? A complex and ever-changing network of curators, collectors, administrators, critics, dealers, educators and other enthusiasts cultivate Chicago’s artistic vitality and diversity. The Art 50 is Newcity’s annual snapshot of Chicago’s art ecosystem. This year, we track the power players who shape the terrain in which we thrive.

1
Douglas Druick
President and Director, Art Institute of Chicago
It’s hard to tell which news item the Art Institute has been touting more proudly: this year’s historic gift of $500 million worth of seminal modern and contemporary artworks from mega-collectors Stefan Edlis and Gael Neeson, or being rated the premier museum in the world by TripAdvisor in 2014. Either way, Douglas Druick has lots to be happy about as he heads into his fifth year as president and director of the Art Institute and thirtieth year overall at the museum. With blockbuster exhibitions drawing more than 1.5 million visitors each year, no one holds more sway over Chicago’s art world.

2
Theaster Gates
Founder, Rebuild Foundation, Professor of Art and Director, Arts and Public Life, University of Chicago
Theaster Gates holds strong as Chicago’s art mascot-cum-magnate. A White Cube artist whose constantly evolving practice has redefined the city’s house brand of socially engaged art, Gates’ Rebuild Foundation continues to grow its menu of mixed-use social and cultural institutions. 2015 marked the third convening of his Black Artists Retreat, and this fall, he’ll open Rebuild’s biggest venue yet, the Stony Island Arts Bank. As the director of the University of Chicago’s Arts and Public Life initiative, Gates’ influence is not without controversy. His recent proposal for the university to take the lead in redeveloping the DuSable Museum was met with hefty criticism from South Siders, who sensed in it, fairly or not, the familiar creep of the University’s gentrification efforts.

3
Kenneth Griffin
CEO, Citadel
As hedge fund investors continue to make headlines for scooping up museum-quality artworks at ever-escalating prices, Kenneth Griffin leads the way as one of the most active art buyers worldwide. A creator and trailblazer in his own right, Griffin is a self-made billionaire who runs Citadel, a $24 billion global investment firm. Griffin shares the wealth, frequently loaning pieces from his collection to museums and donating huge sums of capital to support major expansion projects like $19 million to help build the Art Institute’s Modern Wing, and a more recent $10 million gift to create new galleries at the Museum of Contemporary Art. A “passionate and thoughtful collector” according to Paul Gray (also on our list), Griffin has used his tenacity for finance to support art and the museums that house it. For that reason, Chicago is lucky to have him. 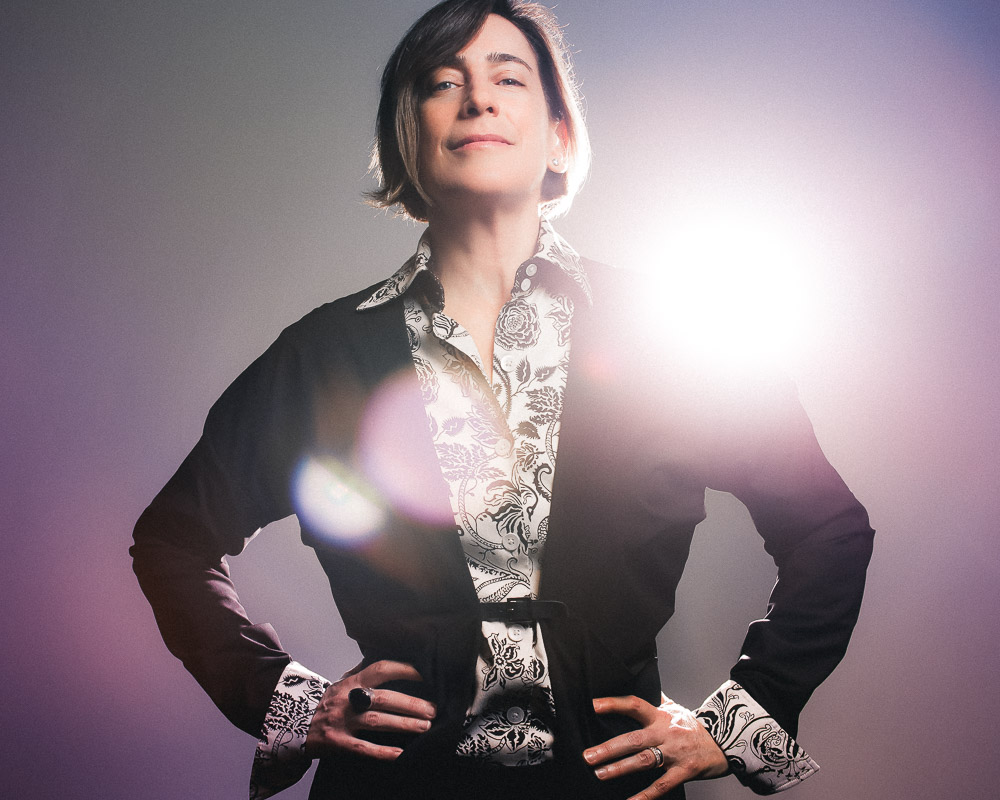 4
Madeleine Grynsztejn
Director, Museum of Contemporary Art
Fresh off a record year for attendance and giving, Madeleine Grynsztejn has seized the MCA’s mounting momentum with a $64 million dollar capital campaign that was nearly completed before it was even announced. With $10 million from Kenneth Griffin and ten more from Stefan Edlis and Gael Neeson, Grynsztejn is well on her way to her goal of reimagining the museum as a more welcoming place for the public. This plan includes a complete redesign and expansion of the building. Though seemingly with little time to spare, Grynsztejn also co-curated this year’s Doris Salcedo retrospective, which travels to New York and Miami. 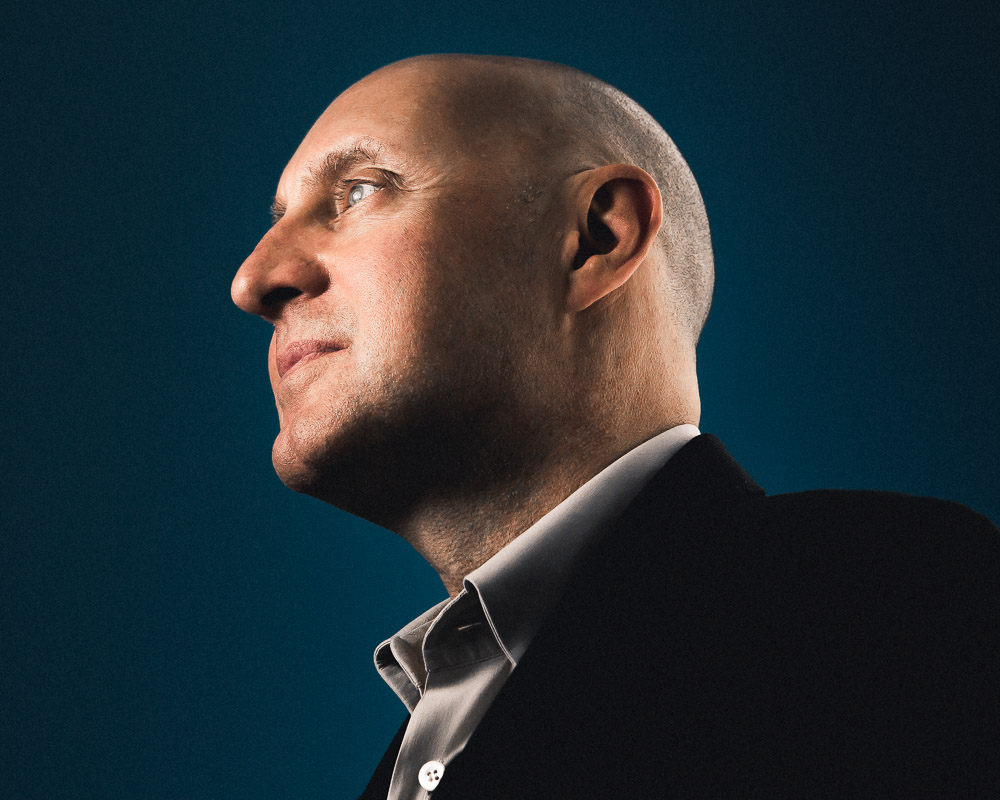 5
Tony Karman
President and Director, EXPO CHICAGO
Tony Karman credits the rising success of EXPO to Chicago’s legacy with art fairs. Long before Basel came to Miami Beach or Frieze colonized New York, Chicago pioneered the American version of this European idea. In the fourth year of its total reboot, EXPO is bigger than ever. A generous thinker, Karman considers the fair’s impact on the larger ecosystem of the Chicago art community, inviting partnerships from local and national non-profits with a series of special exhibitions and site-specific sculptural installations inside and outside the fairgrounds. With its international reach, EXPO is nonetheless beginning to feel homegrown. 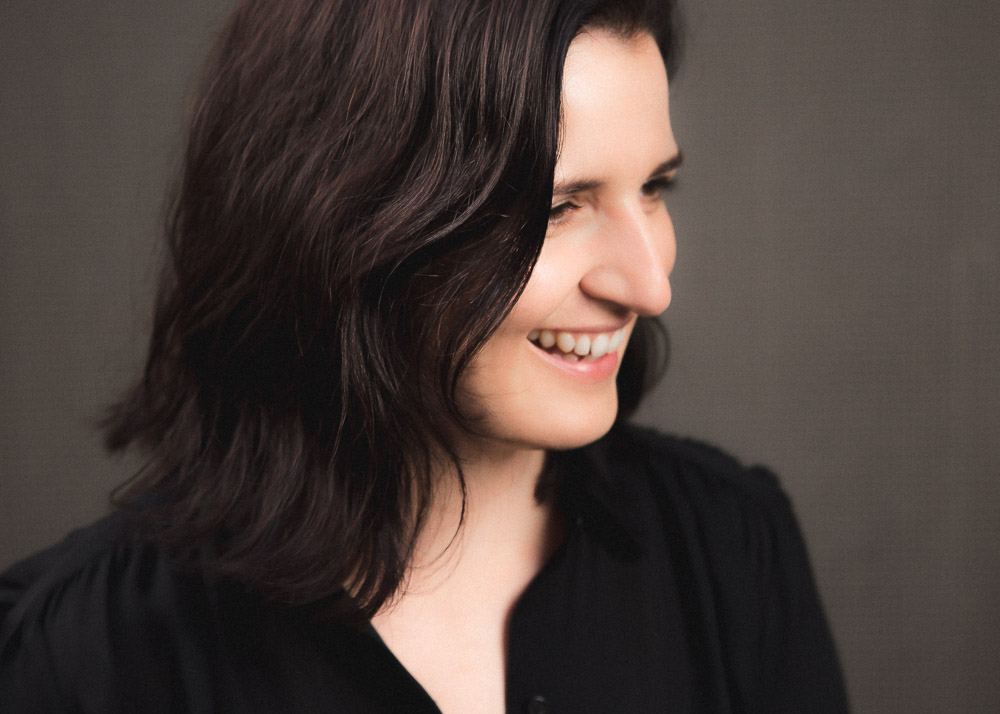 6
Sarah Herda
Director of the Graham Foundation and Co-Curator of the Chicago Architecture Biennial
At the helm of Chicago’s inaugural architecture biennial, the architects and designers have good reason to claim Sarah Herda for their own, but she is also right at home in the art world. Leading the Graham Foundation for just under a decade, Herda has revitalized the venerated institution’s public presence with art and design exhibitions, including a recent, site-specific installation by painter Judy Ledgerwood and the first major survey of the photographs of Barbara Kasten. Under the Graham’s annual granting program, Herda awarded nearly half a million dollars to exhibitions and book projects this year alone, including the Istanbul Biennial project of Chicago artist Michael Rakowitz. 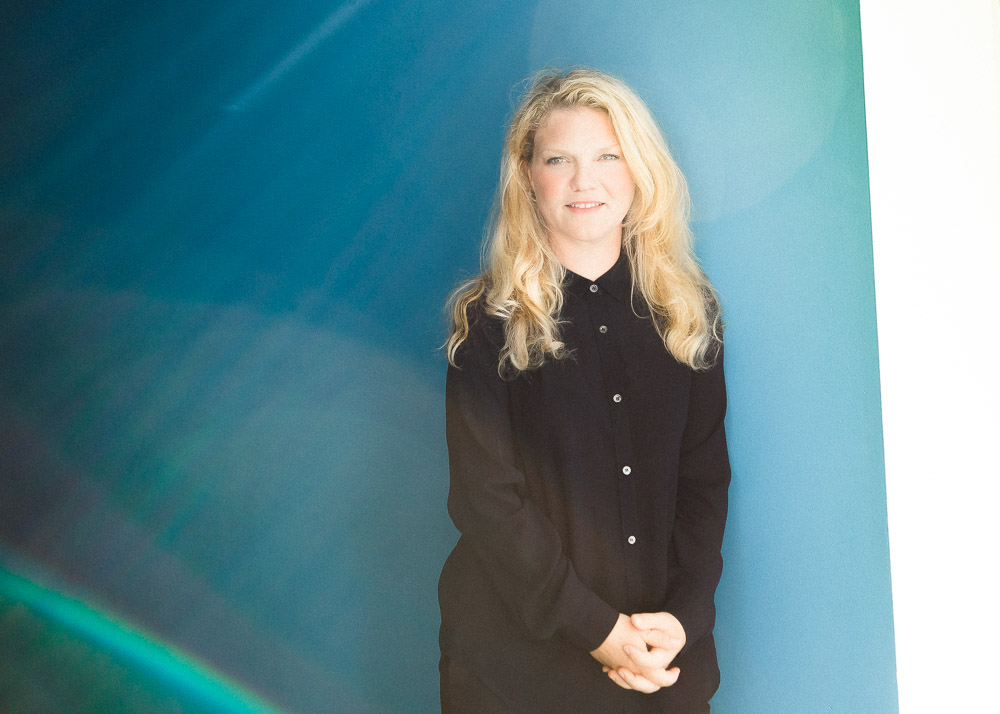 7
Solveig Øvstebø
Executive Director and Chief Curator, The Renaissance Society
Arriving from Norway just two years ago, Solveig Øvstebø has quickly found her place at the center of Chicago’s art world. Taking over the Renaissance Society after the forty-year reign of venerated curator Susanne Ghez would be no easy feat, but add to that curating the exhibitions and programs around the institution’s 100th anniversary and you begin to wonder if Øvstebø thought twice about taking the job. Happily, the Ren marches on with just enough new rhythm to draw new crowds while keeping seasoned fans happy. Long considered the hidden gem of the Chicago art world, Øvstebø is quickly undoing the Ren’s reclusive reputation.

8
Stefan Edlis and Gael Neeson
Collectors
It might have been a shock for the Museum of Contemporary Art when the Vice Chair of its Board of Trustees Stefan Edlis and his wife Gael Neeson gave nearly $500 million worth of modern and contemporary masterpieces to the Art Institute earlier this year, but only the city’s flagship art museum could afford to assume such a massive responsibility. The historic gift came with weighty conditions, namely a fifty-year guaranteed installation of the works. A retired plastics magnate, Edlis also uses his business savvy to dodge hefty taxes when he sells pieces from his collection. 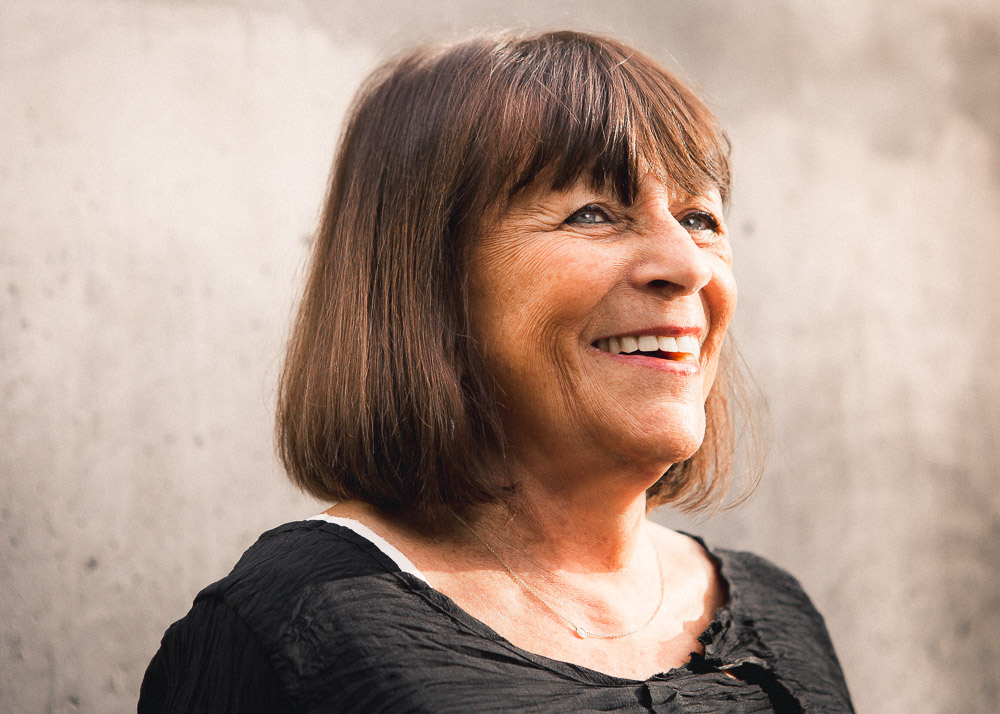 9
Rhona Hoffman
Owner, Rhona Hoffman Gallery
In decades of holding court as Chicago’s most committed gallerist, Rhona Hoffman has worked with some of the world’s most famous contemporary artists, playing a key role in the careers of Barbara Kruger, Cindy Sherman and Jenny Holzer, among many others. Hoffman continues to launch significant new talent, like Mickalene Thomas, who had her first solo show at Hoffman’s gallery, and Siebren Versteeg, another New York notable. True to her city, she also represents some of Chicago’s finest, like Michael Rakowitz, David Schutter and Judy Ledgerwood. Her never-failing instinct for good art is recognized well outside of Chicago; last year Vanity Fair put her on their list of the top fourteen female art dealers. 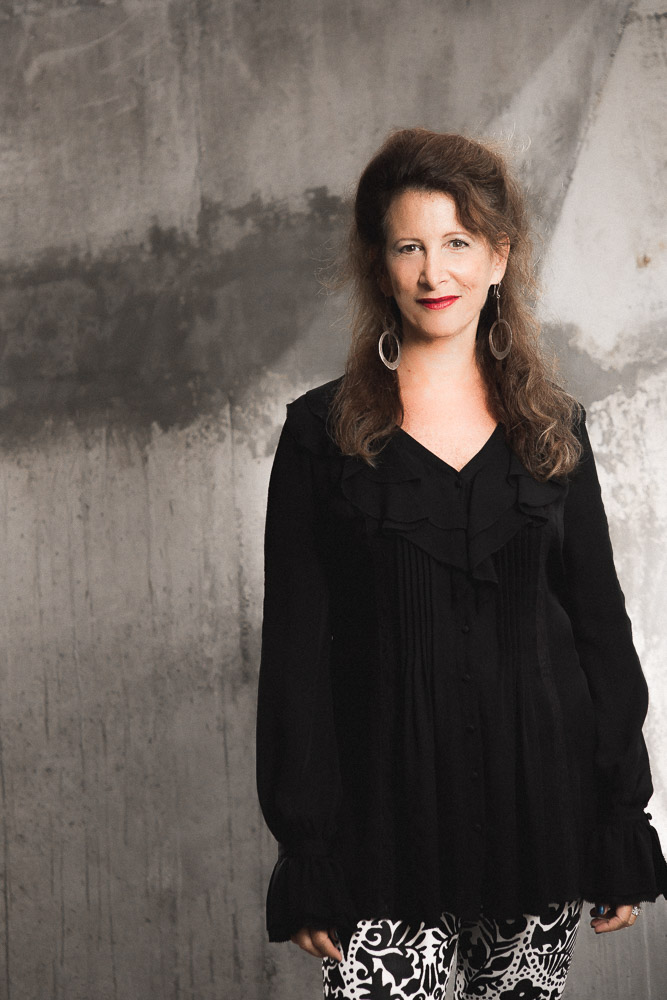 10
Lisa Wainwright
Dean of the Faculty, School of the Art Institute of Chicago
Called “our intellectual leader” by SAIC president Walter Massey, Lisa Wainwright wields immense influence as the dean of the faculty of Chicago’s flagship art school. Herself an art historian, Wainwright deftly straddles the spheres of artistic practice and scholarship, leading a faculty of more than 150 full-time and nearly 700 part-time instructors. Testifying to her expansive vision of what constitutes artistic production, she awarded Kanye West his controversial honorary degree at this year’s graduation, sparking great outrage and even greater fanfare. This fall, she leads academic life during the school’s 150th anniversary.