11
Kavi Gupta
Owner, Kavi Gupta Gallery
With three spaces in Chicago and one in Berlin, Kavi Gupta’s namesake gallery represents a number of well-recognized artists who reside within and beyond the city, including Curtis Mann, Angel Otero, Jessica Stockholder and Mickalene Thomas. Gupta’s artists undoubtedly share his passion for large-scale endeavors: Tony Tasset produced an eighty-foot long outdoor sculpture for the 2014 Whitney Biennial, and Roxy Paine’s 5,000-square-foot maplewood installation in his Elizabeth Street location won the International Association of Art Critics United States award for the best gallery show that same year. Projects of this scale are made possible by the massive fabrication and art storage facility he opened last year in Pilsen.

12
James Rondeau
Curator of Contemporary Art, Art Institute of Chicago
While the massive red-fingered heralds of the Art Institute’s superiority are mostly engorged with the sweat and lucre of tourist-types wishing to gaze upon “Nighthawks” or while away the Lord’s Day on “La Grande Jatte,” it falls upon James Rondeau to make sure that the museum’s collections remain adequately contemporary. The department’s impressive collection and well-curated exhibitions of Rondeau’s tenure—from the screaming-bright Lichtenstein to the pallid wanderings of Charles Ray—ensure that the museum can defend its number-one status well beyond a bevy of Impressionist canvases and American Gothic. The staggering $500 million gift of modern and contemporary canvases by Warhol, Johns, et al. from Chicago collectors Stefan Edlis and Gael Neeson is a hulking gem in the crown of Chicago’s modern art prince. 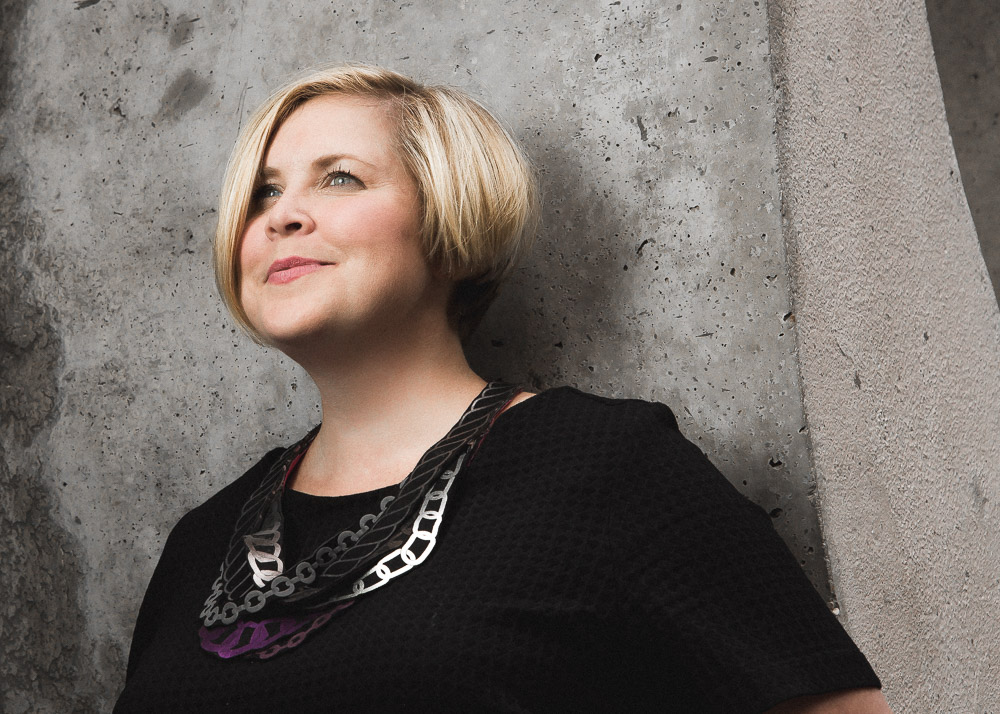 13
Lisa Key
Chief Development Officer, Museum of Contemporary Art
Before joining the MCA to lead its development office, Lisa Key spent ten years at its counterpart in the Art Institute, pulling in big gifts toward the $350 million campaign for the Modern Wing. At the MCA, she is spearheading the fundraising for Madeleine Grynsztejn’s $64 million capital campaign, making this her second major museum rebuild in less than a decade. When she’s not raising millions for the MCA, she’s guiding Threewalls as its Vice Chair. 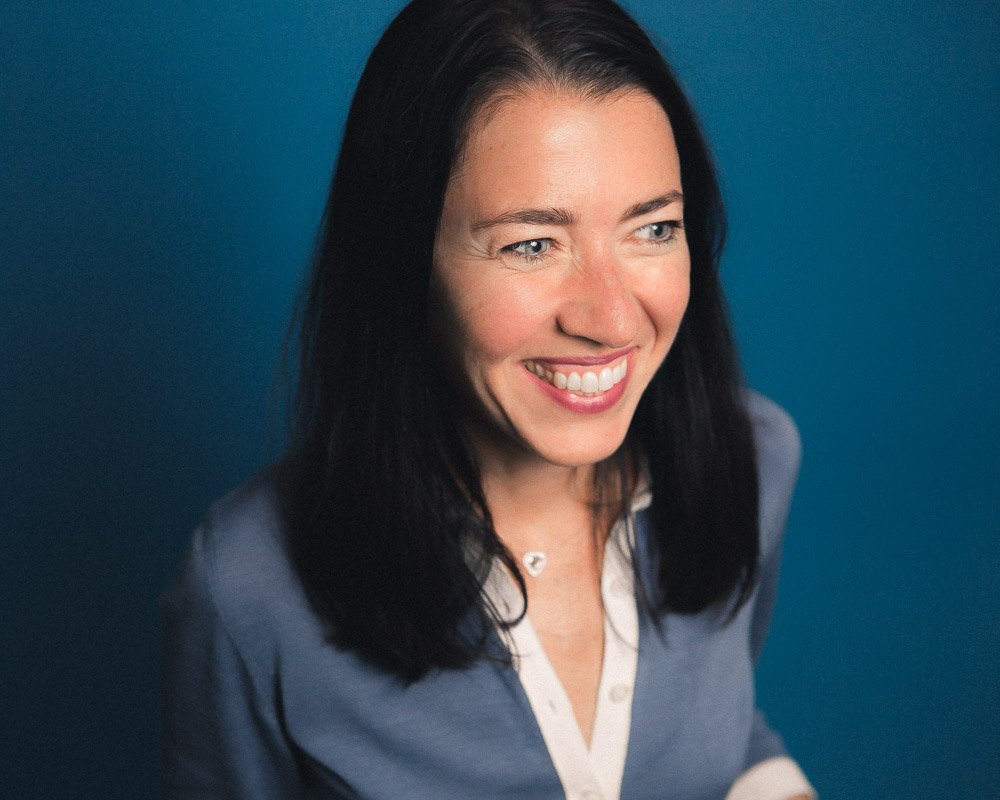 14
Valerie Carberry and Paul Gray
Partners, Richard Gray Gallery
This year, Valerie Carberry closed up shop to join Richard Gray Gallery as a partner alongside Paul Gray, son of the founder. Richard Gray is an undeniable powerhouse, with a named institute at the University of Chicago devoted to connecting art and scholarship and an outpost in New York City. A consultant for some of Chicago’s biggest collectors, Richard Gray’s own collection was deemed good enough for an exhibition at the gift-hungry Art Institute in 2010. Carberry’s eponymous gallery didn’t lack for excellence either, working with Jim Lutes and Laura Letinsky, while mounting historical shows like figure drawing by Jack Tworkov. High up in the Hancock, their space floats above the fray, but one wonders how well they are competing with the national blue chips like Gagosian and Zwirner. 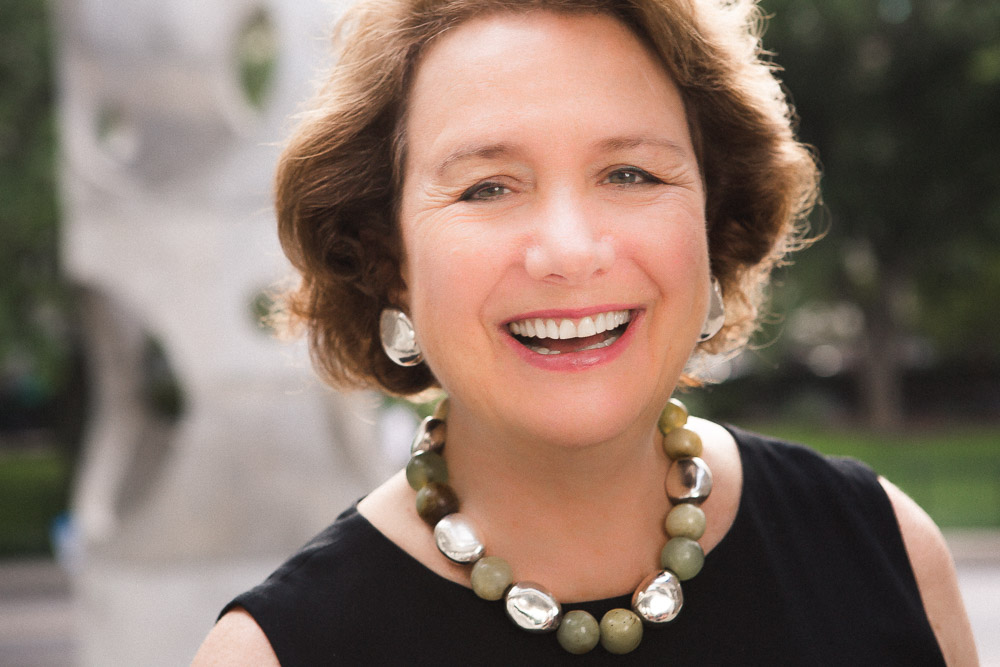 15
Elizabeth Glassman
President and CEO, Terra Foundation for American Art
A self-described “museum without walls,” the Terra owns nearly eight-hundred works of American art that it loans to museums around the world from its Chicago headquarters. The Terra organized the first-ever exhibitions of American art to show at the Louvre and in China, making Elizabeth Glassman a  global ambassador for American art. In 2005, Glassman engineered the Terra’s massive grant program, which since then has given more than $62 million to fund hundreds of exhibitions and programs worldwide, including nearly every museum in Chicago.

16
John Corbett
Partner, Corbett vs. Dempsey
John Corbett is one half of the beloved Noble Square gallery that grew from his extensive research into Chicago’s under-recognized visual art history with gallery partner Jim Dempsey. A curator of numerous festivals and exhibitions, Corbett recently contributed an essay on the history of Chicago’s jazz spots to the Museum of Contemporary Art’s blockbuster exhibition “The Freedom Principle.” He is currently arranging a music series at the Art Institute of Chicago titled “Extensions Out.” A scholar as well as a curator, Corbett has two books on the way: “Microgroove: Forays Into Other Music” and “A Listener’s Guide to Free Improvisation.” 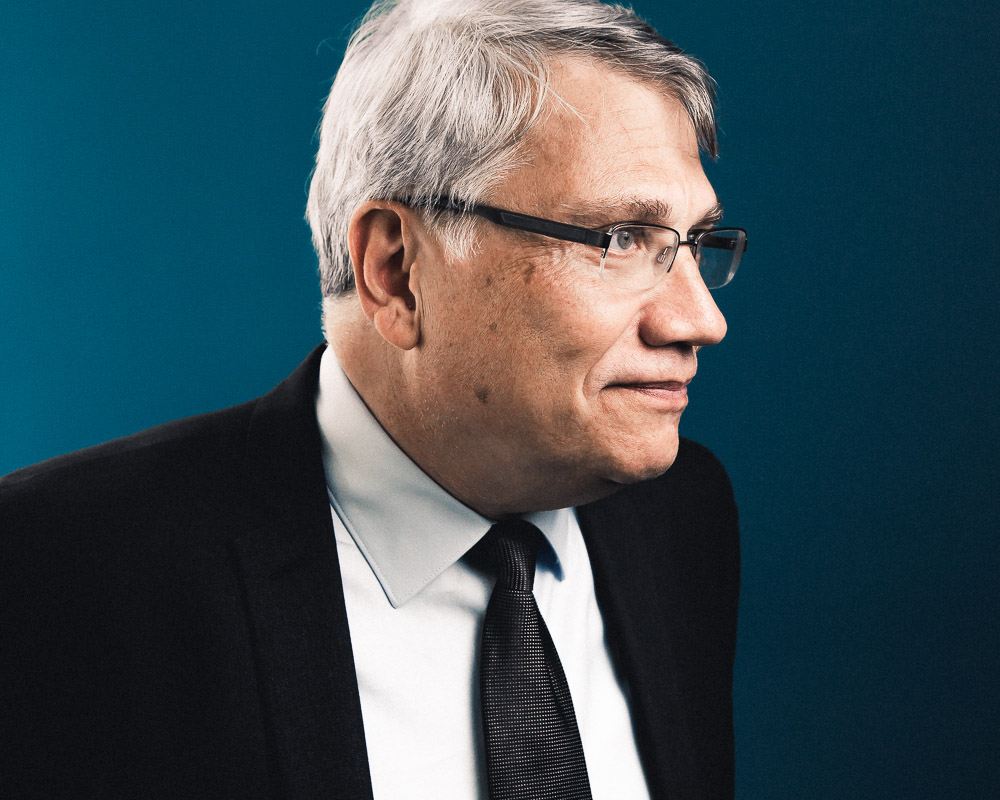 17
Carlos Tortolero
President, National Museum of Mexican Art
Carlos Tortolero saw a critical need in the art life of the city when he founded what is now called the National Museum of Mexican Art. He sees the museum as a place not only to champion Mexican art in America, but also to promote true, vital diversity in the art and culture of Chicago. Nurturing the NMMA since its infancy, he relishes the opportunity to work with his culture and the depth of cosmopolitan understanding it provides him. “It helps you understand other cultures, too,” he says. “It helps you to understand the beauty of creativity that human beings are able to have.” With Chicago’s Latino population at nearly one third of the city’s total and growing, Tortolero marches in the vanguard of a critical cultural campaign in Chicago. 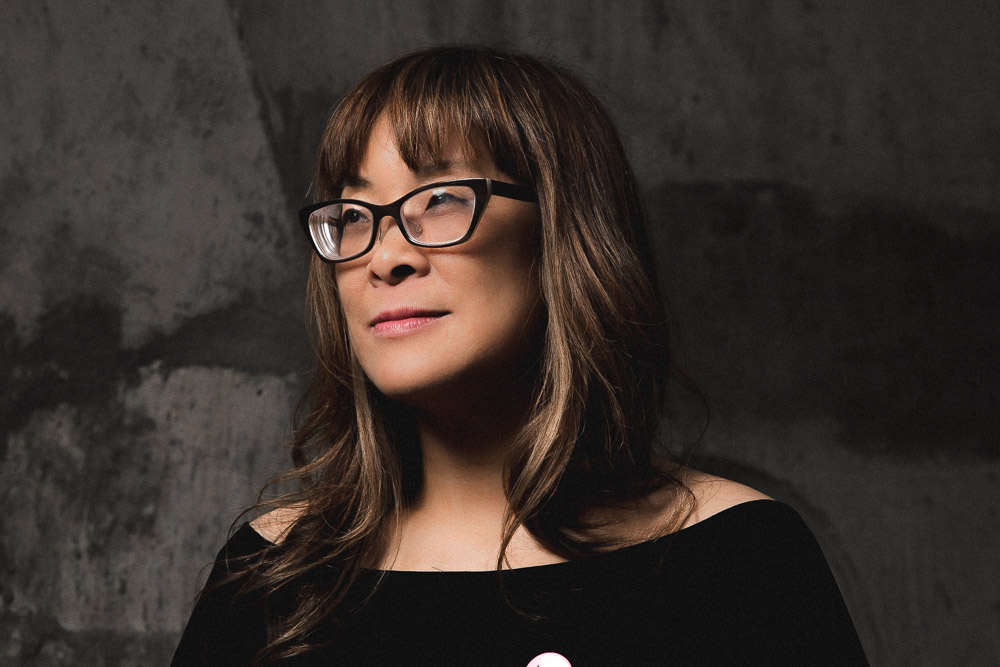 18
Lisa Yun Lee
Director, School of Art and Art History, University of Illinois at Chicago
Lisa Yun Lee took charge of the UIC’s newly fashioned School of Art and Art History as it emerged from a reorganization of schools and departments. Her first project was to launch the NEA-funded UIC Free Summer Art School. Modeled on utopian ideals of art education, the program has offered more than two dozen free art and art history classes to Chicagoans. Never satisfied with the status quo, Lee has also launched a new Bachelor of Arts in Integrated Design and Arts, a humanities-focused major that Lee says will be “transformative to training the next generation of students to apply creativity and innovation to the widest imaginable fields of study and practice.” 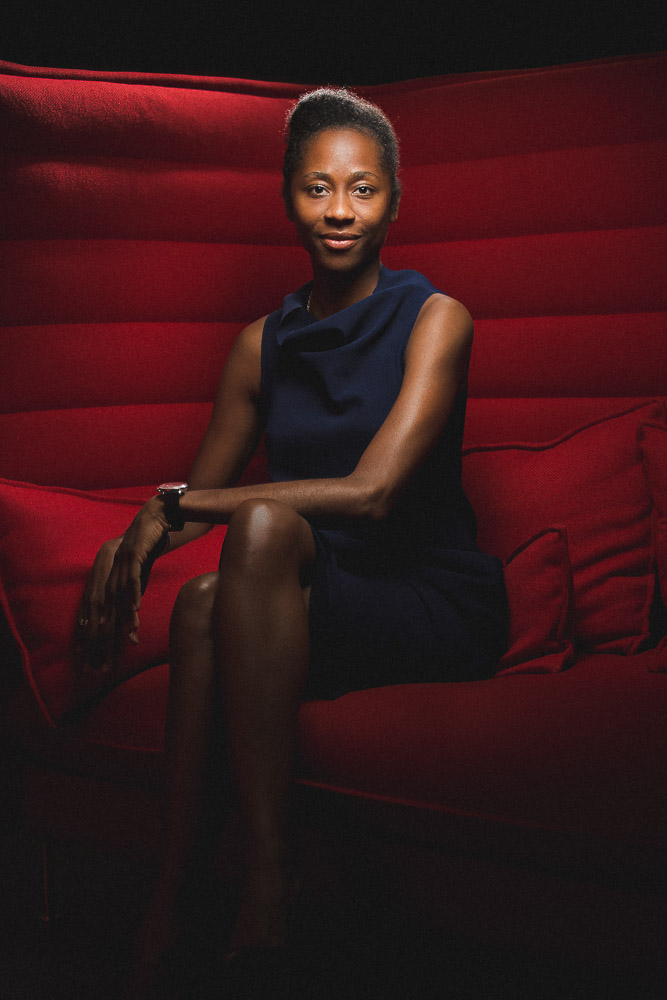 19
Naomi Beckwith
Curator, Museum of Contemporary Art
Proof that Chicago does not need to import all of its cultural capital, Naomi Beckwith is a Chicago native who nonetheless lends a cosmopolitan sensibility to the art on offer at the MCA. With the successful “The Freedom Principle,” co-curated with former Senior Curator Dieter Roelstraete, Beckwith gave Chicago a glimpse of its legacy of black artistic brilliance. Ever versatile, she worked simultaneously with New York-based video artist Keren Cytter for a major solo show. As she frequently travels for research and projects, Beckwith is Chicago’s de facto art ambassador to the world. 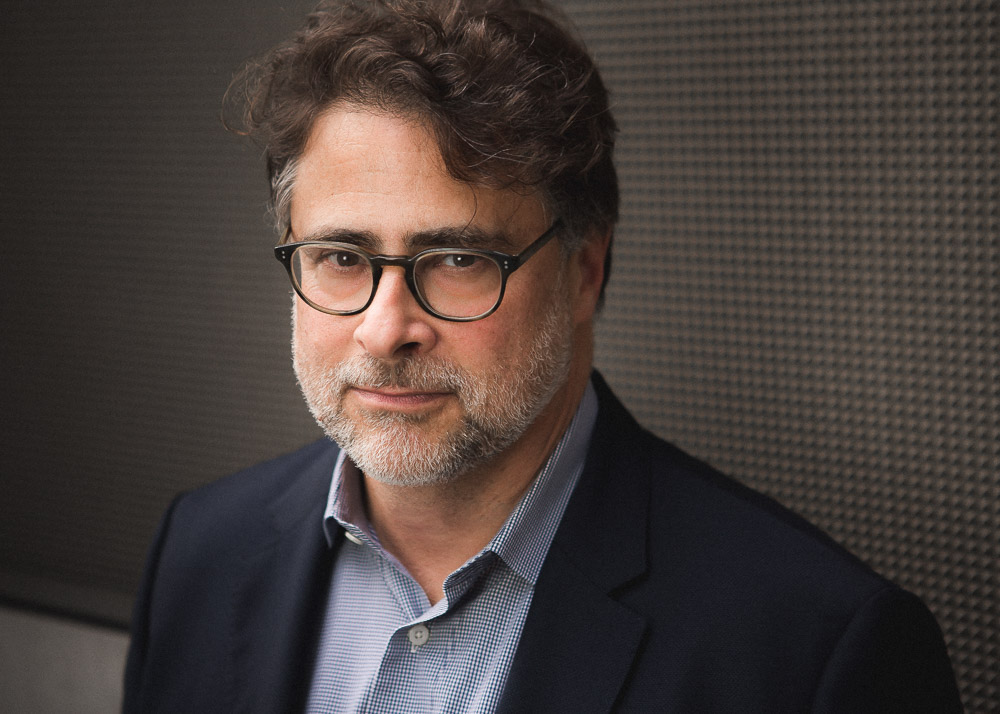 20
Daniel Schulman
Director of Visual Art, City of Chicago, Department of Cultural Affairs and Special Events
Daniel Schulman has fingerprints all over the city. As a former associate curator at the Art Institute, he was responsible for significant acquisitions of art by African-American artists. It is no surprise then that the Cultural Center has built a museum-caliber exhibition record under his watch. Most recently, he landed the nationally touring Archibald Motley retrospective, which also toured to the Los Angeles County Museum of Art and the new Whitney Museum in New York City. Schulman is keeping Chicago art in good national company, and as Rahm clenches the city pursestrings ever tighter, his brilliant track record under incredible constraints is an ironclad argument for the value and importance of supporting public culture.